With the announcement of the first set of AMD RDNA 3 graphics cards – AMD Radeon RX 7900 XT and Radeon RX 7900 XTX – it’s clear that AMD has Nvidia square in its sights. Not only do the new graphics cards offer a highly competitive price point and smaller physical size, but they also feature something Nvidia failed to include on the GeForce RTX 40 Series — DisplayPort 2.1.

DisplayPort 2.1 is the latest Video Electronics Standards Association (VESA) specification. Replacing the longstanding DisplayPort 1.4, the new specification offers a drastic improvement including over twice the max bandwidth, going from 32.8 Gbps up to 80 Gbps. It also supports a compression-less color resolution of 4:4:4 compared to the 4:2:2 and 4:2:0 of DisplayPort 1.4. To put it simply, the 4:4:4 means that each pixel has its own color information as opposed to seeing pixels share information during transmission.

By utilizing DisplayPort 2.1, the possibility is there for resolutions such as 4K at 480Hz all the way up to 16K at 60Hz. DisplayPort 1.4, on the other hand, supports just a max of 8K at 60Hz. With AMD’s new graphics cards, specifically, the inclusion of DisplayPort 2.1 with the hardware allows a max resolution of 8K at 165Hz with a single cable.

Though not many regularly available monitors currently offer the connection, that is anticipated to change as early as 2023. With AMD jumping aboard the DisplayPort 2.1 wagon, it makes a potential purchase decision from consumers easier to swallow. After all, if you are going to spend up to $1,000 USD or more on a new graphics card, you’d expect some sort of future-proofing from the producer. The last thing you want is to spend the money only to have to upgrade in just a year’s time. AMD seemingly offers that whereas Nvidia dropped the ball in a big way. 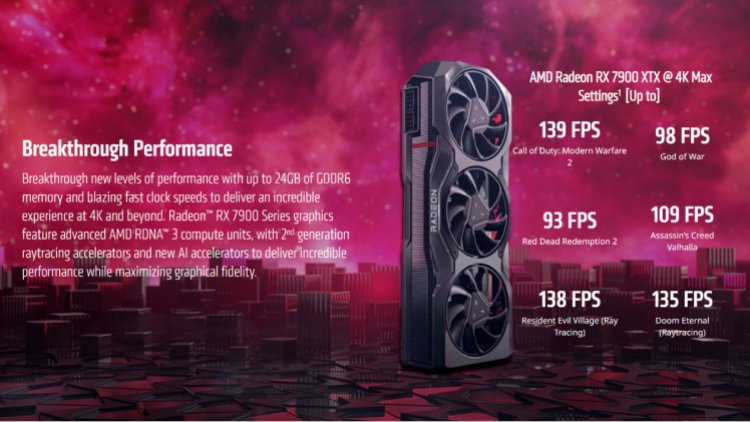