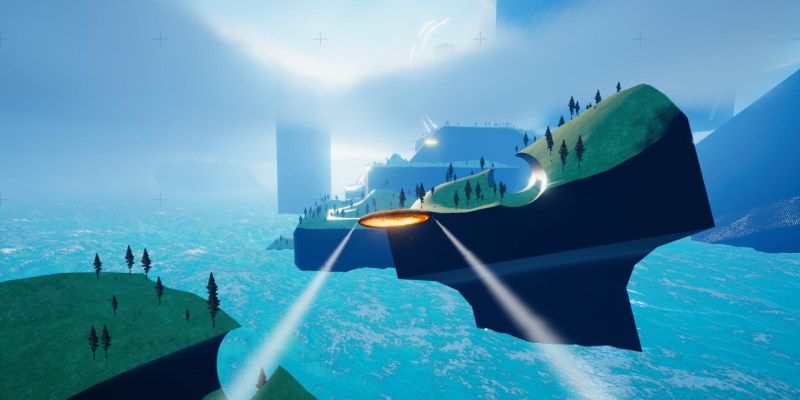 There’s something rare about an unknown experience. Exo One takes players on a journey to unknown worlds by unknown means, putting its focus on traversal above all else. This is a deeply creative endeavor, brought to life with massive, barren areas that players are meant to zoom through at ridiculous speeds. The game doesn’t last long, but it doesn’t need to. It offers entrancing visuals and logical, responsive gameplay mechanics, alongside a mysterious narrative that all coalesces to achieve something that’s quite unlike anything else I’ve played. I’m left with some questions, but pleased with the overall package.

Exo One places players in the cockpit of a vehicle. Sort of. The vehicle in question is a grey orb powered by what I can only imagine to be energy similar to a star. The narrative is cryptic, but it’s mostly understandable, even if I’m not quite sure what happens during the game’s ending. Without giving anything away, the plot concerns the aftermath of a space flight to Jupiter that failed. We see snippets of this via quick flashes of subliminal messages and short bits of dialogue. It’s effective and there’s room for interpretation, which players will no doubt wish to engage in after the roughly 4-hour experience ends.

The game is divided into individual levels that each drop the orb onto a planet. Your goal in most is to make it to a strange transporter that emits blue light. All you need to do is follow the light and you’ll eventually get where you’re going. There are no checkpoints in these levels, but you can’t die. If the game crashes, however, you’ll be required to start the entire level again. Luckily, Exo One was stable for me, running at over 100 fps at all times without any noticeable issues, hitches, or crashes. 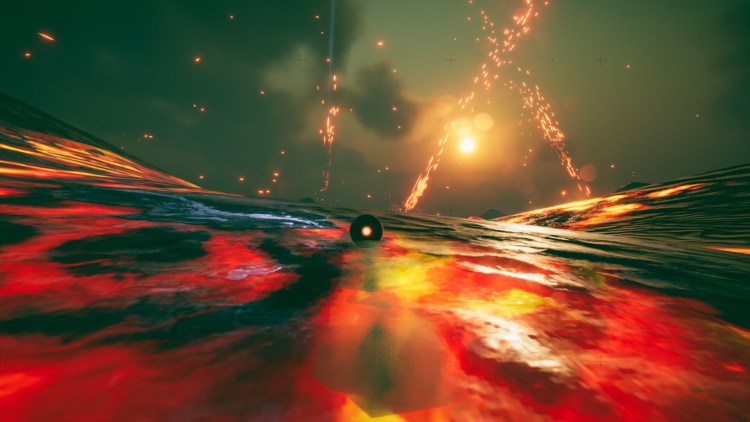 Levels are almost meditative. There are different sorts of planets. You’ll be rolling with rock or ice underfoot, gliding while skipping off the water’s surface, or flinging yourself between clouds. The levels are enormous and your orb moves at breakneck speeds. You’ll almost always be hurtling toward the blue light in the distance. Upon finding it, you roll up a device and witness a trippy sequence as you’re flung through space to the next planet. All of this gives Exo One a bit of an ephemeral quality. My heart thumped in my chest as I stared into the vast expanses before me, unsure of how long it would take to reach my destination.

The orb has few abilities. You can steer it, and holding forward moves you onward. You can also jump and double jump. Then there’s the glide ability, which simply lets you fly through the air, depending on your arc, for however long you have energy. There’s no HUD in Exo One and energy is indicated via how red the internal part of the orb is. When gliding, the orb flattens and you can see the energy peter out before blinking, causing you to drop out of the sky like a stone.

Finally, the orb can increase its gravitational force, which will grant you a burst of speed while moving downhill (or wherever the pull is strongest) and allow you to drop quickly while gliding. You can actually use the gravity drop to give yourself a tiny bit of energy to keep a glide going a bit longer. It will also give you some extra height when used correctly. The controls are highly responsive and feel natural, although the camera is glued to the back of the orb, which takes a bit of getting used to. 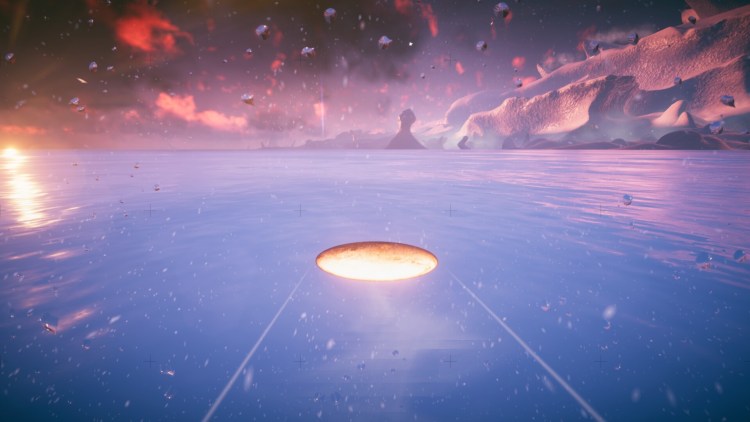 Early on, I was a bit worried that Exo One would get boring or wear out its welcome. Starter levels have you hold forward and move to your destination and not much else. While this is what you’ll spend most of the game doing, there are multiple levels that change things up considerably. One level requires you to search for a few energy sources to power up the transporter. Another has you rolling a large sphere for reasons that I’m unsure of. But the most impressive, surprising sequences, come later.

One places you on an asteroid and requires you to slingshot to the transporter using gravity. It’s tricky and perhaps more unclear than need be, but it’s a fascinating section all the same. It helps that the asteroids are right near a massive red star, which made for a stunning set piece. Other levels are almost akin to platformers, requiring you to find a way upward to make your way through. You can fall quite a ways, but Exo One doesn’t leave you high and dry and has failsafes that get you back where you were, even if you mess up in a big way.

One of the most clever levels in the game removes most of the orb’s functions, save for gravity, so you have to navigate through parts of the level with nothing but the ability to turn that on at the right time. If you press off the gravity as the orb is approaching an incline, it’ll go flying, allowing you to cover large amounts of ground. It’s quite the sight to behold. The levels also look incredible, as they have a huge amount of variety, which really adds to the game’s appeal. The game’s use of color is also often quite striking. 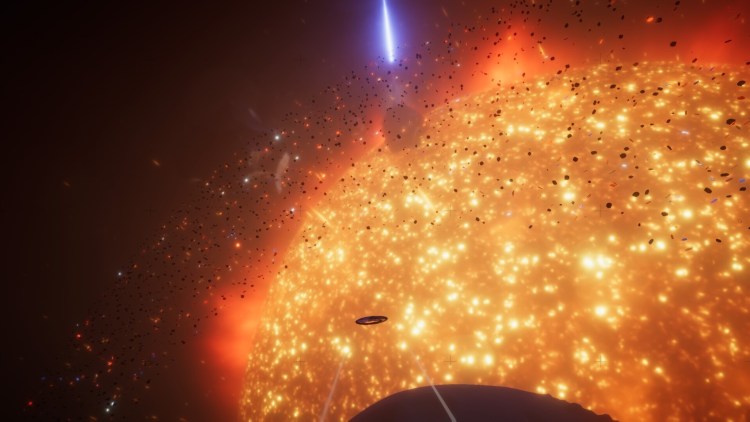 Exo One‘s ending is strange and feels a little anticlimactic, but that’s probably the best way to end such an enigmatic experience. It doesn’t last all that long, but I feel the length is appropriate, as the gameplay would have likely begun to drag had it gone on much longer. However, I still think there’s a lot of untapped potential for a more gameplay-oriented experience built around challenging players to use the orb’s abilities to conquer navigation challenges. Those wouldn’t necessarily fit all that well in such a specific game, but the mechanics are so intriguing that they’d lend themselves well to such a thing regardless. Still, I’m quite taken with Exo One and appreciate the bold things it attempts, even if it could probably stand to have a little less “hold forward for minutes on end” during its runtime.

Intriguing and startlingly original, Exo One offers a quiet, meditative experience that's both foreign and mysterious.