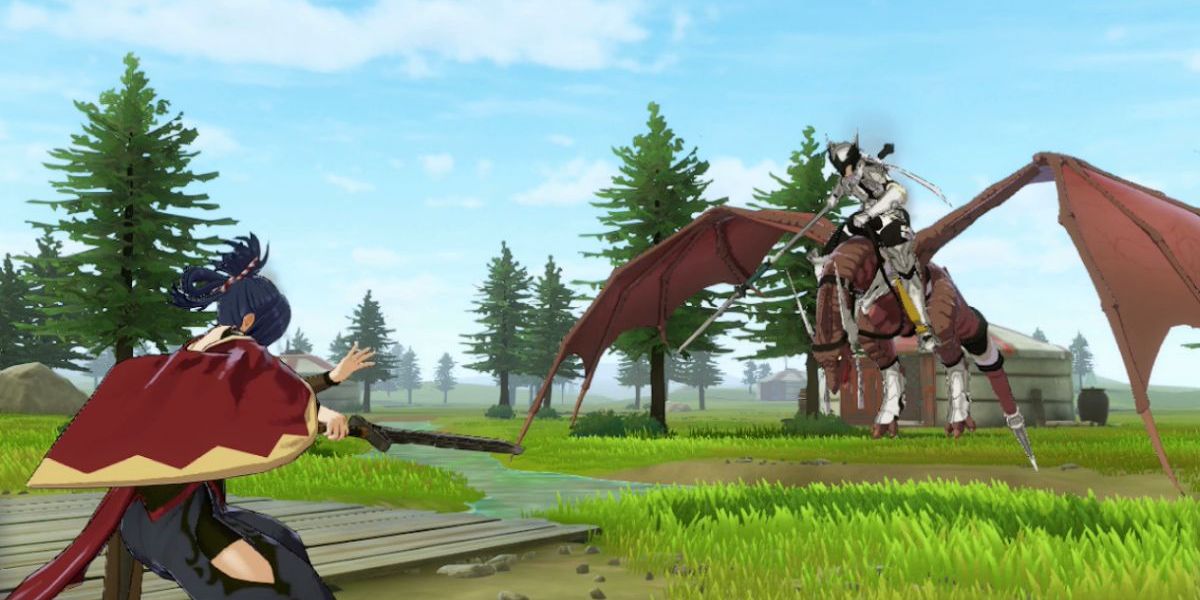 In Fire Emblem Engage, units will frequently clash on the battlefield. The outcome of each duel depends not only on character stats, but on weapons equipped. Each type of weapon has a strength and a weakness that allows its bearer to flourish or flounder. Here’s our guide on weapon strengths and weaknesses in Fire Emblem Engage.

The general rule to keep in mind while playing Fire Emblem Engage is that weapons operate a lot like a game of rock paper scissors. There are melee and ranged weapons, each with strengths and weaknesses against others of their class. 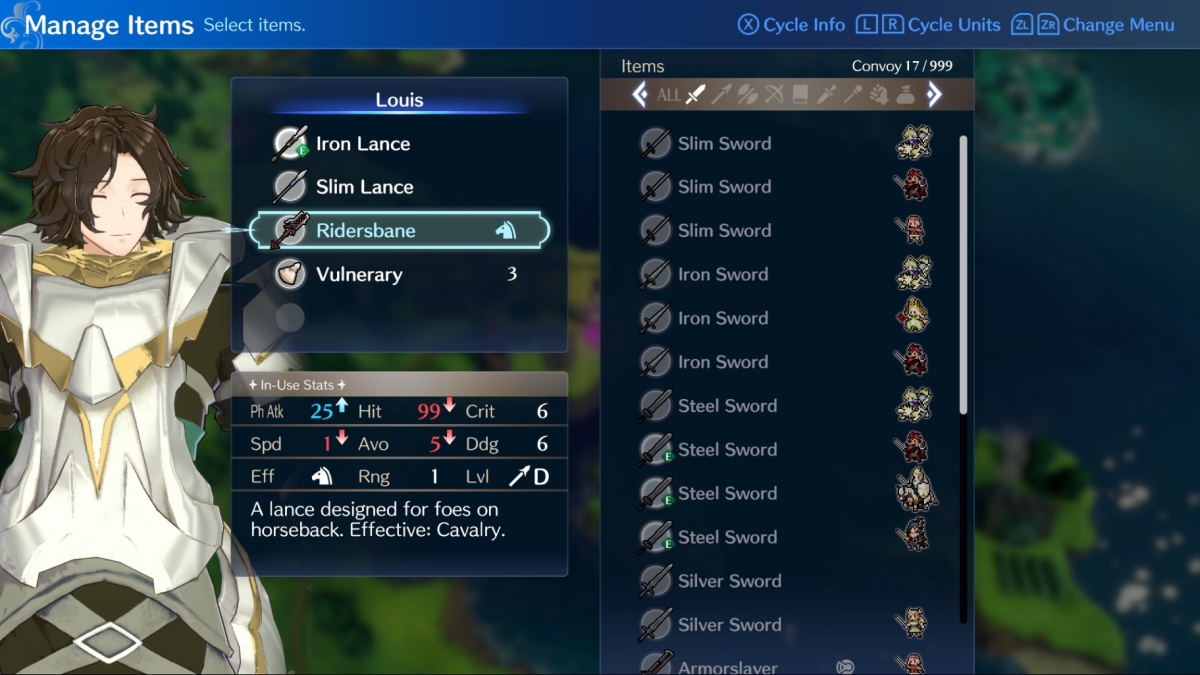 Ahead of combat, pay particular attention to the equipment your warriors possess. Individual units are typically proficient in more than one weapon type. They can also gain additional proficiencies by engaging with Emblems. Have your warriors carry multiple weapon types in order to account for varying situations on the battlefield.

On the Inventory screen where you manage items, check individual stats for information about special efficiencies. For instance, Louis (pictured above) can equip the Ridersbane to gain efficiency against Cavalry units. Additionally, that weapon will fare well in general against enemies wielding swords. In combat, when you are initiating an attack against an enemy, you will see details about the predicted outcome. These are a good guideline, but they don’t account for dodges or critical attacks. You can press L or R to cycle through weapons in your character’s inventory, with varying results possible.

When cycling through weapons, note the weapon emblems below character portraits. In the above case, Rosado is about to use the Iron Axe, which has a blue arrow indicating it is especially effective against the enemy’s Spear. Use that data to guide your choices about which weapons to use on your attack.

Fire Emblem Engage can be purchased on the Nintendo Store. Jason Venter
Jason Venter first met Mario and Luigi in the Apple IIe port of Mario Bros. He has been playing and writing about games ever since. When he's not busy diving into the fantasy worlds others have created, Jason enjoys building worlds of his own in his capacity as an indie author. Occasionally, he also interacts with real human beings.

By Kurt Perry16 mins ago
Guides

By Keren Philosophales4 hours ago
Guides

By Iya Paterno20 hours ago
Guides