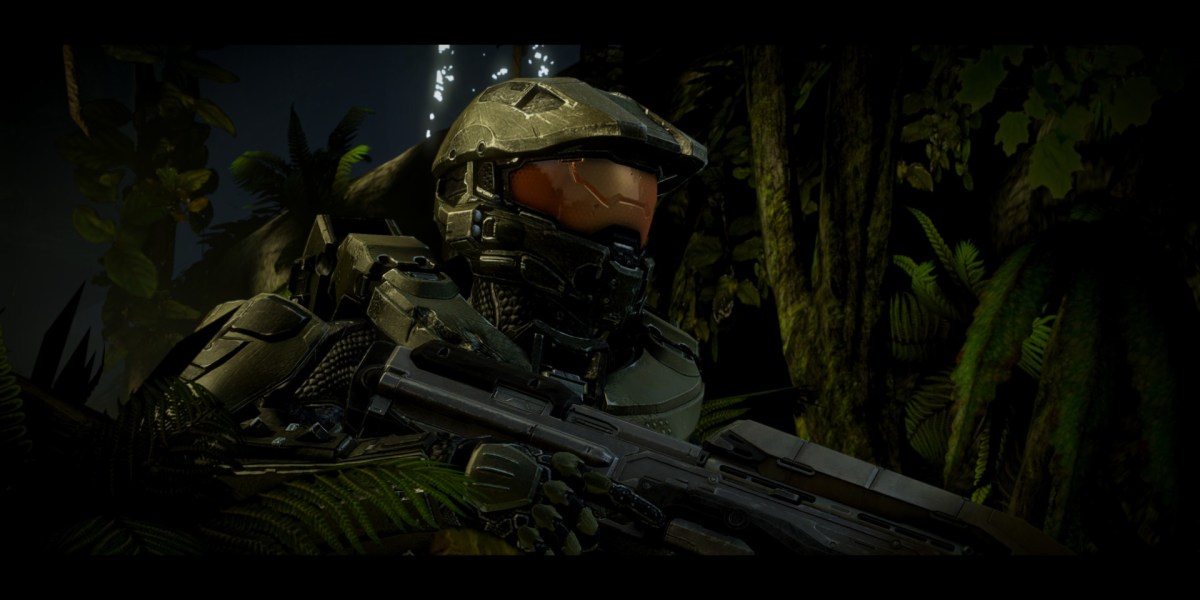 I used to joke that Microsoft needed to rename Halo’s primary protagonist “Master Thief,” because that bastard has stolen more hours and money from me than I’m willing to admit. Having never owned an original Xbox, ironically enough, that means that my first Halo experience was actually on PC. Thankfully, Xbox Games Studios and 343 Industries have seen fit to port their uber-collection of Master Chief titles to PC, albeit taking their damn sweet time in the process. Now that the Halo 4 installment is available for PC, does it still hold up? Quite a bit has changed in the last eight years.

One of the biggest unknowns from the launch of Halo: The Master Chief Collection was: how would the game fare? After it was beaten into oblivion upon its initial launch, 343 Industries opted to pace itself and focus on releasing one game at a time on PC. This approach seems to have paid dividends, while also allowing keyboard jockeys the chance to progressively savor each morsel of John 117’s career. Personally, I was always on the fence about Halo 4 in general. However, given the opportunity to come in with a fresh set of eyes that were no longer dealing with serious franchise fatigue, my takeaways were far more positive this time around.

If you’ve been keeping track at home, at the end of Halo 3 Master Chief and Cortana were afloat in a vessel, lost in deep space, and awaiting their next call to arms. Fast forward four years, and it feels like things haven’t changed much in the galaxy, aside from the Flood going the way of the dodo. Instead, the Forerunners have taken their place, and the game is immeasurably better because of it. As the two main protagonists make their way towards the Forerunner planet of Requiem, it becomes very apparent that the UNSC is in some serious trouble. Out of nowhere, the UNSC Forward Unto Dawn appears and is caught in the planet’s gravity well. Slowly but steadily, the vessel begins its crash landing into the installation’s surface. In an attempt to warn the ship about their impending doom, Chief and his faltering AI try to send an emergency. Unfortunately, they ended up making the situation infinitely worse by accidentally releasing the Didact instead. This mean son of a bitch is a misguided remnant of the Forerunners, intent on enslaving all of humanity inside of Promethean husks. After all, what better way to avoid being absorbed by the Flood than to not have any organic material at all?

Without going too much deeper down the narrative rabbit hole, there is one other key point established very early on in the campaign: Cortana is going rampant. For those not versed in the AI lore of the Halo universe, after about seven years of deployment, AIs begin to develop a chronic case of what I believe is technically referred to as the “herp-a-derps.” Their mental faculties eventually reach such an elevated level that they literally analyze themselves to death. So along with trying to prevent the Didact from unleashing all sorts of hell on humanity, Chief is stuck dealing with a glitching AI that he’s doing everything in his power to protect and salvage. After spending so many moons in the orbit of developer Bungie, it was great to see 343 Industries get a chance to stretch its wings. The developer managed to craft a storyline that felt like it was far more complex than had previously been seen in the franchise. This was then further augmented by the addition of the episodic Spartan Ops content, which I hadn’t had the chance to re-experience since I blew through them in 2012. I was pleasantly surprised to see how well this additional campaign both built upon the existing canon, while also setting the stage for the next generation of Halo storytelling.

Easily the biggest improvement of this installment, gameplay-wise, is the substantial boost that the Forerunners/Prometheans provide the weapon arsenal. In previous iterations, the Flood would essentially repurpose either UNSC or Covenant firearms and brought very little else to the table. The Prometheans, on the other hand, are known for their advanced technology and bring their own broomsticks to the battle. Every newly-introduced weapon has a decidedly high-tech appearance, performance, and even sound, despite essentially being equivalents to previously-established armaments. I know it might not seem like much on paper, but having a fresh set of ways to dispatch enemies was a step in the right direction.

Another benefit of having a third faction that isn’t just a glorified zombie (still looking at you, Flood) is that it provides a chance to restructure the AI behaviors in combat. Both of the opposing forces were more lifelike and responsive than previous installments. Enemies will react to sound, flinch when a shot ricochets near them, or even run for cover when they can’t see UNSC opposition. Plus, the Promethean ability to disappear and rematerialize in a new location across the battlefield continuously kept me on my toes and swearing at the monitor. While there are plenty of items that can be debated about Halo 4 as a whole, one factor that isn’t up for discussion are the stellar visuals. I remember being blown away at how good it looked even back in the Xbox 360 era. Yet, somehow, 343 and company managed to go in and make it look even better with the aid of modern technologies. Every aspect of the presentation has been improved from the texture work all the way down to the smooth-as-silk animations. The insane level of polish is even more apparent when playing using either the 120fps or uncapped framerates. Hell, even cutscenes appear to have been given a healthy dose of TLC. Top-to-bottom, the PC version of the experience is superior to the console installments in damn near every way.

And what would a review of a mainline game in the Halo franchise be without touching on their storied multiplayer modes? Considering the budding eSports community that has sprung up around the game, it’s safe to say that the first Microsoft-only installment did its best to continue that trend. Granted, it will never be able to hold up to the gold standard that was the Halo 2 and 3’s multiplayer suites, but that sort of comparison isn’t really fair to any of the parties involved. It’s like comparing apples to Volkswagens if they were both equipped with machine gun turrets. Many of the advancements on the multiplayer side were mainly to bring it into parity with the expectations of the Call of Duty crowd. Thankfully, the addition of weapon loadouts, killstreaks, and an overall increase in match pace helps to modernize what had otherwise been in stasis since Halo 3. Along with these very necessary enhancements, the game didn’t lose sight of where it came from, as most of the larger maps are where the real fun is at. These massive, sprawling stages do a great job of encouraging and rewarding exploration, while also allowing the fun of 8v8 Big Team Battles to shine through.

Despite being shockingly solid, that isn’t to say that everything is perfect. At the risk of sounding like a console fanboy, it just never felt right to me playing on a mouse and keyboard. (Yes, I know. For shame!). Perhaps the fact that I originally played the game from behind the sticks is coloring my perception slightly, but for some reason, it just felt a bit, well, off. After numerous hours stuck behind the keys, playing Destiny on PC, the comparable default control scheme for Halo 4 was terrible. Press “C” to run? Press “1” to switch between all weapons, instead of each being mapped to its own key? “Shift” to use armor powers? Thank Christ for the ability to remap keys, because otherwise I would’ve been hosed beyond all belief.

If you’d told me six years ago that the Halo: The Master Chief Collection would end up coming to PC, especially after the disasterbacle that was its launch on Xbox One, I would’ve laughed in your face. Yet, somehow Microsoft has managed to right the ship, with Halo 4 delivering the most expansive and impressive PC outing to date. A hopeless rescue mission has never been this much fun.

343 Industries has managed to bring Halo: The Master Chief Collection to a stellar close with the release of Halo 4. Despite the campaign's storyline being a bit of a mess, the developer still managed to deliver an outstanding singleplayer experience that's worth a replay. Mix in esports-level multiplayer, and you have a recipe for an outstanding last stand.