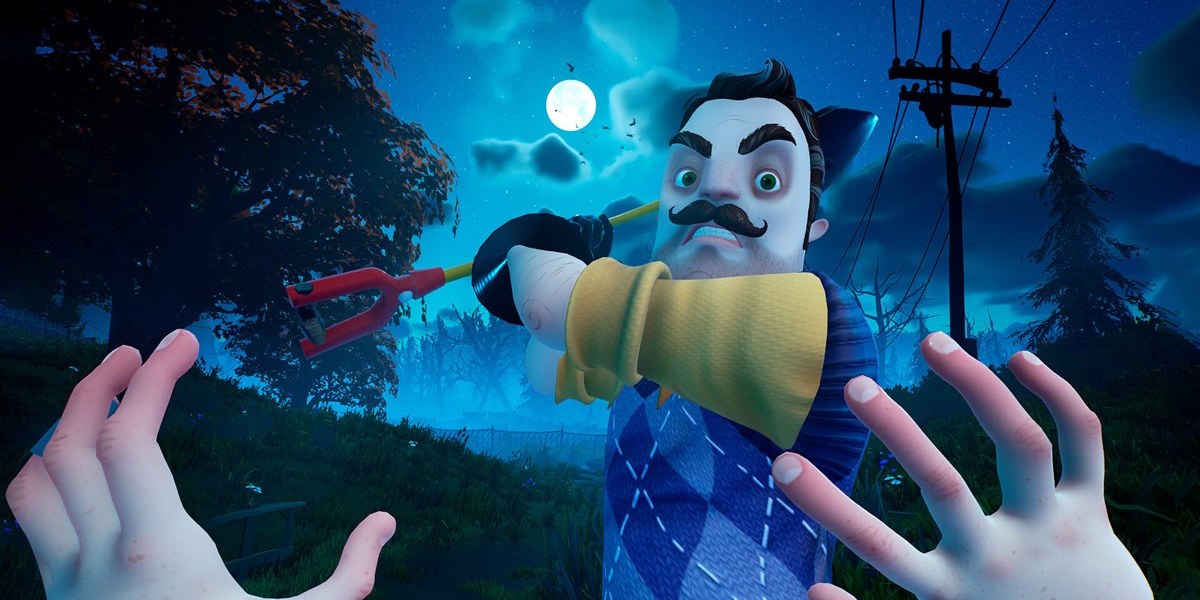 Hello Neighbor 2, from Eerie Guest and tinyBuild, is touted as a stealth horror game. This sequel to the 2017 title promises quite a bit of puzzle solving and town exploration, as well as a lot of sneaking around lest the angry adults spot you. Unfortunately, it’s also marred by issues with NPC AI.

Indeed, this particular problem causes the gameplay to veer from one where you try to obtain objects and risk getting discovered, to that which straddles the line between clumsy hilarity and outright frustration. And, while I only played a couple of portions, these were enough to sour my experience.

Hello Neighbor 2 puts you in the shoes of a young investigative journalist who’s looking to solve the mystery of Raven Brooks. The campaign begins with your character trapped in a barn, whereupon you’ll have to look for different cogs to unlock the door. With a minimalist HUD interface (i.e., there are no icons or prompts that tell you what you need to do or where to find certain items), it sets the stage for what could be a promising journey. After all, if there’s one thing I love, it’s a good ol’ brain teaser.

Upon exiting said barn, though, Mr. Peterson ends up clobbering you, and you wake up back at home. You notice the posters of several missing children, and that feeling of unease that creeps in: the village hides a sinister secret. As you look outside, you see several houses lining the streets, and these create an assumption that the whole area is explorable — a sandbox adventure, if you will. It isn’t, as you’re mostly nudged to visit specific houses to complete the puzzles, leading to another day and another house to check out. The first house you can visit in Hello Neighbor 2 is owned by a policeman. In what serves as an introduction to the game’s stealth mechanics, it gradually turns into a buggy and comical mess. Firstly, the AI can be easily tricked. If the cop sees you, he beelines in your direction, though you could just as easily backtrack to the sidewalk and he’ll do nothing but stare. That allows you to circle around the house to enter it and grab the important stuff you need. Of course, if you do get caught, you’ll be taken back outside. You’ll lose all the items found inside the house, but you can reacquire them again.

Considering the above, a second problem is presented: the lack of any tension build-up. This is an important factor in decent horror offerings. Without the semblance of a greater risk, there’s really no payoff. There doesn’t seem to be any rhyme or reason as to how the AI behaves. I’m told that NPCs would grab the items you took and place them back where they used to be, and that they could easily hear noises. Still, there were instances when they’d rush inside a room despite no noise being made, they’d get stuck behind doors, or they’d happily lose track of my character even though I got spotted just a few seconds prior.

In these instances, I could either rush back to the street or find a cabinet to hide in. The atmosphere wasn’t necessarily gripping either once patrols became predictable, and all I could hear were wordless grunts. 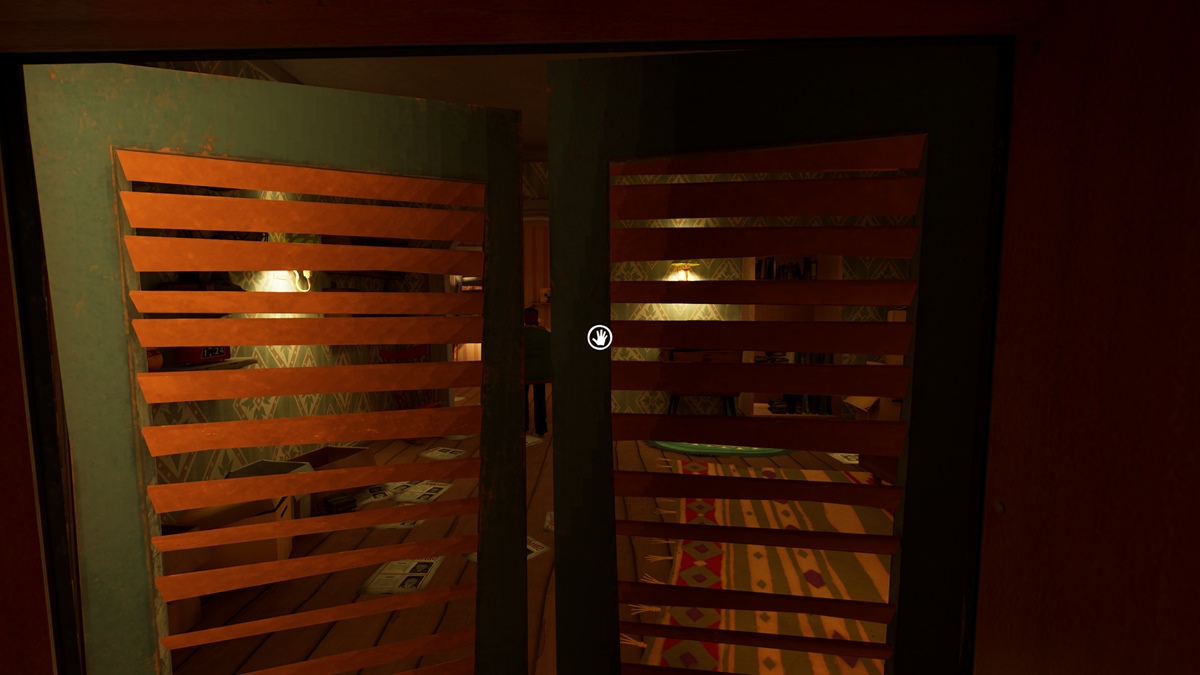 At least there’s a cat

In the second mission, I had to finish the objectives in the bakery. All the clues were simply based on context, such as knowing the code but finding out that the cash register is missing buttons. One of these items is held by a cat (and cats are awesome!). The furry fuzzball won’t give it up so easily, so you’ll have to find treats to distract it. Likewise, there’s a task where you have to sneakily steal a key from the baker’s back pocket. Eventually, I headed to the museum, where Mr. Peterson was waiting.

Overall, I feel that Hello Neighbor 2 can be better with more polished AI behavior. As it stands, the usual problem with clunky AI reared its ugly head, and tricking NPCs was the way to go. In doing so, the elements of horror and tension were greatly diminished. Additionally, the stealth mechanics could use some tweaks, such as being able to peak at corners, using various methods of distraction, or more audible footsteps. Right now, the game isn’t something worthwhile, even if you could breeze through the campaign. There is also DLC, mostly just short runs in other locations, but there was nothing that piqued my interest. 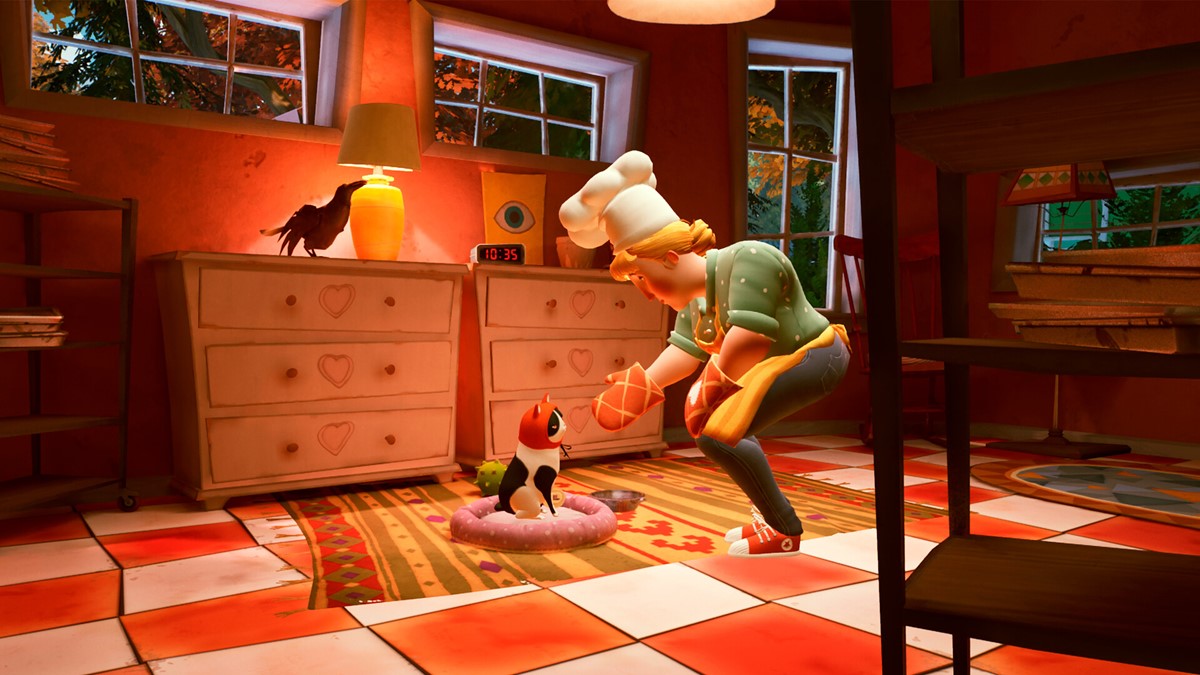