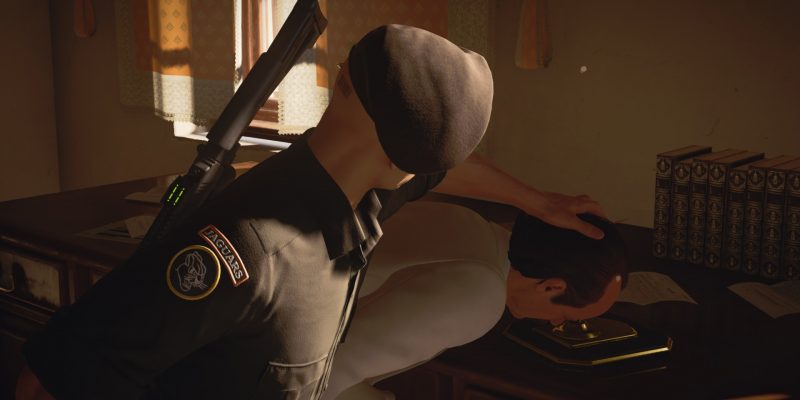 Ideally, you should do this after taking out Vidal with poison since the starting location’s fairly close.

Head to the asado party and listen to the conversation between the Llosa brothers. It seems they need to find a torch to light the asado.

Oh, and check out that mic stand in the center of the area too. 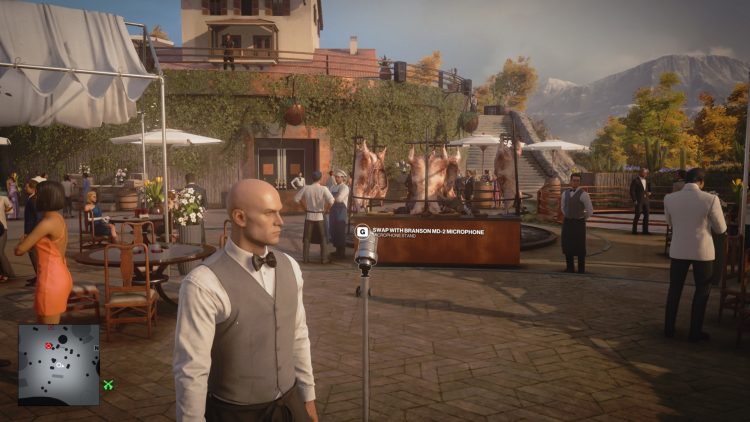 For now, follow one of the Llosa brothers as he goes to the villa. If you’re dressed as a waiter, you should be allowed to the front yard. The Llosa brother will end up talking to the two staffers for a long while which means you can just grab the torch behind the van.

Note 1: Just bash him in the head and take his outfit to complete a discovery challenge, then reload your save.

Note 2: Another reason why you want to save here is that you’re at the villa already. You can complete a few other assassination challenges later after reloading. 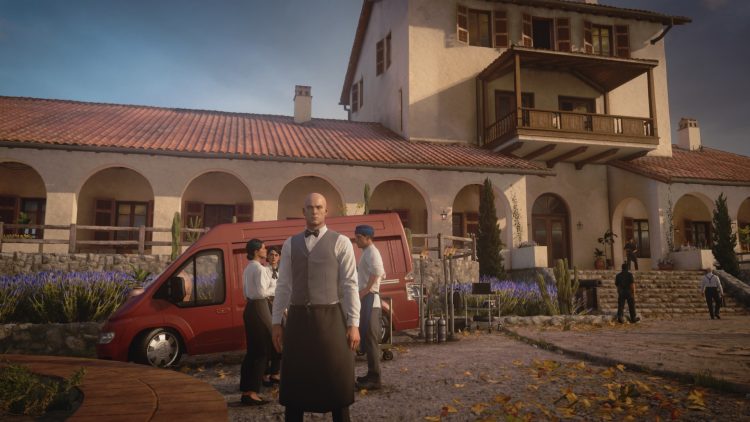 Return to the asado area and light the meat using the torch to get “Asador” done. The other chef will then call Archibald Yates.

Before Yates arrives (he’ll take a minute or two), go to the cinema one level below. Grab the Bronson MD-2 mic from the crate.

Note: If you want to try other kill types (poison or drowning), you can take the emetic and lethal poisons from the room under the staircase. These poisons can be added to Yates’ wineglass or asado. 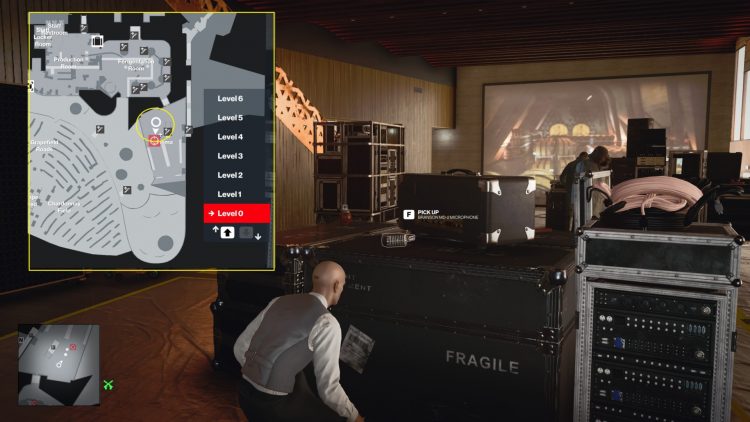 “The Orator” assassination challenge – Back at the asado party, replace the mic with the Bronson that you just found. Then, activate the nearby switch to overload it. Yates will arrive and make a “shocking” speech the moment he touches the mic.

The hilarious part about this is that mic electrocution was how you killed one of your targets, Jordan Cross, in the 2016 Hitman game. In Hitman 3, take a look at the two guests who are watching Yates meet the same end: it’s Heidi Santoro and Dexy Barat, Cross’ bandmate and manager respectively.

Anyway, let’s talk about eliminating Yates with a pen and via the garden shredder. 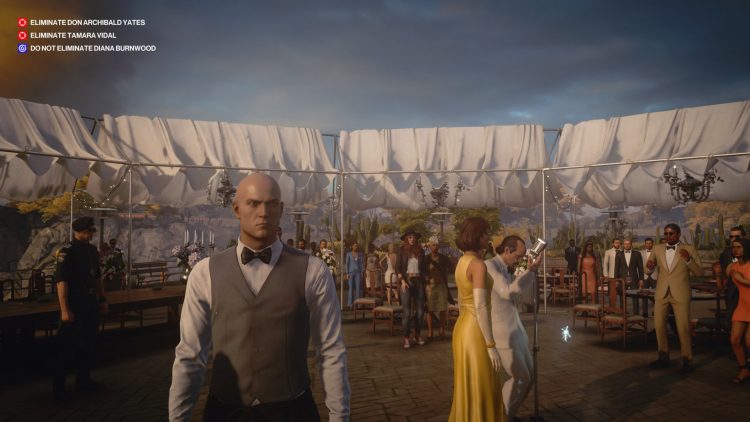