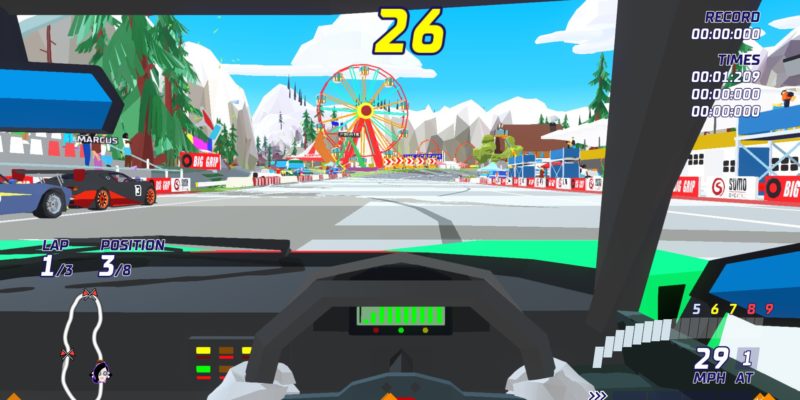 Some games deliver exactly what they promise. In this case, Hotshot Racing promises a throwback to the flat polygonal arcade racers of the mid-90s. And, y’know what? That’s precisely what it is. It’s fast, entertaining, and chaotic, but what you see is what you get. If you want a retro racing game with very solid, enjoyable racing and colorful tracks, you certainly won’t go wrong here.

Hotshot Racing only has a few modes. The meatiest of these is the Grand Prix mode. There are four of these, each with four unique tracks, giving the game a total of sixteen. This works exactly like every other racing game you’ve ever played. You pick from eight racers, each of which is fully modeled in low-poly style, and then pick from their four available cars. Your goal is to win the Grand Prix and get a trophy. Each character gets their own unique win screen too. What a time to be alive.

All modes of play in Hotshot Racing have three difficulties: normal, hard, and extreme. It doesn’t take much imagination to guess how these compare. Normal is going to be a great fit for people of average skill levels, while hard is quite challenging. Extreme is borderline impossible, unless you’re a drift master. Seriously, you’ll probably run out of time to even make it to the checkpoints in extreme, as it absolutely doesn’t mess around. 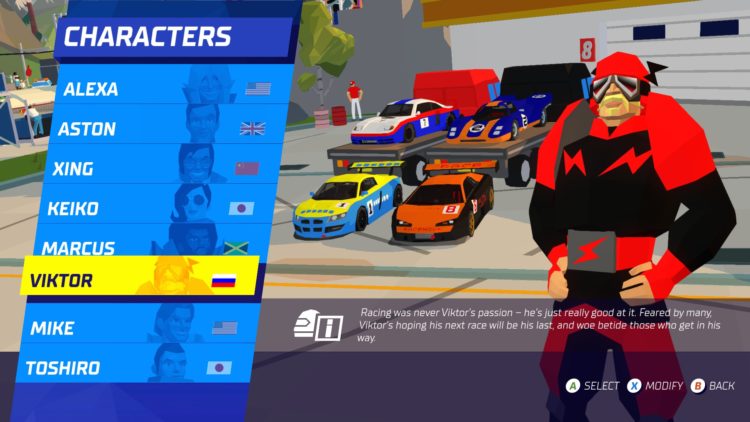 The races in Hotshot Racing focus on laps and checkpoints. You can increase the number of laps you run in non-GP modes, but the default is three. You’ve got a certain amount of time to hit each checkpoint. If you fail to do so, you lose. There are other modes of play as well, such as cops and robbers, where you play as cops and crash into racers in order to stop them from racing. If the racers complete their laps before they’re all eliminated, the cops lose. Then there’s a mode where you take damage if you drop below a certain speed. If your health runs out, your car explodes and you lose. There’s also a time trial mode. Please don’t make me explain what that is.

Each racer’s four cars are divided into four basic categories: the all-rounder, faster cars, cars that accelerate more quickly, and cars that are better at drifting. Winning races gets you cash that you can spend on skins for your racers and their cars, plus for a bevy of car decorations. You can change colors, the wheels, the headlights, the steering wheel, etc etc. Whether or not you spend a lot of time on these things is going to vary wildly based on personal preference.

But how’s the racing? It’s good! Cars are fast and the tracks are really neat, with a wide variety of them. You race through a ski town, a casino, and even a dinosaur park. The game’s graphics also look very good for what they are, as everything has plenty of personality despite the inherent simplicity. The car handling is very arcadey and focused on drifting. The drifts feel slippery and can be harder to control, but it doesn’t take long before it becomes second-nature and you’re slipping and sliding all over the track. There’s also a suite of online modes. 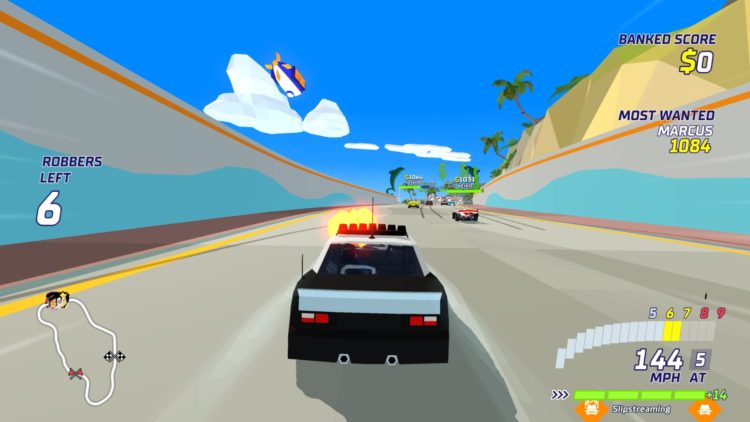 Shot through the heart

Whether people put a lot of time into Hotshot Racing really boils down to how alive the online community will be. The game’s modes, while fun, are as basic and barebones as they come. The racing is perfectly enjoyable, and I have a good time drifting around the tracks to build up boost before flying off towards the finish line. As I said at the beginning, this is a standard, well-made retro racing game that will satisfy anyone looking for just that. There’s not much meat on the bone, but it gets the job done nicely. 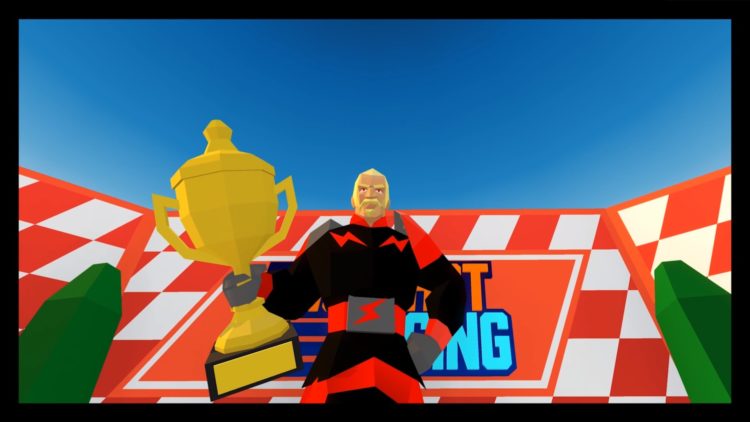 Hotshot Racing is an enjoyable racing game that will almost certainly be enjoyed by its target audience. There isn't much content, though, and it's an extremely basic, simple game that will be extremely familiar to anyone who played racers during the 90s.

The new World of Warcraft: Shadowlands mounts are open for voting