There are a few reasons you might want to go and visit the Radiation Zone. It’s a PvP hotspot, you can unlock the M13B assault rifle, and it’s full of useful loot. However, you’ll want to be prepared before heading over or else things could get messy. Here’s our guide on how to find the Radiation Zone and Chemist location in Warzone 2 DMZ.

The Radiation Zone is marked on your map by a yellow circle containing a nuclear radiation symbol. This area is extremely dangerous, as it contains strong enemies, a high chance of PvP encounters, and constant radiation.

When heading into the Radiation Zone, a few items are recommended to streamline the process. The ideal setup includes a well-equipped primary weapon, a three-plate armor vest, additional armor plates to heal up, a full gas mask, and an armored vehicle. The best vehicles to use are the armored truck, cargo truck, and LTV. 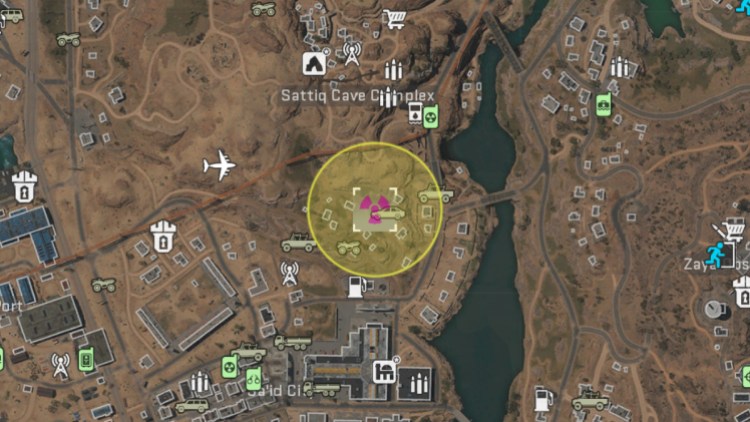 When you’re ready to go, drive into the Radiation Zone and look around for the Chemist. The Chemist is a boss enemy in DMZ who only spawns in the Radiation Zone. They are a heavily armored soldier who wears a bright yellow hazmat suit. If you find him, drive up close to him in your armored vehicle, kill him, pick up the M13B variant he drops, and then get out and exfil with it.

Unfortunately, it isn’t guaranteed that the DMZ Chemist boss will be in the radiation zone every time. Since you are on a shared server, there’s always a chance that someone beat you to it and killed the Chemist already. The Chemist does not respawn, and, if you miss your chance, you need to exfil and try again on your next run.

By Daniel Pinheiro22 hours ago
Guides