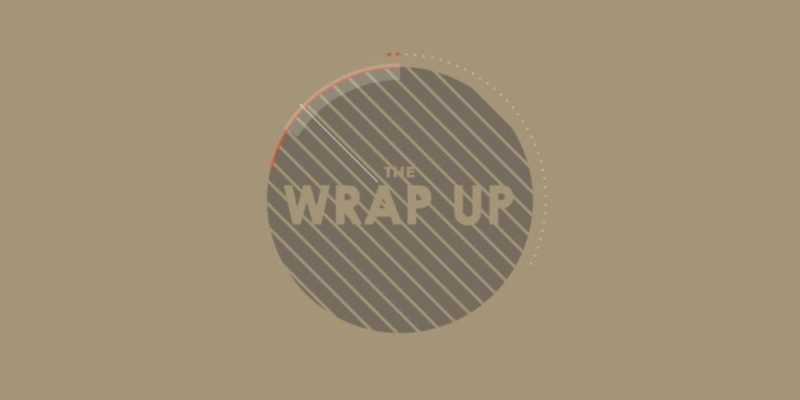 With all the right blocks in the wrong order, inFAMOUS so far has been a pretender to what it truly strives to be; more like, than a love, always promising more than what is given. Shortly after the initial next-gen announcement dust settled, Second Son quickly became the forerunner in the “This is the game that will justify your purchase” conversation for PlayStation 4 early adopters. Following the mixed success of the first two offerings, has developer Sucker Punch’s “I think I can” exclusive pushed into the realm of must have or is it just more of the middle road that you already know?

Spray-painting, beanie-wearing Delsin Rowe, a rebellious member of the fictitious Okomish Indian tribe, is who the story now focuses on. His brother Reggie is the new sheriff ’round these parts and, like the ever-protective big brother, he just doesn’t understand Delsin. For fans who connected with previous main man, Cole, they may not get him, either. Following a quick series of coincidences, Delsin realizes his conduit destiny and accepts his fate almost too quickly, perhaps even relishes it, much to his brother’s dismay.

Delsin is everything Cole was not. Brash, arrogant, even welcoming of his powers, he is a direct contrast to the reluctant conduit Cole was cast as — arguably for the better. For those uninitiated in the ways of this world, conduits are basically mutants — shunned, feared, discriminated against, and ultimately what lay the foundation for the pair’s arrival in Seattle. As far as main characters go, I found Delsin a more attractive avatar for the moral conundrums, destruction-dealing, and encounters within Second Son, but as for actually caring about the character, that commodity’s still a bit of a stretch.

It’s right around this point where I picked my jaw up off the floor. The visual splendour and performance Sucker Punch has delivered is simply amazing. From the open world of Seattle — a departure from the franchise’s previous imaginary cities of New Marais and Empire  City — to the best use of facial capturing I’ve seen yet, Second Son wows from the onset. With every new power gained came a showcase of oohs & ahhs and I was continually impressed with what was showcased on screen.

Benefiting greatly from this technology is the catalyst for much of what transpires, Augustine, and with every subtle smirk, the leader of the occupying DUP forces grew on me and in many ways, steals the show. I doubt the character would have come across as well without the facial animation at work; Augustine does her best to give you a villain worth hating long enough to enjoy. It’s a shame Sucker Punch didn’t give her more to do because Augustine holds a lot of potential.

Visuals do not make a game; yet, in this instance, advancements in facial capturing technology elevated my previous interest in the characters from tepid at best to lukewarm acceptance. Let’s face it: this universe’s personas were always a challenge to invest in. As the main character, Cole MacGrath sufficed, but his companion Zeke was insufferable and as a result, counterproductive to what you’re expected to feel. Herein lies the problem, creative expectation. This jarring juxtaposition remains a constant that inFAMOUS  still hasn’t moved past. They believe their story is concrete, their characters are interesting, and that they are building upon a rich lore that captivates its audience with evolution and depth. Unfortunately, none of this rings true and operating under that assumption continually stunts growth that the narrative desperately needs.

Taking place seven years after inFAMOUS 2, Second Son is so far removed from past consequences that it feels like a pseudo reboot with how quickly it renders many past events inconsequential. Not wanting to create a barrier for newcomers in intelligent design, especially during a console’s infancy, but a little exposition for series fans should have been included throughout. As it stands, the main quest alone runs a paltry sixteen missions long, including two good or evil karma missions along the way, which is a shame, since the game is at its finest when held to a focused structure. Posing the question, why?

Touting the label of an open world, half the fun should be random events and side quests to fill my time when not pursuing the main storyline. Disappointingly, under all this glitz and graphical glamour, Second Son’s underbelly is exposed as just another inFAMOUS game, unbelievably using the exact same structure as its predecessor did nearly five years ago. From random graffiti painting to spotting the imposters and hidden cameras, side quests are repeated ad nauseam as Delsin plods along to liberate each district of Seattle.

For every welcome leap in graphics and playability made, the side quests are glaringly left behind in the dust of last gen and admittedly were never interesting in the first place. Is it too much to expect a variety in activity from area to area? Audio logs and the culmination of freeing each region in a stand-off with DUP forces are lone enjoyable acts and I realize that not every mission can be some bombastic escapade, but doing the exact same things every time to rid a region of baddies is not something I expected with the advent of new technology.

“It’s right around this point where I picked my jaw up off the floor. The visual splendour and performance Sucker Punch has delivered is simply amazing.”

Joining the archaic design of the missions are the return of clear-cut morality choices, just like the previous offerings. I take no issue with the creative decision to paint distinct paths as good or evil and I even understand why Sucker Punch does this — it eases the telling of two succinct stories — but there has to be a better way to go about it. This is the worst example in the three games in so far as to how the consequences of your actions play out. With such similarity, it’s difficult to see what the point is.

Also, despite how beautifully realized the world of Seattle is — and it is beautiful — the inhabitants are vapid shells offering up nothing more than a phrase or two or becoming fodder if I deem them worthy. Along with the equally puzzling choices of good or bad acts in relation to the citizens, I became increasingly convinced that this city might be better served if it were devoid of these soulless walking corpses a la Batman: Arkham City.

Putting the control of Delsin in your hands is Second Son’s saving grace and for every shortcoming the story gives us, the series has reached new found heights in playability. Rest assured, this is the finest example of how a superhero should feel when stacked against its predecessors. Although you begin with Smoke as your base, Delsin quickly adds an assortment of other powers to his arsenal and all fill different roles to suit your style of play. Traversal is infinitely improved and moving around the city whichever way you choose is splendid. Although the floaty climbing is still present, you thankfully never have to rely on it to get vertical — just find a vent and voila!

What good is a beautiful world if you can’t watch it burn, though? Seattle isn’t shy in offering up plenty of DUP structures to tear down in glorious fashion. True destructibility it is not, but I was having too much fun to notice any limitations. Building up what is known as a karma bomb and releasing it in the middle of an enemy contingent or in a crowded street of innocent civilians, whichever you prefer, never gets old. These powerful attacks are the highlight of the entire game and act as showcases for the beauty in destruction Second Son has to offer.

Moment to moment gameplay comes off without a hitch and every action I chose to take, regardless of the moral implications, looks astounding. Although your weapons quickly add up, the growth trees aren’t as expansive as you may be used to, but the variety affords the player everything they need to save or annihilate. Never unwieldy, powers are expanded by the ever plentiful collectible blast shards strewn throughout the city heights.

Sometimes just zipping around is when the game is at its best; I just wish the assortment of baddies were up to the task and as varied as Delsin’s skills are. I’m always a proponent for great boss battles and sadly, none here offered much challenge or sought to bring out the best of what the player might be capable of. It was always just more of the same. Nearing the end, I couldn’t help but feel that the gameplay that resides within Second Son deserves a better structure to flourish. With all of the options available, it all comes to a crashing halt right when I was hitting my stride. We needed more.

All isn’t flawless, though, and despite how powerful Second Son attempts to make you feel, it becomes a façade the more time you spend in Seattle. Throwing varied powers at you is wonderful, but we’re never dared to improve. You’re doing the same things combat-wise from the beginning of the game to the end, only painting the carnage with a different palette. In fact, attempting to play skillfully is generally the least efficient way to go. Opting to go toe-to-toe with a group of mid- to end-game baddies can quickly result in a weakened state unless you have one of the vaunted karma bombs ready to release. Therein lies the problem at the heart of inFAMOUS: hiding, picking shots, and running while wielding superpowers kind of sucks, serving only to devolve Second Son into a ballet of measured approaches and stagnant peekaboo tactics, not skill.

Second Son is more of the familiar, only tired, and it’s hard not to be disappointed. It isn’t a bad game by any stretch and surprisingly, I was so blown away by the visuals during my initial playthrough that I hardly noticed how stagnant the formula had become. Three games into a franchise holding this much promise and all we’ve received is more of the same, just prettier? That’s not good enough and no excuse can be made for the narrative failures, the lifeless world, or the piss-poor redundancy of its side missions. For all the strides taken in gameplay and power variety, inFAMOUS is still built upon a foundation that never truly makes me feel like a bad-ass outside of a few canned attack animations.

As a result, the convolution of a premise that really should have started simpler in the first place is a glaring issue that the franchise has yet to shed. Again, the promise of something great can be seen; sadly, the execution falls increasingly short with each passing game. If inFAMOUS is to continue forward, a back-to-basics approach in regards to story, world, and structure is desperately needed.

The Wrap Up video companion for the above review for inFAMOUS Second Son.


Do we even need the cutscene anymore?

By Blake Grundman20 hours ago
Reviews

By Steven Wong21 hours ago
Reviews