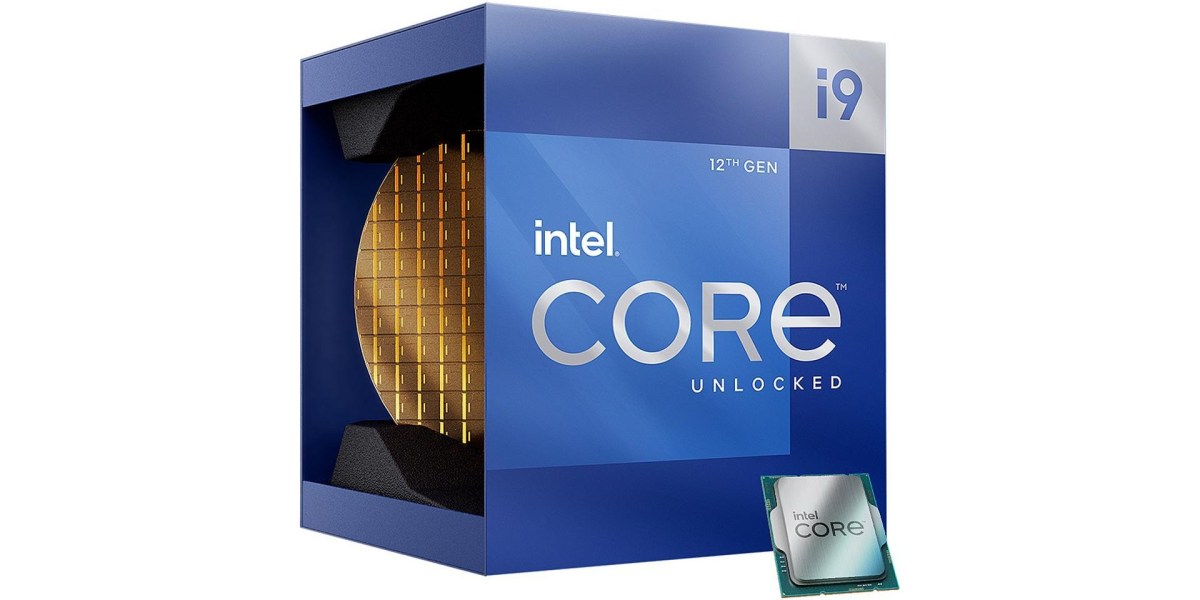 The i9-12900KS from Intel’s Alder Lake range just had its specs and pricing revealed. Thanks to a listing via Newegg, one of the biggest tech retailers in the US, we now know a lot about Intel’s i9-12900KS. The listing was first spotted by Twitter user @momomo_us, who then shared it around.

Unfortunately, at the time of writing this, the link leads to a blank page on Newegg’s site. This is likely because the page went live earlier than it was supposed to, resulting in Newegg swiftly taking it back down. However, the page was up long enough for all of the necessary info to be scooped up for analysis. To put it straight, Intel’s i9-12900KS looks to be an impressive CPU, with a beefy price tag to match.

The first thing to note about this CPU is the price, and at $799.99 USD, it isn’t cheap. In fact, it’s around $185 USD more than the standard i9-12900K based on Newegg’s prices, so it’s clearly a CPU geared for extreme performance. Along with the higher price, there is a suitable increase to the specs. Intel’s i9-12900KS boasts higher clock speeds for both its E-cores and P-cores. 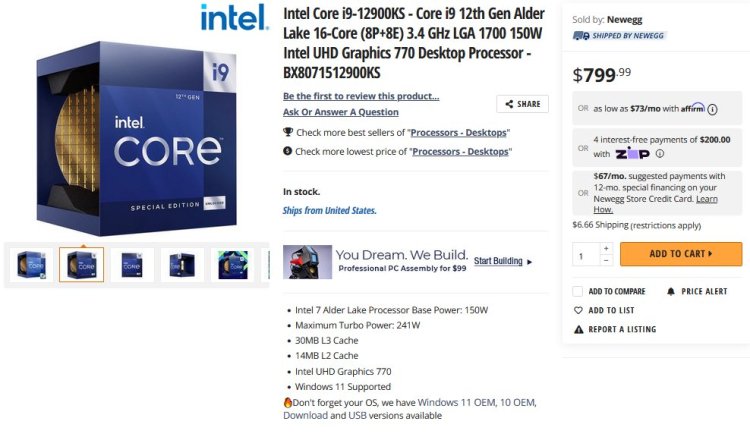 The rest of the specs will seem familiar if you’ve already read our review of the i9-12900K. There’s still 14MB of L2 cache, with 30MB of L3 cache as well. It also has the same iGPU as the i9-12900K with the UHD 770. The only other big difference we can gather from the listing is the PBP (processor base power). The PBP notes 150W, which is 25W higher than the 12900K and KF models. However, its MTP (maximum thermal power) is seemingly the same and noted as 241W.

We’re skeptical of the 12900KS using the same MTP as the standard 12900K, but power consumption could be tied more to the general boosting behavior, resulting in higher overall power consumption and some frequency downclocking under load. 5.5 GHz is not small feat to maintain, and Intel likely achieved this by cherry-picking the best 12900K samples it could and then factory overclocking the cores. This also explains why most of the other specs for the 12900KS are the same as the standard Intel i9.

Having options is great

The pre-mature reveal of the specs for the Intel i9-12900KS has shed some light on the company’s newest high-end processor. It’s also interesting timing since AMD announced its new lineup of mid-range CPUs earlier this month. If you’re interested in the computer hardware with the best specs like the 12900KS, you’ll also relieved to know that graphics card prices keep dropping and availability keeps improving. You’ll actually be able to pick up a powerful graphics card to go with this powerful CPU, whenever it launches.