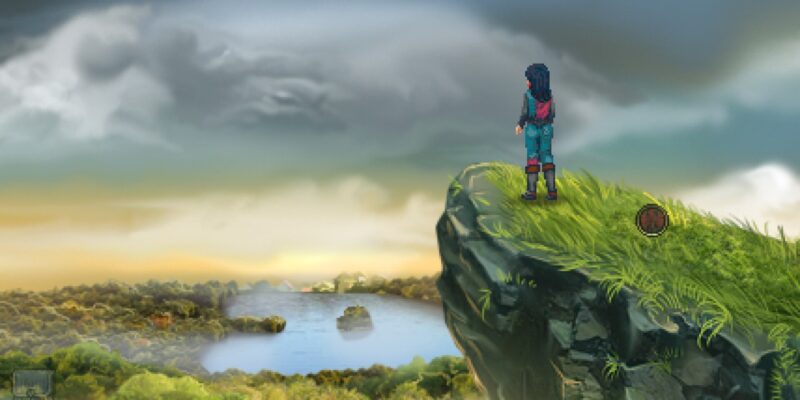 The hardest thing about critically assessing Kathy Rain: Director’s Cut is that, while the game is noticeably different from its original release, it’s not that different in regards to content. The game isn’t free to owners of the original, and it’s so technologically different that it likely couldn’t have been updated without being replaced outright. The game runs on a brand new engine and has a small number of significant differences that make it much easier to play than its previous incarnation. There isn’t all that much new stuff, but Kathy Rain remains an engrossing, smart adventure game that gripped me from start to finish.

If you haven’t played it before, Kathy Rain: Director’s Cut tells a Twin Peaks-inspired story that starts off with one of my least favorite narrative tropes. Kathy’s grandfather, who she hasn’t seen in years, has passed away, so she returns to her hometown to go to his funeral. Upon reacquainting herself with her grandmother, she learns that there are some serious questions lingering as to what exactly happened to her grandfather shortly after her mother took her away. What follows is an intriguing mystery that goes into the supernatural, more so than it seems it could.

The story is the best thing about Kathy Rain: Director’s Cut. Its dialogue is as funny as it is pointed and emotional. As far as adventure games go, the writing and presentation of Kathy Rain are as high quality as they come. Kathy herself can be a bit too “not like the other girls” at times, but she’s extremely likable and her voice actor does a marvelous job bringing her to life. The entire voice cast is good, making the town of Conwell Springs come to life — despite the narrowness of the game’s scale. Director’s Cut isn’t massively longer than the other one, but the little bits of new content do make a noticeable difference in regard to runtime. 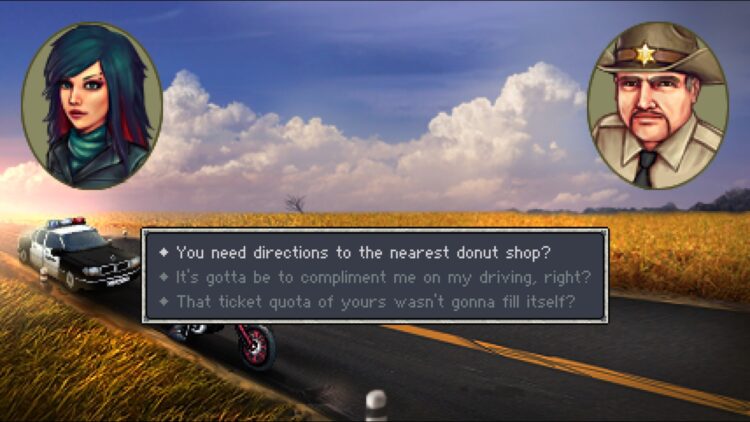 I can see clearly now

I’m going to mostly focus on what’s different about Kathy Rain: Director’s Cut from here on. The original version of the game is kind of a pain to experience. You have to open it with a launcher, and then full screen the game to a weird resolution that magnifies the pixels to “fake” a higher resolution than the already low default. This is a pixel adventure that was made very accurately to the classics. Too accurately, even.

Instead, you just launch the game now. It’s honestly worth playing this release over the original solely due to the launcher’s removal. The regular version was locked at 40 fps, but you can play this one at high framerates without issue. On top of that, the aspect ratio is now widescreen. Before, there were black bars on the sides at all times. The pixel artwork is lovely, so it’s nice to be able to have more to look at. Due to these two changes, there’s simply very little reason to ever play the original release again.

There’s also a major change on the interface front. Before, you’d click things and often have choices. Do I use it, do I approach it? Now, one click does it all. It greatly streamlines the gameplay, making for a much smoother, intuitive experience. Dragging and dropping inventory items onto things in the environment is also a lot better than the previous system. Many visual effects have been added, and animations have been improved. The way Kathy moves in the update is almost night and day in comparison. You can even play the game with a controller and manipulate Kathy directly — if you prefer this method over clicking around. I still clicked, though, as it is an adventure game. 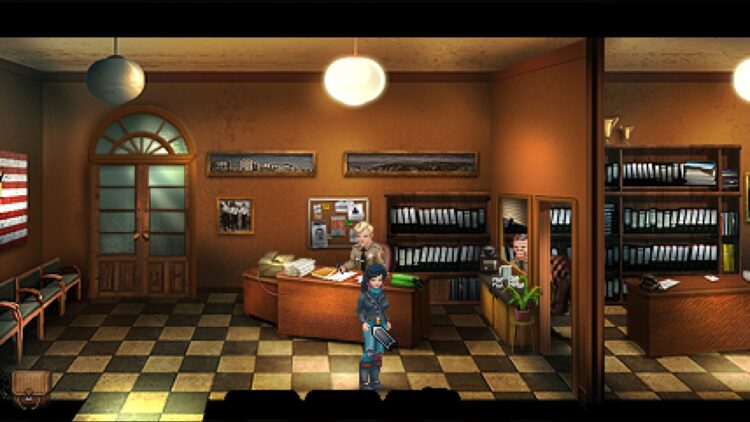 A flourish here and there

The majority of the major changes in Kathy Rain: Director’s Cut are detailed above. The rest isn’t anything to scoff at, but this is mostly the same game content-wise. There are a few brand new scenes to find. For instance, when Kathy is first riding into town, she gets stopped by the sheriff because she’s speeding now. Yes, she mocks him immediately, which I enjoyed. Mostly, though, there are a lot of new lines of dialogue added to the returning ones. The dialogue is so good that it’s hard to take issue with this.

Puzzles are also mostly the same, although there are occasional new steps. Getting into the back room in the sheriff’s station now requires a little puzzle that makes the scene less questionable than Kathy brazenly walking back there without issue. I misunderstood how this puzzle worked due to a timing issue, though. There aren’t a ton of new additions like these, but there are a couple of all-new sections. One of these does a lot to fill in some details that we didn’t quite get the first time around.

The build-up to Kathy Rain: Director’s Cut‘s final section has been expanded to feel more substantial, too. You’ll now need to gather coordinates to pinpoint the location instead of Kathy just kind of knowing where to go. She still has to hunt for the exact spot in the same way, though. The Steam store page mentioned that the ending has been fleshed out, but this is misleading. The final gameplay section gets slightly extended with a couple of additional puzzles, but the entire thing won’t take more than a few minutes. The biggest difference with the ending is that an entire character is deleted from this section and replaced by another. It makes more sense and provides better closure, but not getting to see the deleted character here is a bit of a bummer. 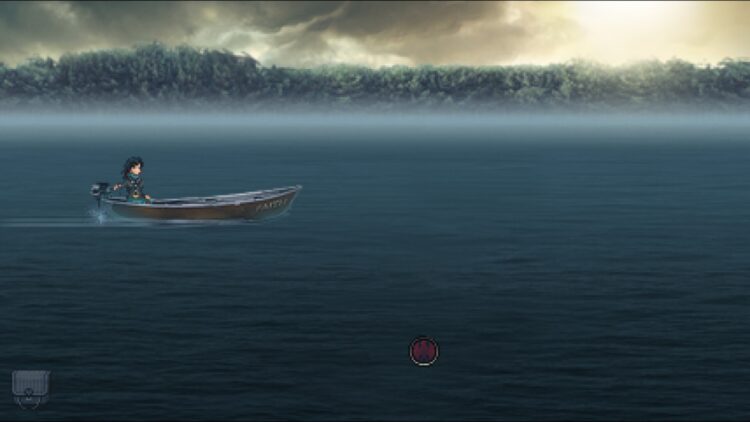 As for the literal ending sequence, though, that hasn’t changed at all unless there are subtle dialogue differences that I missed. Kathy Rain: Director’s Cut is permanently 50% off to owners of the original game, which will include sales. Anyone who goes to play the game again should absolutely try to play this version, but I wouldn’t necessarily say that the new stuff here is worth a replay all on its own. Anyone who hasn’t played it before should definitely pick this one up instead, though, as it renders the original 2016 release obsolete on both a technological level and in extra content. This is still a great adventure game with a captivating story that I strongly recommend to anyone fond of the genre.

Kathy Rain: Director's Cut makes the original obsolete and still delivers a mesmerizing adventure game, although the new stuff might not be enough for fans who played it before.