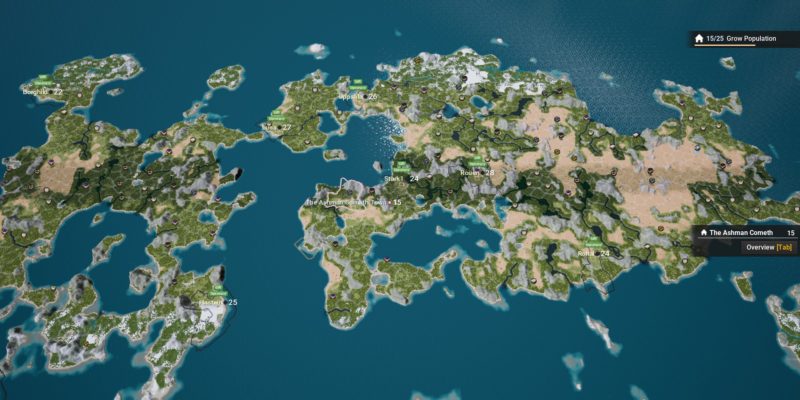 Do you like building villages into kingdoms? Who wouldn’t! That’s prosperity, right there! Getting kingdoms going and expanding them is the name of the game in Kingdoms Reborn, which enters early access today. Despite being so new, there’s a lot of content available already. Whether you’re already into city builders and social sims or are looking for something gentler to start on, the game is shaping up to be a good choice either way. But the question stands: is it worth it?

Kingdoms Reborn begins with a whimper. You pick from various options to generate a huge world, and then it gets built. Then you’re taken to a map and told to pick any starting place you want. Naturally, this part is extremely important. When it comes to building a kingdom from scratch, you’re obviously going to need a lot of resources, so doing what I did and picking a random spot in the desert wasn’t exactly a great idea. For instance, trees are an absolute necessity. You won’t be able to build a lot of things without wood. And, in the desert, there’s not going to be much food, and your people can starve to death.

Once I realized the depths of my folly, I started again near a forest and bodies of water. You get an initial batch of villagers and use them as a workforce to get your kingdom started. You need to have them gather wood, which will let them get their food stores up and allow them to gather other kinds of resources, such as stone. You need to build houses for them and make sure to have fuel that can keep them warm during winter. Naturally, you can’t mine coal in every region, so you’ll have to make due with charcoal if you don’t pick your location carefully. 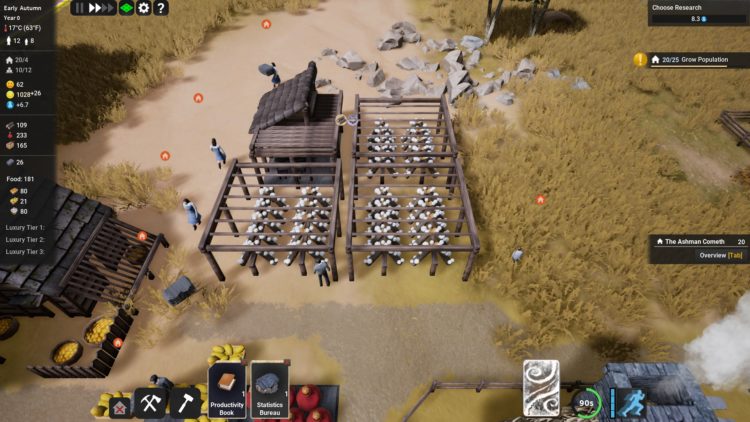 This land is my land

From there, you’ll build your village up bit-by-bit, expanding storage capacity, gathering more food and resources, and adding new buildings and upgrading them. Kingdoms Reborn has a lot of options but it’s very easy to grasp and friendly to newcomers in spite of this. The game will walk you through most of the basics and offers information via clicking on a question mark that will answer most questions. One of the most important things you can do is add more people via childbirth and immigration, but I found this to be one of the few issues I had with the game. Getting more people can become quite difficult, especially if you make some bad choices while you’re figuring things out in the early game.

Not that things take an insanely long time to get going. You can pick speeds that range from half speed to five times the normal passage of time, which makes years go by like that. As time passes, you gain refreshable cards that can be purchased to grant you buildings or bonuses to add to their card slots. There’s also a tech tree that expands as you reach era milestones. These take about twenty minutes at normal speed and grant large bonuses. Honestly, Kingdoms Reborn is fairly relaxing, and is only as intense as you want it to be. If you want to take things slowly, that’s perfectly fine. You can buy new pieces of land either with gold or by using food, so you’ll go from having a tiny village to a much larger space in no time.

I’m not usually one to play city builders, but Kingdoms Reborn is already an enjoyable experience. The mechanics are straightforward and easy to understand, and the visuals and UI are clear and well done. It might be in its first day of early access, but I’d say that the game is already very much worth it. Now I just need to get my population up. Anybody interested in moving to my kingdom? You’ll only have a high chance of death. 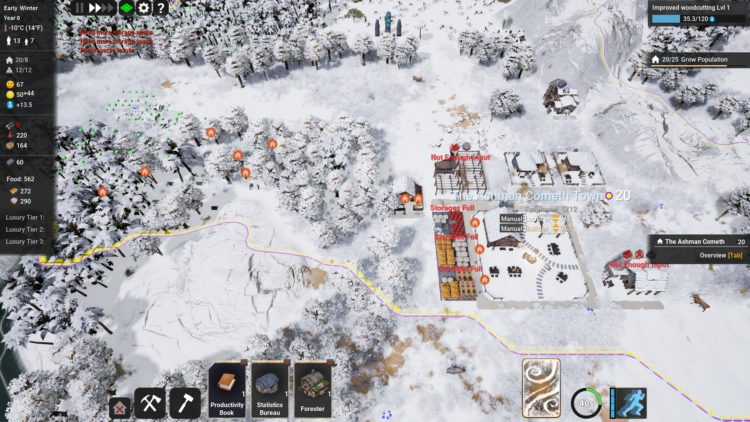 By Kevin Carignan6 hours ago
Features

By Cameron Woolsey3 days ago
Features