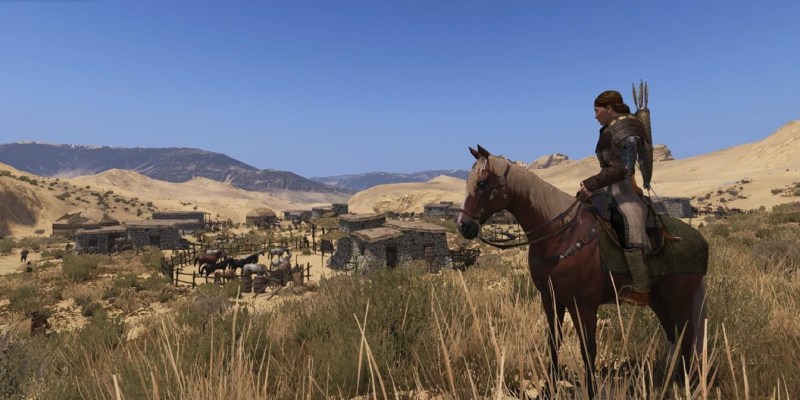 Mount & Blade II: Bannerlord has just released as part of Steam’s early access program. As of the time of this writing, the game is boasting over 160,000 concurrent players, and that’s likely to climb up as more fans are able to check it out. Of course, the first thing one will notice upon starting your Mount & Blade II: Bannerlord campaign is the character creation system. Much like the original and its expansions, you’ll be able to choose certain backgrounds such as cultures and traits that’ll determine your character’s early-game build. Here’s our mini-guide to help you out.

Note: This guide is intended for Mount & Blade II: Bannerlord‘s early access stage. It’s possible that some mechanics may change in due course, so please inform us if we need to update certain information. Likewise, this article presents an overview of the basics of character creation and background picks, though you can refer to our perks and leveling guide for additional details. You can also check out our guides and features hub for other concerns. 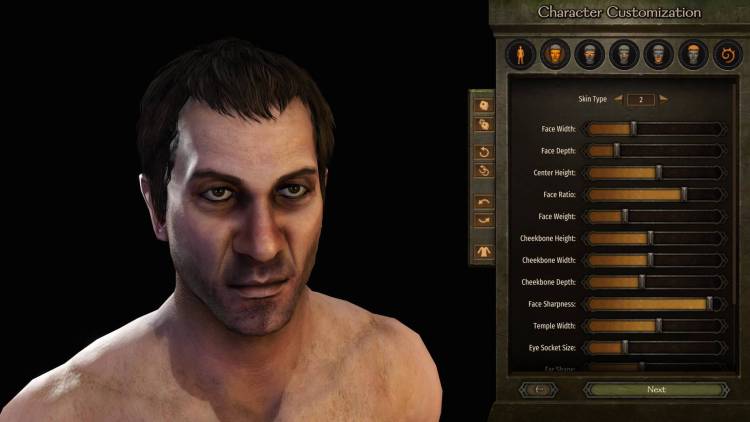 Your choice of culture will provide a default template for your character in Mount & Blade II: Bannerlord. For instance, the forest-dwelling Battanians may have a lighter skin tone compared to the darker complexions of the desert nomad Aserai. These are mostly cosmetic in nature and you can still customize your character’s looks after this. 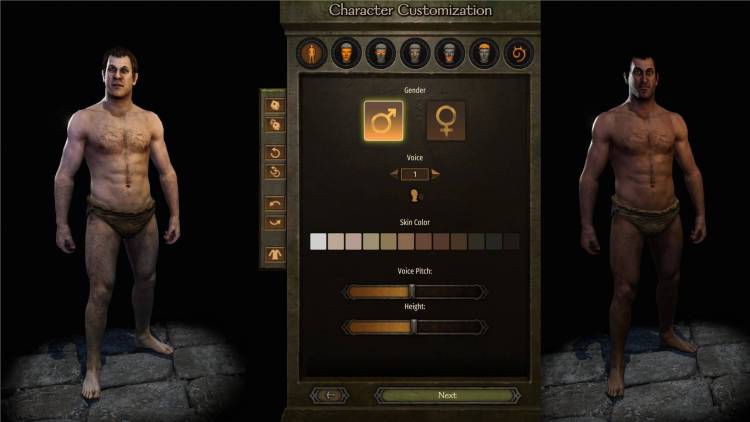 The major distinction, however, is the bonus you’ll receive while playing Mount & Blade II: Bannerlord‘s’s campaign:

From the get-go, the Vlandians have a unique advantage already. That 20% bonus XP gain is no joke. Coming in second would be the Empire culture due to the construction speed bonus, however, this won’t be as noticeable until you’re further into the Mount & Blade II: Bannerlord‘s campaign. The terrain and speed buffs are extremely situational and won’t be as beneficial. 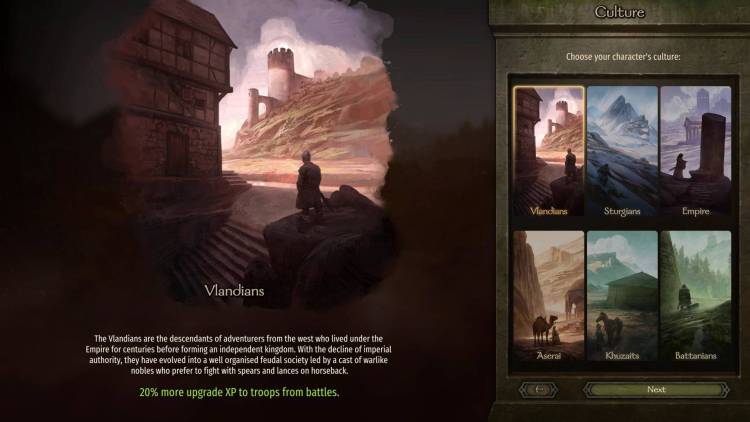 There are six attributes, each governing three focus skills. For the skills themselves, you can increase your proficiency by continuing to do actions that’ll help improve them (ie. using spears to increase your Polearm skill or keeping your squad at high morale to increase your Leadership skill).

Your character’s level-ups also add focus points that can be allocated to increase a skill’s leveling threshold. For instance, two focus points in Charm only lets you increase it up to level 125, but five points allow you to max it out eventually. Likewise, if a skill’s governing attribute is high enough and you’ve allocated several focus points into it, then learning and leveling up that skill will be a lot faster. The character backgrounds you select (more on these below) will also give you focus skill buffs to certain selections.

Note: Once you’re progressing through Mount & Blade II: Bannerlord‘s campaign, you’ll see the different perks when your skills are leveled up. Refer to our perks and leveling guide for more info.

Now, let’s take a look at the different background options based on your character’s culture in Mount & Blade II: Bannerlord. 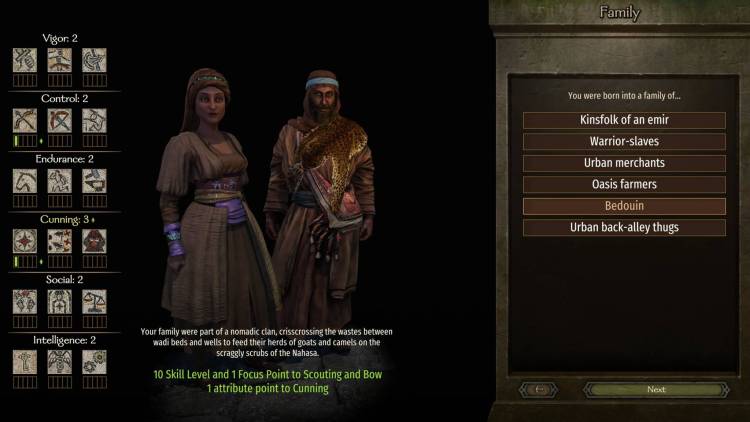 In the tables below, you’ll see the background choices that increase an attribute while adding focus points to particular skills. Let’s say you’ve made choices to have higher Endurance and a deeper focus on Riding, that means you’ll be able to ride higher-tier mounts early in the game.

You can still review and recheck the choices you’ve made to see if your character’s build is satisfactory. Try to find good synergy among the different options that you choose. It’s quite possible to max out your focus skills and reach high attributes at the start of your Mount & Blade II: Bannerlord campaign. If you want to know more about the unlockable buffs and effects, head over to our perks and leveling guide. 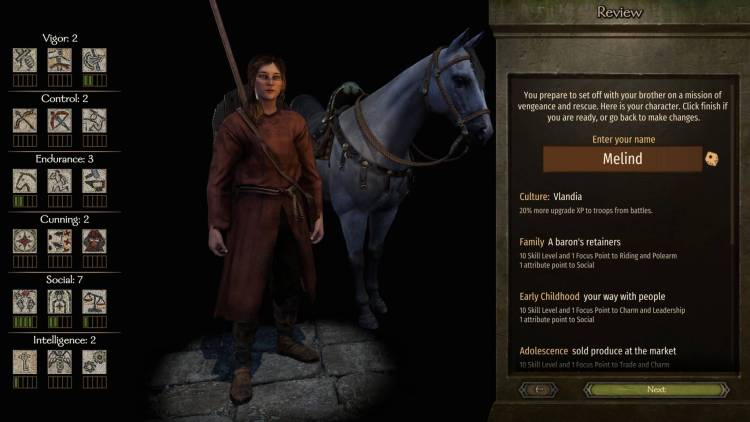