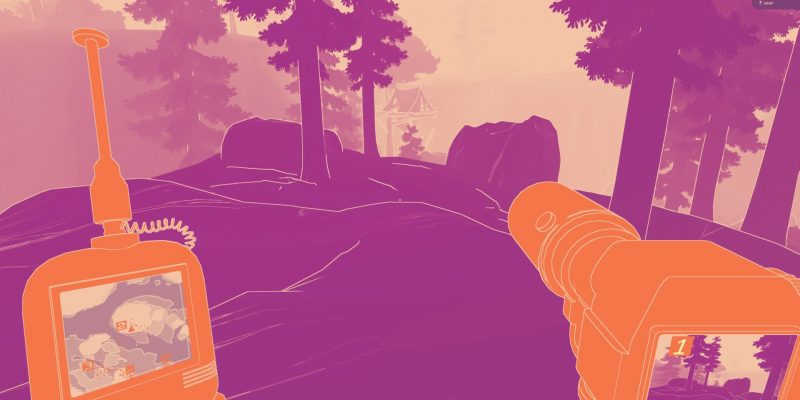 Have you ever had ambitions of being a squirrel scientist? That is a dead-serious, 100% legitimate question. But, yeah… me neither. Yet for some head-scratching reason, the newly released puzzle/adventure game Nuts revolves around that oddly specific career path. Sure, researching those pint-sized quadrupeds has the sex appeal of a fungal infection, but trust me when I say that this is an investigation that is worth exploring in depth.

As any good researcher should know, the best way to learn anything from your subjects in their natural habitat is to immerse yourself in their daily, or in this case, nightly lives. As such, in Nuts, you’re essentially dropped in the middle of nowhere, and tasked with uncovering the shenanigans that go on amongst the squirrel populous, after the sun goes down.

Leading the study remotely is another fellow squirrel aficionado, Dr. Nina Scholz. She is well aware of the challenges facing you, as she conducted similar studies in person, over twenty years ago. Nowadays, Nina is still involved in these scientific pursuits, only now she gets to direct all of the action from unknown distances away, via phone and, of all things, FAX machine. Yes, you did just read that correctly. A game, in the year of our Lord 2021, actually utilizes a FAX machine as a crucial gameplay mechanic. God help us all.

Back when Nina originally conducted her investigation, she was trying to discover something impressive enough to prevent a big corporation from coming in and destroying the woodlands. This time around, you’re attempting to accomplish a similar goal, only to stumble on far bigger developments than I would want to divulge here. Just know that the further you progress through the plot, the more layers of the narrative that Nina will divulge. This results in later plot twists that provide the opportunity to take everything you’ve learned previously and use it in even more interesting and complex ways. 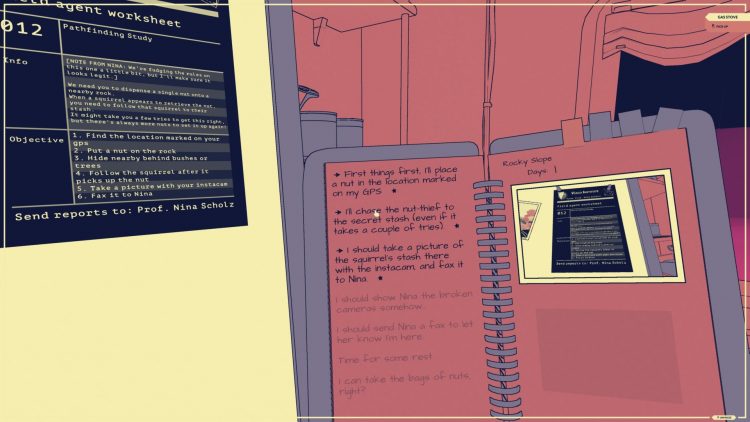 So how exactly is Nuts a puzzle game, you ask? Well, isn’t scientific exploration just a big open-ended puzzle to begin with? In this case, you need to find out what these borderline-rodent scamps are up to under the cover of moonlight. Unfortunately, as anybody who’s ever encountered a squirrel in the wild can tell you, they are cagey little bastards that tend to avoid interacting with humans, if at all possible. So how do you research a creature that won’t come out in your presence? Cameras. Remote cameras, to be precise.

Nuts features a very deliberate distinction between days and nights in the forest. During the day, you can explore the foliage and gather/reposition the cameras, in preparation for the activities of that upcoming evening. Once you’ve transitioned over to nighttime, it then becomes critical to keenly observe your wildlife target, from the comfort of your secluded trailer.

Fortunately for everyone involved, for some odd reason, the squirrels in question follow the identical path every night. Armed with this information, you can then employ the cameras to track the scampering critters back to their den. But this isn’t exactly something that will just happen in a single evening. Most research subjects take numerous day-to-night cycles to effectively observe their lengthy and frequently misdirected travels back to the den. 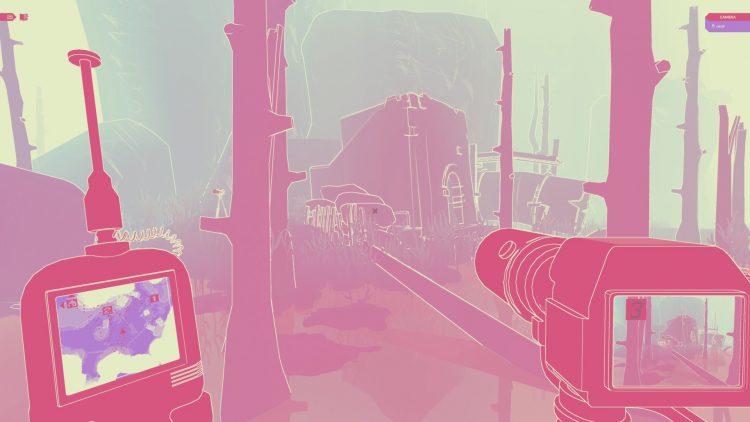 Probably the most effective “hunting” process that I found is to scrub along the surveillance timeline each evening to determine where exactly the cameras last lose sight of the little acorn munchers. Once morning has dawned, you can then go out a reposition the cameras in a way that allows you to further continue the pursuit. Despite being a bit on the plodding side, this is a fantastic gameplay loop that continuously keeps you engaged and interested in what the fluffy-tailed nuisances are up to next.

Throughout Nuts’ campaign, one thing becomes very clear: these are not your common, garden-variety squirrels. For some reason, they seem to not only be extremely smart, but they also can communicate and self-organize amongst themselves to a startling degree. What starts as a small collection of manic gatherers, eventually expands out to include a substantial herd of pack-rats. Only through countless nights of remote stalking can you fully uncover all of the pieces of this extremely compelling puzzle.

What I appreciated most about Nuts was its laid-back demeanor and presentation. Despite the chaos going on around Nina, which she is more than happy to over-share with you, it feels like a distant concern. It’s almost as if you exist in the eye of the storm. There’s plenty of narrative happening around you, but it never directly impacts or impedes progress. There’s something to be said for embracing your inner mountain man and soaking in the great outdoors. Honestly, given that the current ongoing pandemic has the majority of us on borderline house arrest as it is, it was nice to get a taste of the outdoors, even if it’s not truly real. 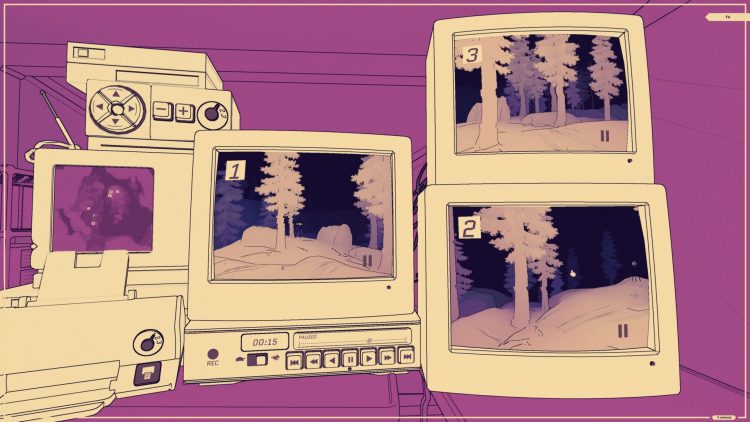 The fact that the surroundings are so engaging and immersive is an achievement in and of itself, especially when you consider Nuts’ overall aesthetic. Each environment is made of varying shades of the same color, overlaid on a fully rendered 3D forest. These colors will then invert in the evenings, which was another nice touch that I very much appreciated. What helped reinforce the wildlife setting is the stellar use of sound cues. At first glance, it might not look like a forest, but fast-forward 15 minutes into the narrative and you will feel right at home amongst nature.

There’s virtually no rush to the pace of gameplay, almost to the point that it interrupts those trying to blow through the campaign too quickly. The chill mood encourages taking your time and being especially deliberate about camera positioning. Obvious comparisons to Firewatch aside, I found it to play like a hybrid of several other notable titles over the past several years.

First off, the process of piecing together a narrative from the remains left behind by your predecessors was very akin to the classic “walking simulator” Everyone’s Gone to the Rapture. Additionally, much like in Rapture, Nuts has a very metered pacing that deeply encourages and rewards exploration. Once the action begins to pick up speed, the inverted color scheme reminded me of the early stages of another notable puzzle/adventure, The Unfinished Swan. Rounding things out, each investigation was very open-ended and could be approached in numerous different mind-bending ways, which felt very akin to the likes of the original Portal. 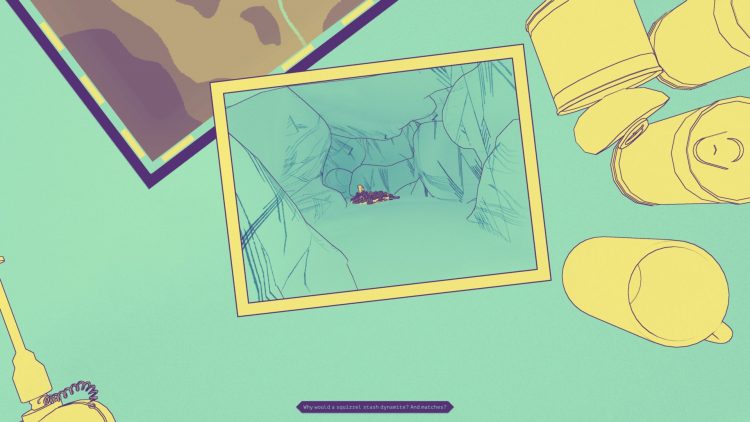 If there were one area where Nuts struggled, it would have to be any time that it attempted to stray from the core camera-centric gameplay mechanics. Whenever you needed to do something aside from tracking the fuzzy natives, there often wasn’t enough direction being provided to progress to the next checkpoint. This led to at least three different occasions where I was stuck for short periods, looking for whatever obscure hint I was somehow missing.

I’ll be honest with you, it was genuinely hard to come up with things to complain about in Nuts. This is exactly the sort of game that can grab you and refuse to let go. I was hooked right out of the gate and can’t wait to see the rest of the world discover its Zen-like glory. Rest assured that it doesn’t take a Ph.D. to see that this game should be added to your shortlist, pronto.

Games like Nuts don't come along very often. A compelling storyline and intriguing puzzles combine to create my favorite gaming experience of 2021, so far. Don't let it's simple demeaner fool you. There is far more going on under the hood than meets the eye. This is an investigation that deserves your attention, as soon as possible.

With the power of Codemasters, EA intends to release a racing game annually