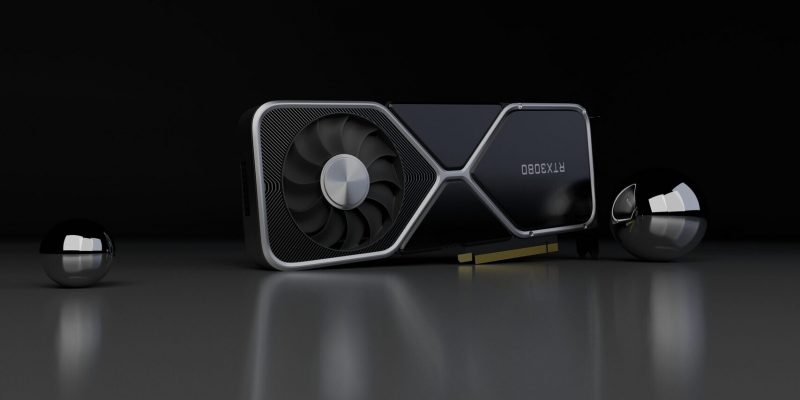 Facebook user Lok LOK shared some photographs of shipping boxes that seem to be carrying RTX graphics cards manufactured by MSI. The shipping label on one of the boxes indicates that it contains unreleased RTX 3080 Ti cards shipping from China to the US.

The specific model in question is the RTX 3080 Ti Ventus 3X 12G OC, suggesting that the card will have 12 GB of memory and not 20 GB as some have speculated. These photos support the rumored launch date in May, as the shipments should be distributed to retailers ahead of time.

The card is expected to have 10,240 CUDA cores, a 384-bit memory interface, and will probably be GDDR6X clocked at 19 Gbps. The 3080 Ti’s main competitor has to be AMD’s Radeon RX 6900 XT, which also offers real-time ray tracing and high performance. But, if the rumored specs turn out to be true, Nvidia’s newest graphics card will outperform the 6900 XT in theory. The 3080 Ti will offer performance somewhere between that of the 3080 and the 3090 cards which cost $499 USD and $1499 USD, respectively. In terms of pricing, the RTX 3080 Ti is expected to launch at an MSRP of $999 USD which is equivalent to that of the RX 6900.

The photos indicate that the RTX 3080 Ti cards aren’t the only graphics cards shipping to the US. Other boxes from the same shipment seem to be carrying MSI’s RX 580s and an unknown model of RTX 3090 cards. However, it is still unclear when this shipment will arrive in Los Angeles and how many units it will include. Regardless, it may be worth keeping an eye out for an official announcement with all the details on the 3080 Ti in the coming weeks. If you’re in the market for a graphics card, this might be your best chance at securing one before they sell out. 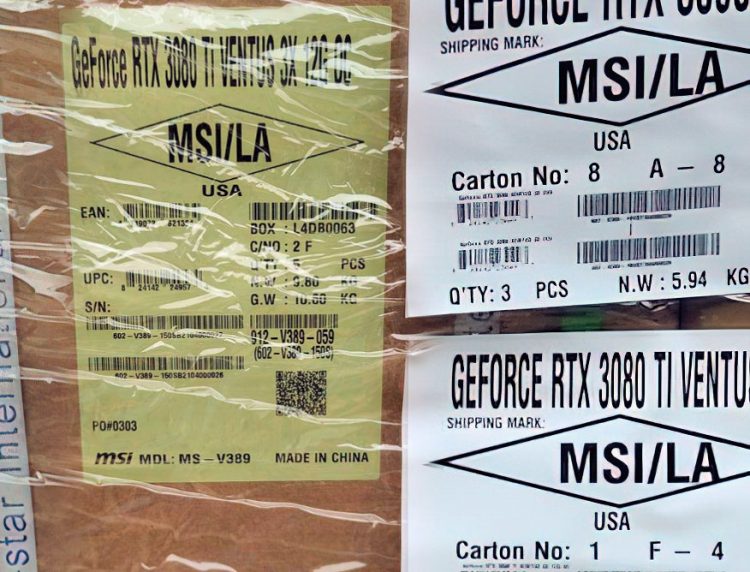