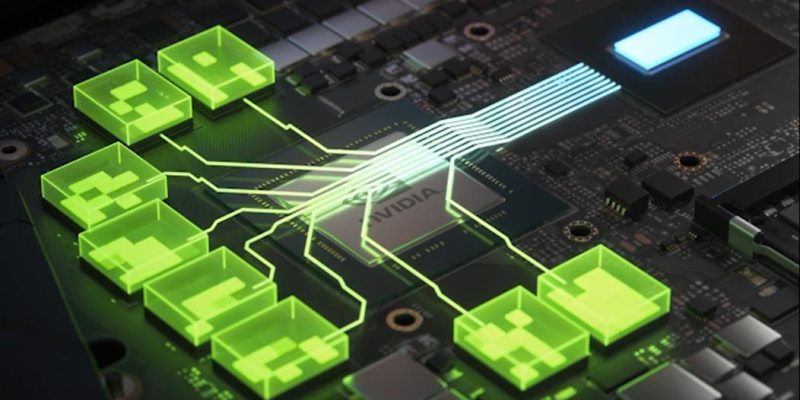 One thing that gamers can never get enough of is framerate. The preference is well founded too, as the matter of performance can make or break an otherwise immersive experience. With that said, modern generations of graphics hardware are continuously getting better. Nvidia’s RTX family of graphics cards offer revolutionary features like DLSS to provide framerate boosts without (theoretically) sacrificing quality. AMD changed the game once again though when it introduced Smart Access Memory (SAM). This feature is actually just Resizable BAR, which allows the GPU memory and CPU to work more efficiently together to improve data transfers. Nvidia didn’t initially have a response to SAM, but that changes today.

If you’re one of the lucky few to own a RTX 30 Series laptop or RTX 3060 desktop graphics card (with the supporting hardware), you can reap the benefits of roughly 10% better gaming performance in a select number of games today. Free fps is great, but the feature already sounds a bit niche, doesn’t it? Don’t worry, more support is coming this March. Resizable BAR is also going to become a standard feature for new generations of hardware. It’s certainly worth getting excited about.

We’ve talked about Resizable BAR in greater detail in other articles, but the main takeaway is that it is allows your system to work better by taking advantage of a previously unused PCIe 3.0 feature. That’s why you’re going to learn that it’s partially backwards compatible, depending on your CPU and motherboard.

Does your system support it?

Eventually, the entire Nvidia RTX 30 Series lineup will support Resizable BAR. You’ll be able to pair one of these cards with any AMD Ryzen 5000 Series or Intel 11th generation CPU to enable the feature. Select 10th generation Intel CPUs will also work, but that should apply to pretty much every 10th generation CPU that gamers are using. As for AMD, there’s no word on backwards CPU compatibility, and I wouldn’t count on it.

Aside from the CPU, you’ll also need to verify that your motherboard is able to support Resizable BAR. Just like with 11th generation Intel CPUs, 11th generation chipsets will be ready to go. Intel also guarantees that 10th generation Z490, H470, B460, and H410 boards will work. However, you’ll have to perform an SBIOS update to your motherboard. That can be found via your board manufacturer’s website, and not all support Resizable BAR just yet. As of now, ASUS, ASRock, Colorful, EVGA, Gigabyte, and MSI all offer support. A few board manufacturers are even going the extra mile to support older models of motherboards like the Z390. You will just have to see what options you’re working with.

As a final note, you’ll need to manually turn Resizable BAR on in your BIOS. The associated documentation you get from your motherboard manufacturer will walk you through that.

Once you’ve navigated the hardware barriers, you just need to deal with your GPU itself. RTX 3060 GPUs and laptops already have the VBIOS update required, but other RTX 30 Series owners will need to manually update. In late March, Nvidia will release the necessary VBIOS update to enable Resizable BAR. Additional instructions will be provided when it arrives.

Finally, a fresh Game Ready Driver update will set you up for Resizable BAR. This one will do the trick, but you might need a newer version if you plan to do all of this in the future. You know, when RTX 30 Series cards are actually findable. 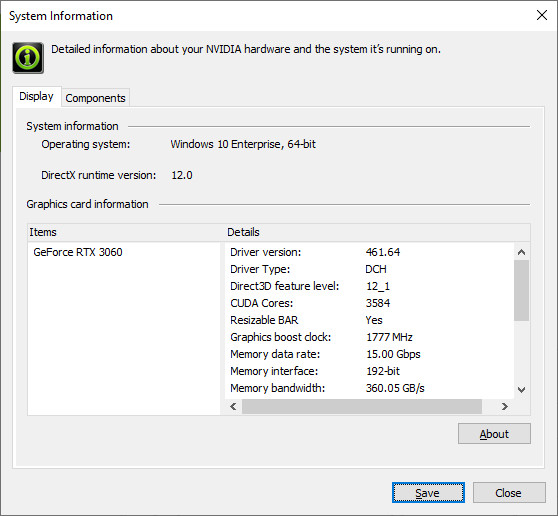 Turn it on, turn up the fps

After everything has be updated, you can verify that Resizable BAR is turned on in your Nvidia Control Panel. Just open the program, go to “System Information,” and look for the section where the feature is listed. If you’ve done everything correctly, it will be checked “Yes.”

You’re then good to go! It sounds complicated, but Nvidia handles the rest. Any supported games that benefit from this feature will automatically use it. You can expect a 3-10% improvements in your framerates, which is a nice extra bump to add on top of something like DLSS. It also might make ray tracing a little more feasible if you’re feeling fancy.

As of now, Assassin’s Creed Valhalla, Battlefield V, Borderlands 3, Forza Horizon 4, Gears 5, Metro Exodus, Read Dead Redemption 2, and Watch Dogs: Legion all support this feature. There are obviously some heavy hitters here where you will want the extra performance. Admittedly, this isn’t a big list. However, Resizable BAR is going to become a standard. A lot of future games will be designed to take advantage of Resizable BAR, making it an important update to put on your to-do list.