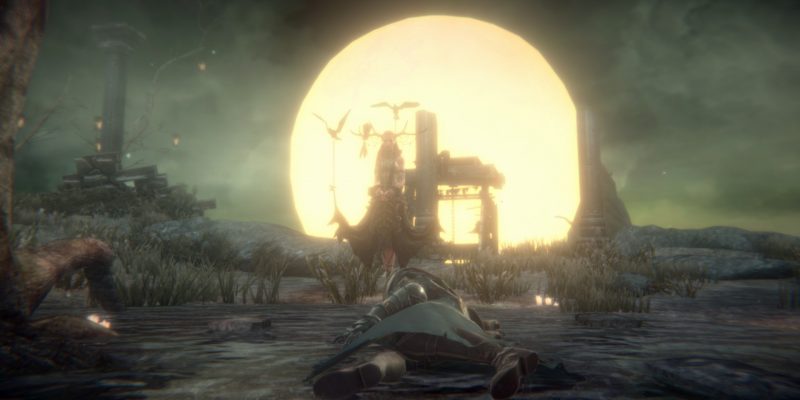 My hopes for Pascal’s Wager weren’t exactly high upon learning that it was a port of a mobile game. They dipped a bit more when I realized that, not only was the game released on iOS last January, but that it was also a Souls-like. How good could a mobile Souls-like possibly be? Somehow, the answer is “very.” Pascal’s Wager may not be exceptionally lengthy or break much new ground, but it makes up for it with unique mechanics, strong design, and tight controls. On top of that, it’s the only Souls-like I’ve played that seems to have any interest in catering to audiences beyond the “git gud” crowd.

Pascal’s Wager is all about Terrence, an old knight who used to follow the orders of his nation’s church. But when his wife is exiled and becomes a witch, he embarks on a request to find her, learning that there’s more than meets the eye regarding her situation. The storytelling isn’t particularly good here. It’s mostly a standard narrative buffeted by Dark Souls-esque vagueness. Dialogue with NPCs has a lot of that “what the hell are they talking about?” attitude imbued within. There are some mildly interesting concepts, though, even if they won’t be sufficient motivation on their own.

The same can be said for the voice acting. Most of it is quite poor. Pascal’s Wager is a Chinese game, and, while the dialogue is all in English, much of it clearly isn’t recorded by professional actors. For instance, Viola is voiced by a person who doesn’t appear to be quite sure as to how inflection in English is meant to function. The vast majority of the dialogue is voiced similarly.

The game’s art design is much better, with visually distinct levels that ooze with atmosphere. Abandoned villages punctuated by ruined homes and grey castles with crumbling walkways are par for the course. Visually, however, the game is dated, coming across like a higher-tier product circa 2012 or so, with awkward facial animations and less-than-stellar texture work. Again, it’s a port of a mobile game. When I said Pascal’s Wager was a Souls-like, that means it includes most of the trappings you’d expect. More specifically, the game uses a mixture of ingredients from a variety of games in the sub-genre, plus some of its own additions. You’ve got a stamina meter that depletes when you do anything, blocking and dodging, dropping currency upon death, bonfire equivalents, and debilitating status effects. But it’s got the map and level-based structure of Nioh, so there’s no interconnected world. You don’t find new weapons and armor, nor do you upgrade your gear.

The game has five characters, each with their own weapons, level, and skill tree. They all play in a notably different way and have their own strengths and weaknesses. Terrence will always be in your party, but you’ll select a second warrior from the group’s train hideout prior to departure. Each character has their own potions that refill upon resting and they share an overall character level, so you don’t need to grind levels for each one. If a character dies during a level, the game automatically switches to the next, effectively granting two lives. You’ll likely also need to swap between characters even if you tend to avoid damage, as each character’s sanity depletes with combat. If it empties halfway, they get a penalty and a buff. If it becomes completely empty, your character will be attacked by a ridiculously strong shadow creature.

Each character plays remarkably different, although they all generate rage with their attacks. Terrence is the all-rounder of the bunch, carrying a rapier in one hand a broadsword in the other. The rapier is used for quick attacks and the broadsword is for slower, more powerful ones that interrupt foes. He can also block some attacks. Norwood carries a giant coffin that he’s able to use after beating enemies with his fists and can block most strikes. Viola has a bayonetted rifle that can shoot enemies with special bullets, or use a three-hit combo that interrupts most foes. Benita fights with a whip, each strike leeching off of her own health. But she can heal herself using rage or a skill that allows her to steal blood from her foes. She also has special buffs that no one else has. Finally, Jerrold, Pascal’s Wager’s DLC character, fights with a rapier and has a massive amount of stamina. He can also hit enemies with his cape and put damage-increasing stack marks on them using rage. There’s a lot to keep in mind, especially since they all have unique special moves that use rage.

The wages of sin

As you can see, there’s quite a lot to Pascal’s Wager. There aren’t a great many levels, though. The story can likely be beaten in as little as 10  hours, but that’s if you rush. Completing the game thoroughly and along with the two major DLC offerings will likely take most players closer to 20 hours. The level design has a substantial amount of quality, and the game has a decent-sized bestiary that’s well placed and interesting to fight. The combat itself is similarly up to scratch, as it’s responsive and snappy, even if the damage balance felt somewhat wonky to me occasionally.

Difficulty wise, Pascal’s Wager is par for the course. It’s challenging without indulging in some of the bullshit of which other entries in the sub-genre are so fond. Unlike practically all of those, though, this one has two options that allow players to mitigate its difficulty. The first is an egg that can be obtained in a shrine during the game’s first level. It reduces enemy damage by 50%, although it doesn’t tell you this. I grabbed the egg not knowing what it was, and then wondered why the enemy damage was so low. But it can be returned by ringing any of the game’s bells and journeying back to the map that houses the spot where you acquire it. The other option is to switch the game to casual mode. This cannot be turned off, but will be welcome to many, especially as the damage-reduction egg doesn’t appear in Pascal’s Wager‘s new game plus. Casual mode reduces enemy damage and health and will make for a much easier time.

As the game is a Souls-like, the toughest encounters are naturally the boss fights. These vary a bit. Some are rather interesting and enjoyable, while others can be tedious slogs. One boss, a giant immobile creature that routinely dropping poison, was such a pain that I elected to go get the defense egg back instead of butting my head against it. I could have beaten it normally, but I just didn’t want to due to how unenjoyable I found the fight. Also, one of the DLC bosses’ defense is abnormally high, as I barely did any damage to him even though I’d been consistently leveling up by killing damn near everything in my path.

Another interesting feature of Pascal’s Wager is that bosses drain sanity more than regular enemies. When your sanity meter runs out during most boss fights, the boss gets a newer, tougher form. You can chug sanity potions to stop this from happening, but the game wants you to fight them, as the super forms drop items you need to get the game’s true ending.

An egg comes out of a chicken

Overall, Pascal’s Wager is likely my favorite Souls-like that wasn’t developed by FromSoftware. It’s got a decent amount of content, above-board level design, solid controls, and enjoyable gameplay. Some of the characters are considerably less useful than others, and upgrading their skill trees makes it impractical to not focus on specific ones. And some of the game balance is iffy. Regardless, this is a game I can easily recommend to anyone who likes the subgenre. And because of its difficulty options, it’s the first one I can recommend to pretty much anyone who enjoys action games. 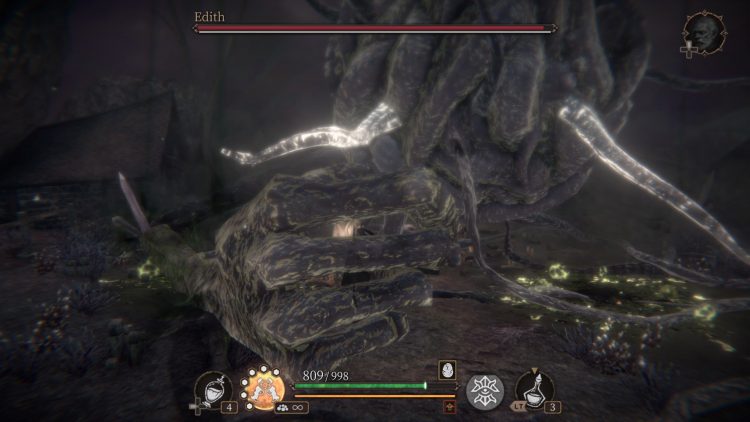 Pascal's Wager may have been a mobile Souls-like, but don't let that fool you. It's a distinct, enjoyable game in its own right, with a lot of challenges and plenty of characters to master.

The best Magnum class to use in Call of Duty: Warzone