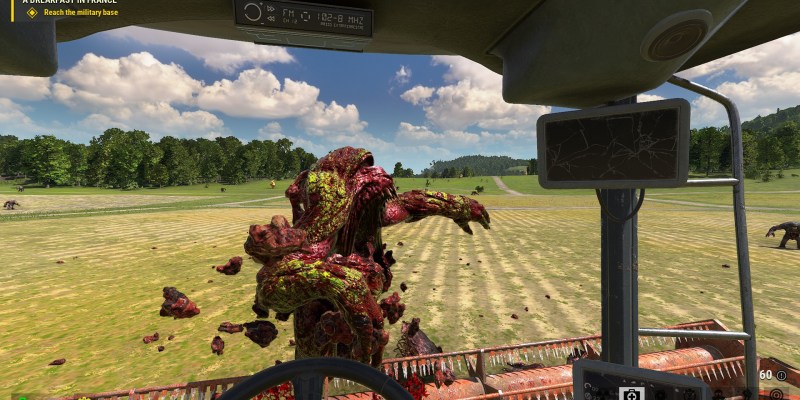 It’s been a long time, but Serious Sam 4 is here with a familiar bag of tricks. And a lot of bodies. It’s mostly business as usual but there are some wrinkles here and there. To prepare you for those, we’ve put together some Serious Sam 4 tips to get you into the swing of things. But enough talk, have at you!

Serious Sam 4 gives our hero a skill tree. Sure, you can focus on melee attacks if you want. Or you can make things as metal as possible and dual-wield everything always. Dual-wielding is an absolute lifesaver in this game. The enemies come at you so quickly and in such large numbers that it really feels necessary a lot of the time. Dual-wielding initially only allows you to use two of the same gun. As you get more skill points, though, you’ll be able to mix and match the two. As should be clear, using this allows you to double each weapon’s DPS while also doubling your ammo used.

Reloading is back for certain weapons and carrying two of them can help mitigate this. Using two assault rifles is great for always having some more rounds ready to go while also doing some impressive damage. Similarly, I can’t tell you how much I love unloading two super shotgun blasts simultaneously into a werebull’s face. Do keep in mind, however, that you lose a gun’s secondary ability while dual-wielding. That means no aiming and no lock-on with the sweet rocket launcher. But it’s totally worth it. I mean, have you ever used two miniguns at the same time on hundreds of enemies in front of you? That’s what I thought. 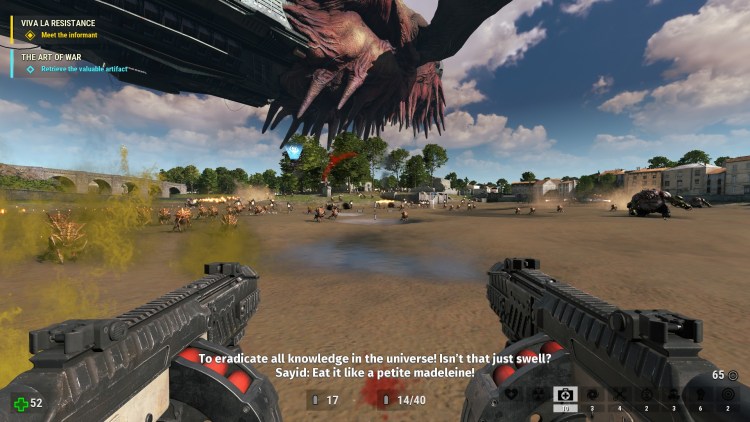 Make sure to use those gadgets

I know, it can be tempting to just stockpile them. Who wants to cheese your way through fights in Serious Sam 4, after all? You’re tough and you’ve got stuff to blast to pieces, so you don’t need any help. But the game has three acts. You start each act with nothing but your knife and pistol.  If you went out of your way to do sidequests to accrue those sweet gadgets, they’re all going to be gone when the current act ends. And they’re neat, so why not go for it?

I think the black hole gadget is my favorite. Not only does it keep everything off your back for a minute, but it decimates anything in the sky. It can definitely take a painful enemy wave and make things favorable for you right quick. Don’t get too used to them, though. Act three hardly has any gadgets but has some of the toughest fights. And don’t be stingy with the L.I.F.E. gadgets. You’ll find plenty as long as you look around.

Much like in the third game, Sam can sprint. I know some people weren’t happy about this but, c’mon, he was so friggin’ slow in the original games. Walking to a pyramid or Mayan temple or whatever took forever. As great as it is to be able to move quickly, you can only run forward. None of that fancy side or backward running for you. But you can run at an angle, of course. Which can come in really handy for dodging enemies shooting you from behind. There’s even a skill that lets you shoot and reload while running, making doing so even more efficient. I know this seems obvious, but seriously, run whenever you can. The enemies are fast as hell, especially on higher difficulties. 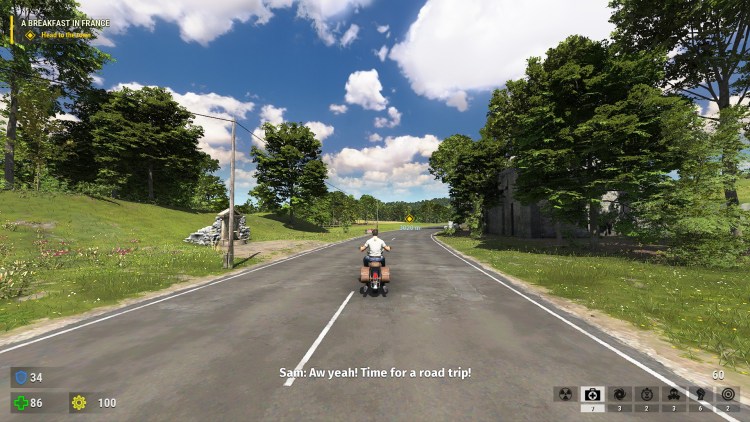 I gotta admit, I don’t much care for the melee attacks introduced in the third game and continued in Serious Sam 4. They serve a purpose, but they also leave you super open and you’re almost always fighting a ton of enemies. But there’s one enemy that’s almost always worth meleeing. There’s a variety of reprogrammed soldier that hide behind a shield and shoot homing rockets at you. The shield is fairly sturdy and regenerates but they can’t exactly hit you in the face when you get close to them. Even without any skill upgrades, you can one-shot these suckers. And you really don’t want to leave them alive for any period of time, as they’ll make your life hell while fighting the hordes.

Just like in any game, some times you’ll take a look at your enemies and just not want to bother with them. Serious Sam 4 has a waypoint system, though. And when you reach a waypoint, a cutscene often triggers. If you’re struggling with a wave or just don’t want to bother, you can sometimes just run straight past your enemies and and trigger the cutscene. Granted, this won’t be available very often.

Running away is always an extremely viable strategy during the level set in the French countryside, though. In it, Sam gets to drive several vehicles. And guess who can’t keep up with you when you’re in a vehicle? That’s right. Everything. If you’re motoring and aliens start warping in to murderize you, just keep going. Any damage taken while you’re in a vehicle damages the vehicle, so you won’t even lose any health. Just be careful that the vehicle doesn’t get destroyed. That level is huge and you really aren’t gonna want to walk. 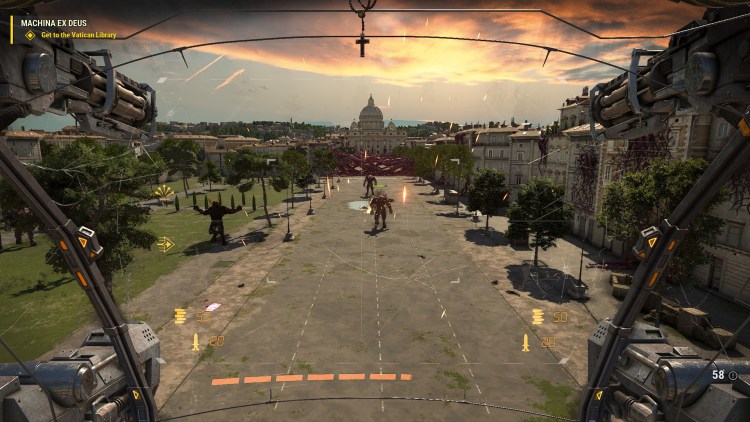 There isn’t always something

I know, you’ve played a ton of level-based first-person shooters and you’re used to scouring every inch of the levels. Not this time. Some of the levels are so massive that there’s no way you’re going to be able to look everywhere. And even if you could, goodies typically aren’t hidden in remote places. There are plenty of secrets but if you find yourself walking several miles in a direction that you definitely don’t need to go, you’re almost certainly not going to find anything.

Don’t worry about the AI teammates

Every now and again you’ll team up with the AI in Serious Sam 4. I know, I know, that’s lame. But they’re really more for window dressing than anything else. They can shoot and kill enemies, but mostly they’re useless. On the other hand, they’re also invincible, so there aren’t any protection missions. You can really just completely forget they’re there and play the game like normal and it won’t make any difference. Just think of them as ghosts that Sam can shout snarky comments at occasionally.

Alright, there’s not much else to say. It’s a Serious Sam game, so circle strafe and blow everything up. These tips should give you a rough idea of what new stuff to expect, but it’s very much business as usual if you’ve played previous games. 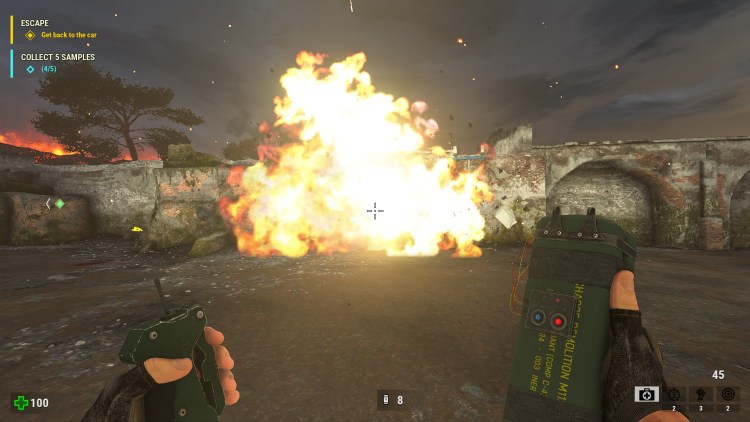 By Mike Straw15 hours ago
Guides