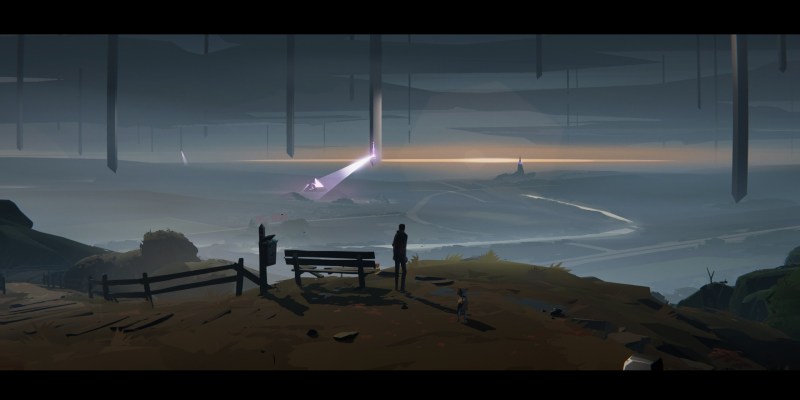 It’s fine for games to be short when they deliver a tight, impactful experience. Somerville is a cinematic puzzle game similar to classics like Out of this World and Heart of Darkness. It’s closer to the length of the former, however, clocking in at about three hours in length. While much of the game is both visually and mechanically strong, it has some issues that keep it from being everything I’d hoped. But the biggest issue is the way it narratively drops the ball during the last section, which had me walking away a bit disappointed.

Somerville doesn’t have a single line of dialogue — the entire narrative is conveyed through context alone. The main character is watching TV at night in his family home. He gets up to feed the dog but gets distracted by lights flashing outside. He and his wife go see what the fuss is, only to witness an alien invasion straight out of War of the Worlds. Objects come crashing down out of the sky, so the two, toddler and dog in tow, rush into the basement to hide in the crawlspace. But a capsule breaks through the ceiling with a man reaching his arm out.

The protagonist clasps his hand, only for an electrical surge to drop him like a bag of potatoes. Later, his arm seemingly resuscitates him using the same energy the man transferred to him, only to find his wife and child are gone and he’s trapped in the basement. He grabs a nearby lamp and discovers that he can use the energy in his arm to affect light and use it to carry said energy. He aims it at the debris blocking his path and goes up into the world, which is now mostly in ruins, to find his family. It’s a stunning opening to the game. 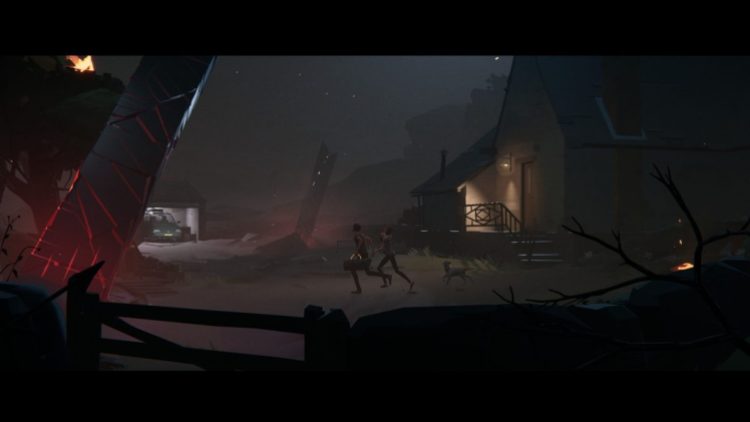 The plot moves forward nicely through most of Somerville‘s runtime, although there are sections that go on longer than need be. But the real problem is the final section. Instead of wrapping things up with a coherent conclusion, the game instead descends into Neon Genesis Evangelion territory. I get the gist of what happens, but I don’t like these kinds of endings. It just feels like a long stretch of dreamy nonsense that vaguely alludes to what’s actually happening. Perhaps I’ll feel differently if someone’s able to pin down exactly what’s going on, but I was very reminded by the end of the last episode of the original Evangelion series, and that’s never a particularly good thing.

But speaking of particularly good things, Somerville has some truly clever aspects on display. The game allows you to move around in 3D shown by various vantage points. You’ll predominately be channeling the protagonist’s energy powers to use light to change the strange matter the aliens brought with them. He just has blue energy at first, but later gets red energy. Blue energy basically melts the alien matter, while red energy solidifies anything melted, allowing it to be climbed upon.

You’ll often be using these abilities in tandem with physics puzzles that provide a decent amount of variety. There are also sections where you have to run from aliens, which are tense and exciting. The aliens can use a purple light that kills you, but you can hide behind objects or in portable toilets or tents to escape your demise. The game’s “puzzles” are more cinematic than anything else, similar to Limbo or Inside. You won’t get stuck often as they’re not all that video-gamey, but it wouldn’t be fair to call Somerville a walking simulator either. 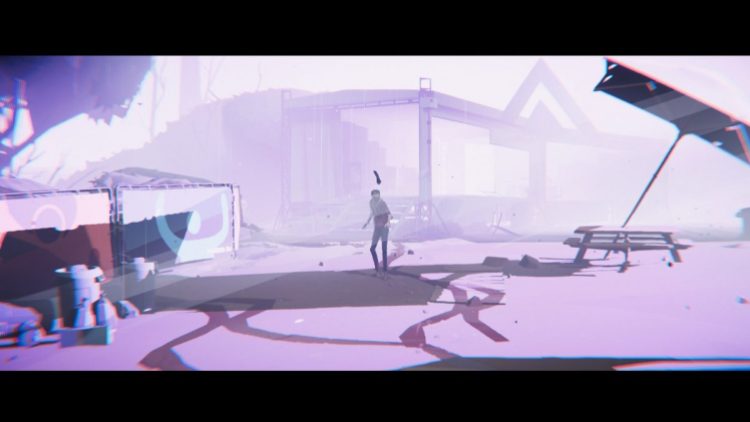 This is all well and good, but the presentation has its issues. The biggest one is that it can simply be very difficult to see what you’re doing, as the camera is often so far away that the details can be hard to make out. When I got stuck for a few minutes, it was usually because I just couldn’t see something. There’s a section late in the game where you’re running from aliens. I died multiple times simply because I simply didn’t know where my character was. That and, if you don’t do this sequence nearly perfectly, the aliens catch and kill you. It reminded me of Heart of Darkness, a game that’s as captivating as it is infuriating.

There are a few sections like the aforementioned. Another had me underwater and using a flare to melt alien matter to bring about water that allows the protagonist to swim upward. But melting this matter lets loose boulders that kill him. It takes trial and error to get past these, as I needed to swim down and to the left. The checkpoint takes you back to the very beginning, so this was particularly aggravating.

Somerville is gorgeous, with a distinctly artistic aesthetic. Everything is simple but well-designed, plus what we see sparks the imagination. This is one of those games where I found myself taking lots of pictures just because it so often looks like a work of art. Too bad the optimization seems to be somewhat awful. The game often ran under 60 fps for me at 1440p with an RTX 3090. There’s no way it’s this demanding, even if some of the sequences can get quite busy and intense. The game is cinematic enough that this didn’t even bother me that much, but it’s curious all the same. 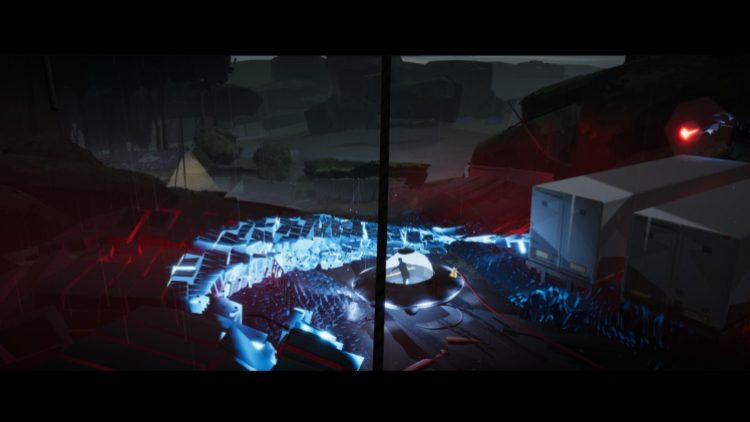 I think Somerville is a mostly captivating experience, but just a few hours in I was wading through the game’s lackluster, vague conclusion. In the end, I was left wanting something more conclusive. Getting to the credits also took some guesswork, which was odd considering how logical so much of the gameplay here is. I got two different endings, but there appear to be more, although I certainly don’t know how to do so or if any of them make for a better conclusion than what I’ve witnessed. Between this disappointing turn, how often the game can be aggravating, and the surprisingly poor performance, the game doesn’t live up to its potential. It’s certainly worth playing and has some truly memorable parts and a phenomenal presentation, but it could have been breathtaking.

Gorgeous, creative, and tense, Somerville can make for a fairly gripping adventure, but difficulty seeing what you're doing, a fair amount of frustration, and an underwhelming conclusion make the experience less than it could have been.

By Dani Maddox9 hours ago
Reviews

By Daniel Pinheiro10 hours ago
Reviews