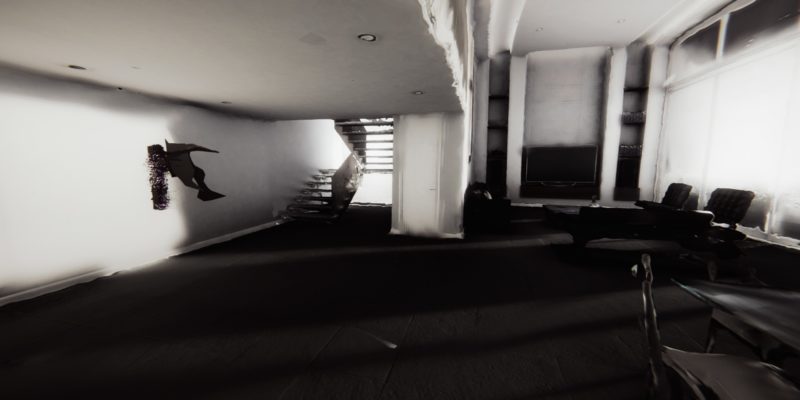 Machines that can look at people’s memories are a fairly popular sci-fi trope. The Signifier, however, goes about it in a noticeably different way. It’s part-adventure game and part-walking simulator, with enough unique concepts to stand on its own and deliver an intriguing, memorable story. The voice acting and character animations don’t live up to the premise, but the trippy visuals, thoughtful design, and the lingering questions it leaves make it well worth a playthrough.

The Signifier tells the story of Frederick Russell, a celebrated AI researcher. Russell works out of a small lab that houses a machine capable of scanning brains, interacting with memories via the assistance of an AI he developed, Eevee. The game takes place in the future, where AI is heavily regulated by a government entity known as the TSB, which is attempting to manage the way society integrates with the technology. All the while, the tech firm Go-AT continues to aid in changing people’s lives with AI tech.

The plot kicks into gear when Go-AT’s vice president is found dead in her apartment of an apparent suicide. But something about it stinks to high heaven. The TSB sends Russell a hard drive with a scan of her brain on it so that he can dig into her memories and find out just what happened to her and why. The story is alluring and mostly well-written, even if it does have a jarring coincidence or two and doesn’t exactly wrap itself up in a satisfying way. As I said, the voice acting isn’t great and the character animations are stilted and awkward, but I was intrigued by the narrative the whole way through. The game has three endings, and I completed it twice to view two of them. But there are a lot of different, well-integrated responses you can give that will change the way characters interact with you. 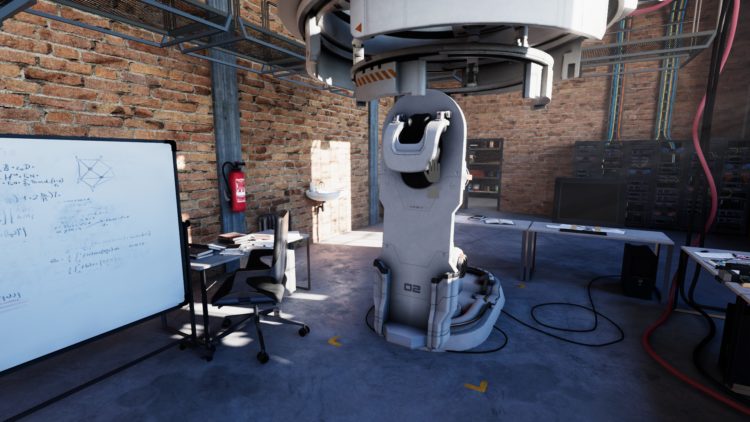 Subjective is the objective

Gameplay in The Signifier revolves around using Russell’s machine to personally dive into and explore the memories of the deceased vice president, Johanna. It handles this feat in truly interesting ways. Most memories have two forms: objective and subjective. The objective memories are more realistically drawn, while the subjective ones feature levels of metaphor. In Johanna’s case, she was heavily medicated and her objective memories tend to lack color and detail, oftentimes devolving into a mess of voxels. The subjective versions of these memories are generally much more detailed.

The way these memories are rendered looks like someone took a photo and distorted it until it became three-dimensional, similar to the way that street-level Google Maps look. It’s rather striking and quite eerie at the same time, and makes the game unique from a visual standpoint. When in a memory, Russell can swap between the objective and subjective states, as well as switch to different memories, ask Eevee for hints, or move to different memories altogether. You even get to explore one of Johanna’s dreams, which is quite memorable.

When inside memories, The Signifier is all about exploring and finding new pathways into deeper memories. For instance, you go to a memory of Johanna’s childhood home early on and end up finding strange connections to others in the same location. It’s trippy as hell. Russell also finds raw data that he can pick up and use in various places to fill in gaps that either allow him to progress further or learn more. It’s typically never too difficult to progress, even though it would have been all too easy for the game to become confusing. 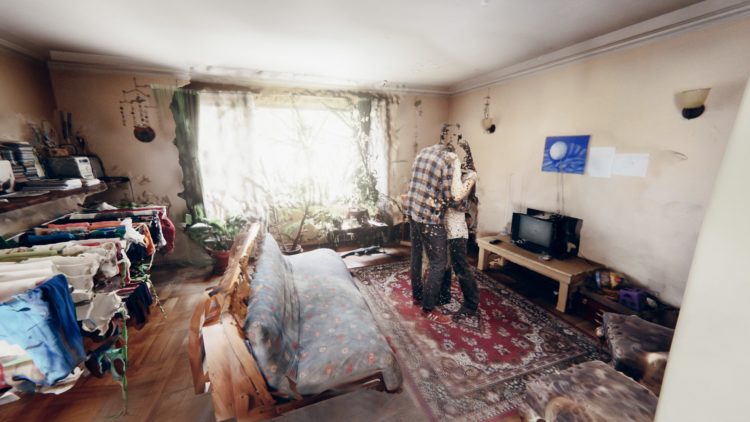 While in a memory, Russell can return to his lab. From there he can go home or to several other places via an in-game map. The plot frequently requires you to visit other locations, in which you also explore and talk to people. Visually, The Signifier is much less interesting when in the real world, but that’s to be expected. The locations are still well-realized with believable architecture and the like. Russell has a cell phone that he can use to call people, which is important when aiming for some of the game’s endings. For instance, his contact at the TSB, Tom, is the one who sent him the brain scan and is responsible for distributing the funding that keeps the lab running. If you don’t keep him abreast of your investigation and do what he asks of you, he tends to get pissy.

It’s an enjoyable game to play, but it doesn’t have enough differences in subsequent playthroughs to maintain the same level of interest afforded to the initial one. Even when going for different endings, the events play out identically. Despite this, certain characters can treat you completely differently based on your choices throughout the story. For instance, Russell’s daughter Lauren shows up early on. Based on the way you treat her, she might end up hating you in the end. Funny thing about Lauren, though. She has septum and lip piercings that were typically invisible on her face. Occasionally, you can see them pop into existence, which was really weird.

As per usual, The Signifier is far from a long game. I think it’ll take most players about 4.5 hours to play through. Additional playthroughs can take less than two, though, which makes getting other endings a breeze. I wouldn’t say that these endings are really worth the effort, though. They have something interesting to say about the game’s central themes, but you’re still putting a couple of hours or so in mostly for a minute or two of new stuff at the very end. 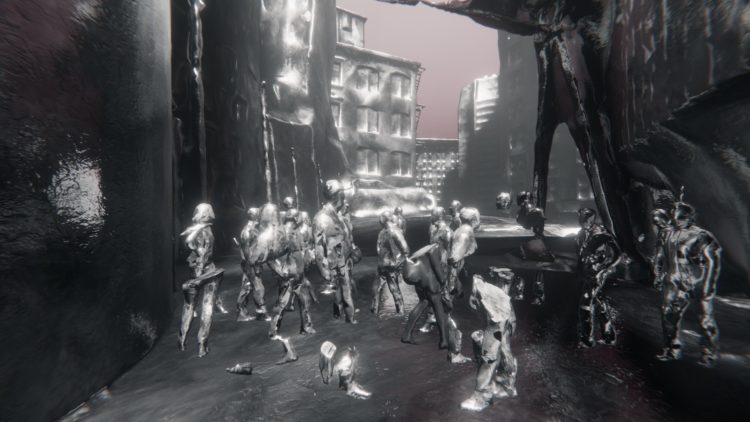 I feel so hollow

The Signifier‘s ending is fairly anticlimactic and a little disappointing, but by design. Don’t get me wrong, it was pretty good and didn’t do too much to damage the rest of the game’s events, but I certainly wanted a bit more closure and elaboration. The story’s details are fairly ripe for analysis, though, and this is definitely a game where the answers you find on your own will be more worthwhile than what is directly presented to you.

Overall, I enjoyed my time with The Signifier, even if I’m not exactly happy with how things went. But the game wants you to be conflicted and ask questions. Some aspects of it are janky and it isn’t particularly lengthy, but anyone intrigued by the premise will find a good story and a solid foundation worth unearthing. 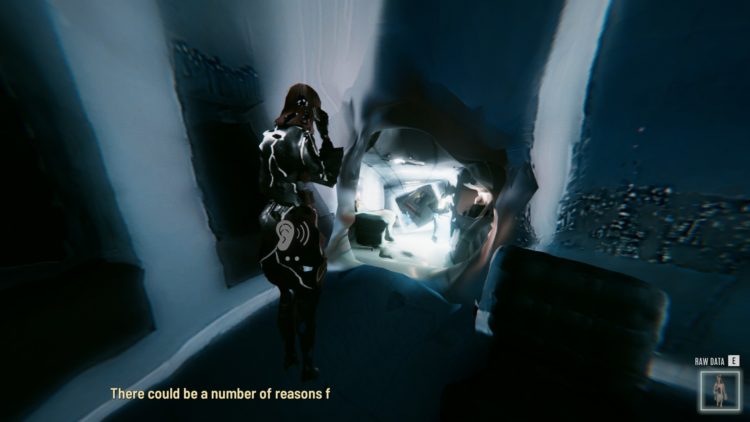 The Signifier is an intriguing adventure game/ walking simulator with a compelling story and unique design aspects. The presentation can be a bit janky, but the game has definitely stuck in my mind since finishing it.

Batbarian: Testament of the Primordials review — Follow the light