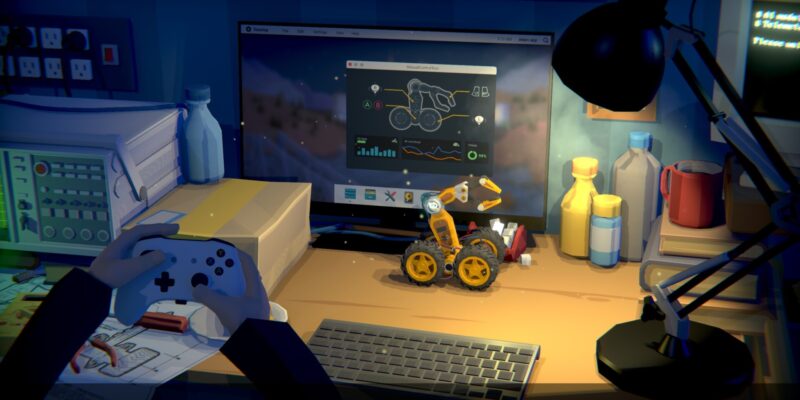 Sometimes a premise is enough to sell me on an entire game. Time Loader starts with a boy falling from his treehouse. His spine is damaged and he’ll never have use of his legs again. Determined to avoid this fate, he spends his life using his scientific acumen to figure out time travel. For whatever reason, he decides to send an AI powered toy car to the past to stop the accident from happening. But when one bullet is dodged, a different one takes its place. In order to save the legs of its creator, the AI has to continue changing its strategy.

Time Loader is a puzzle platformer, although it almost never tries to stump anybody. The game only takes a few short hours to get through, spanning three chapters. However, as it mostly concerns itself with timelines and minute changes that make pronounced differences, there are several different endings. The default ending is the easiest to get and is fairly bittersweet. The other endings are much trickier to find out. They’ll likely engender a lot of discussion among people who want to find them all.

But let’s go over the basics. You play as the AI-controlled toy car that gets zapped back to its creator’s childhood home via a modified microwave. Time Loader is very physics heavy, and most of the puzzles and navigation revolve around that. The car can jump and use its arm to pick up or manipulate objects. The arm is used to pull things, throw them, or swing from points. Movement is mostly satisfying and feels as it should. As the game progresses, you’ll find new upgrades for the car, such as the ability to use a screwdriver or springs to jump higher. 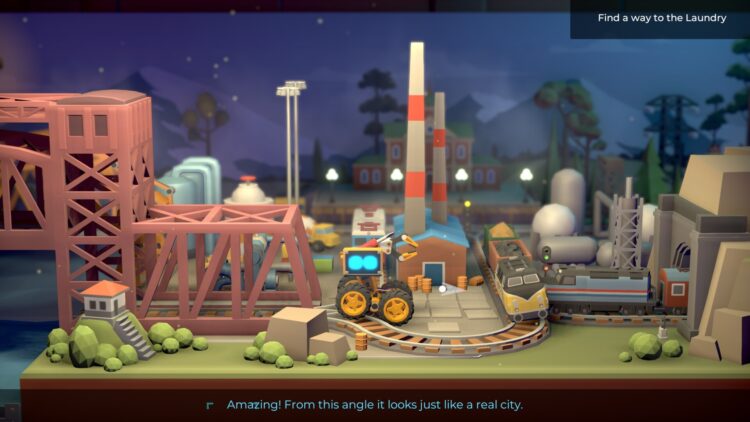 An open mind, a time to choose

It’s neat to see the robot make improvements to itself based on what it finds, as it was programmed to adapt in order to carry out its mission successfully. Structurally, Time Loader is linear, but you’ll often find yourself moving to and fro between certain areas of the house as you undertake your objectives. Your goal is always clear, though. The game provides you with an arrow that will guide you in the right direction at all times. However, the house contains non-essential interactive objects. They function not only as opportunities to flesh out the narrative, but also to provide access to secrets that tie into the alternative endings.

This is honestly a rather refreshing game. The car behaves just as you’d expect it to while getting around the house. You’ll have to slowly drive over certain obstacles due to the vehicle’s weight, and the way it’s assembled allows it to have a certain level of flexibility when squeezing past obstacles. Most of the puzzle solving revolves around moving items in the environment to make a path forward, but there’s plenty of platforming. One section has you running from a cat while swinging from bars, but most of the game’s pace is more laid back.

Time Loader‘s visuals are quite well done, as it really does make you feel like a tiny part of a larger house. Objects and environs are modeled believably, and the robot itself has a voice and speaks often. It even has some character to it, which was a nice touch. Regardless of whether you want to seek out the game’s other endings are not, this game is more than worth a playthrough, as it brings to mind a kind of combination of Wall-E and Toy Story that I enjoyed. Figuring out how to earn the extra endings can certainly keep you coming back as well. 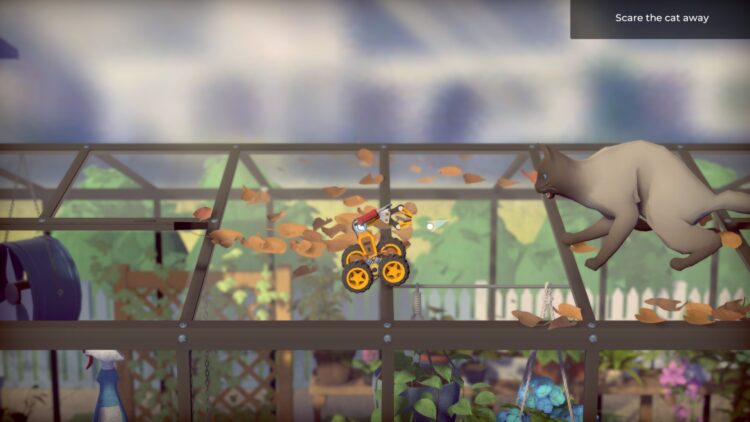 A well-made game with a great premise and enjoyable elements, Time Loader is well worth a playthrough for fans of puzzle platformers.

Riders Republic review – Extreme in all the right ways