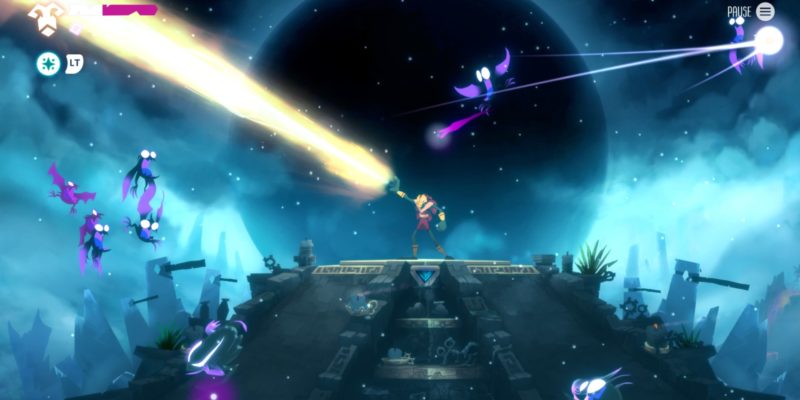 Do you like shooting beams of pure energy at your foes? How about standing stationary on top of a temple while you’re doing so? What do you mean you don’t know? At any rate, Towaga: Among Shadows, an arcade-esque game about holding out against waves of baddies might be right up your alley. There isn’t much content in the game, but its beautiful visuals and enjoyable gameplay make it worth a look.

When I said you stand stationary in Towaga: Among Shadows, I wasn’t joking. For the majority of the game, you’re planted in a single spot and have to hold out against enemies. Your principal means of defense is the aforementioned energy beam that is aimed around your character in a circle. The game takes place on a 2D plane and enemies come at you from every direction.

The beam isn’t all you can do, however. As you play through the game’s super short campaign, you’ll unlock spells that have a variety of effects. One of them hits enemies close to you with a shockwave to get them to back off. Another uses an ice beam to freeze enemies. My favorite is a petrification shockwave that turns everything near you into stone. This spell is so good that I can’t imagine using anything else most of the time. The others just simply aren’t as useful. 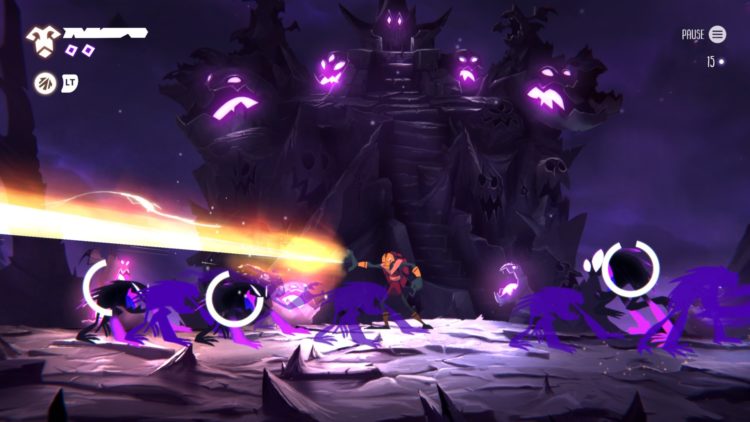 The game has a couple modes. You’ll likely spend your initial time in Towaga: Among Shadows‘ story mode, which sees your masked character facing off against an evil creature named Metnal. This section is divided into several levels with multiple phases in each, adding up to 42 phases total. These levels are focused around purifying temples, so you start on the ground near the temple, and after completing a few phases, you ascend to the temple itself, before finally taking to the skies and then coming back down. There are often boss battles here, too.

Spread your beams and fly away

While standing on the ground, you’re rooted to the spot and can only defend yourself. But on occasion, the game let’s you jet into the air. And once you start flying, you can move freely in any direction. The beam works the same airborne as it does while grounded, but you strangely lose access to spells while free of gravity. You don’t need them as much since you can move, but I don’t see any major reason why the game needed to take them from your toolkit.

Towaga: Among Shadows‘ also includes a challenge mode.  Here, your character’s stats are reduced and it’s one long level instead of several shorter ones. It still says it has 42 phases, but it doesn’t have that many, which is odd. The story mode is fairly easy, even on the harder difficulty, but this second mode can get tough. Especially since the game throws a huge amount of enemies at you. Gems collected during play can be used to upgrade your character’s stats, such as health and damage. I enjoyed improving my character in this capacity. You can also increase the efficacy of your spells. 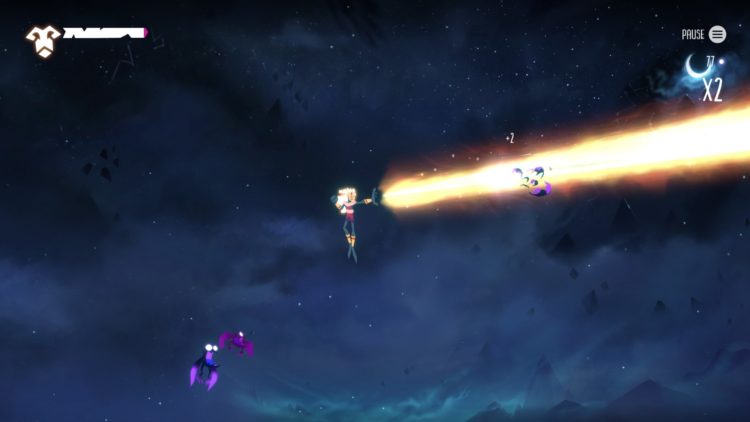 Not a lot to see but a fun time regardless

Towaga: Among Shadows is truly gorgeous to look at. The artwork is fluid and detailed — just lovingly drawn. The environments similarly look nice, even if they’re repetitive. Aside from those two modes, you can also fight a friend via local co-op that sees you both flying around and blasting each other. There’s even a survival mode that’s quite difficult.

All in all, it didn’t even take me three hours to beat the two modes and do a few rounds of survival, but I had a good time and will likely go back for more. A third main mode is stated to become available soon, so I’m also looking forward to seeing what that entails. Towaga: Among Shadows isn’t big or complicated but it’s a lot of fun in short bursts and is easy to recommend to anyone looking for an arcadey hold-out game. 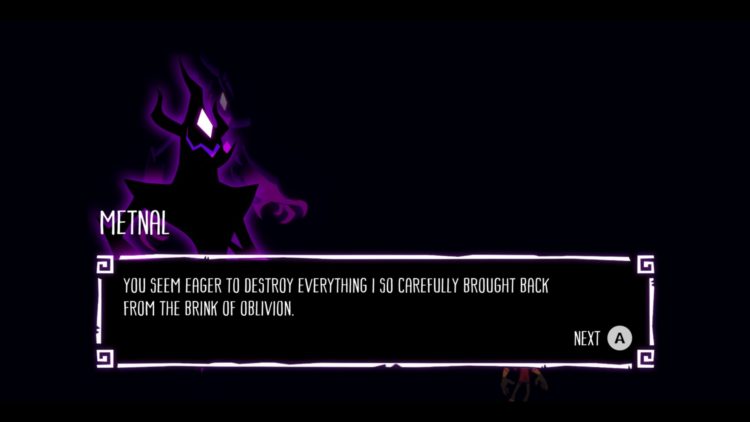 It might be short and simple but that doesn't stop it from being plenty entertaining and gorgeous to look at. If the idea of blasting shadow creatures with an energy beam while standing in place sounds like a good time to you, you'll probably find enough to like here.