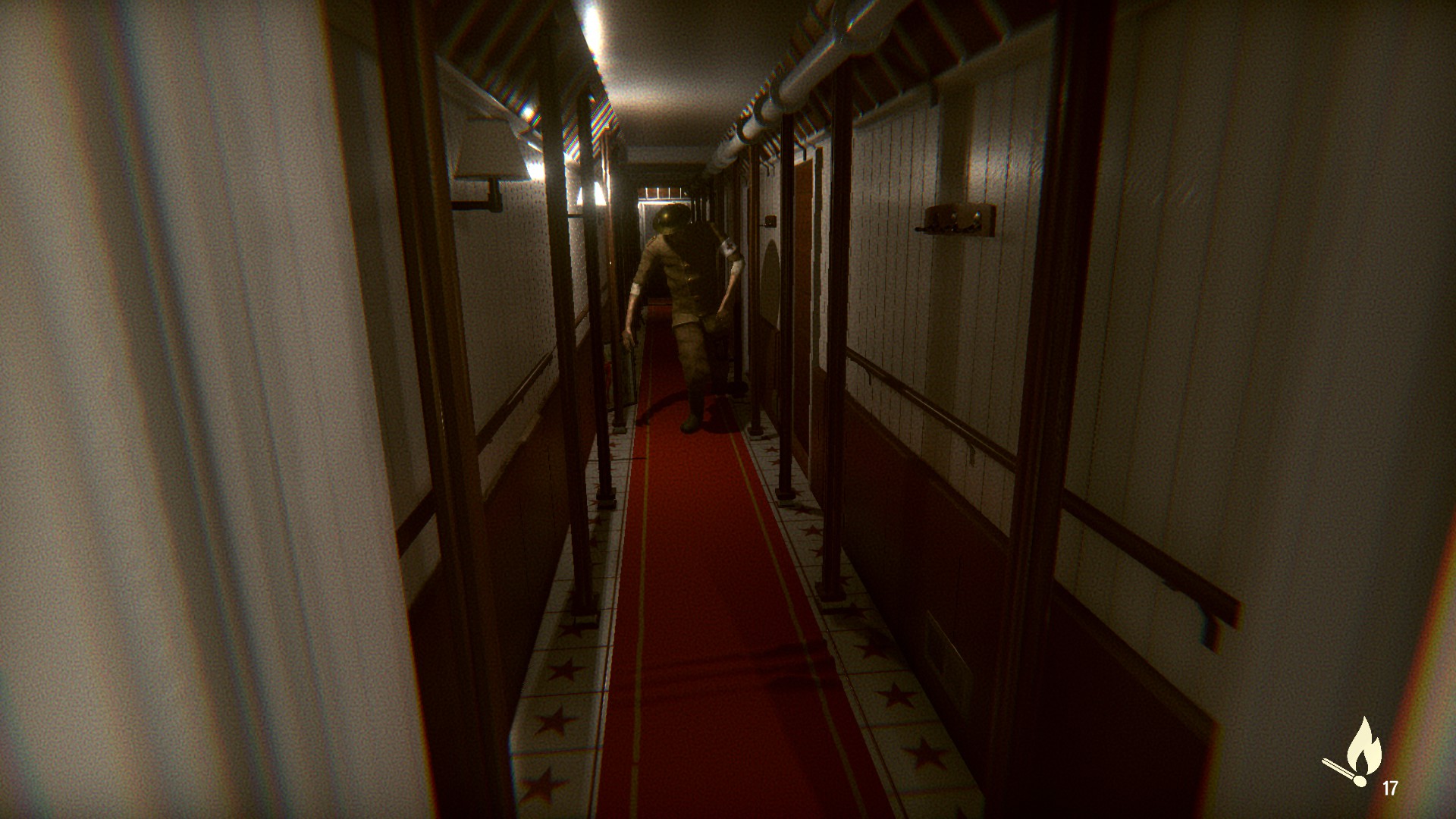 If I could shout one thing from the horror video game mountains, it’d be, “stop designing hide-and-seek monster segments and time-limit escape ones if your level design doesn’t work with them!” Under: Depths of Fear encapsulates most of the bad habits of short, indie horror games to the point that it could be used in classes on how not to design these games. Everything here has been done better elsewhere, and most of it shouldn’t have been done here at all. What we’re left with is an awful game that’s better off submerged.

Under: Depths of Fear tells the story of a British soldier in World War I named Alexander. He’s on a boat that’s taking on a significant amount of water and plagued by an eerie, lanky WWI soldier who follows him around sometimes. All the while, he frequently runs into information about the 2nd Life program, where, ugh, dead soldiers are brought back to life via medical experimentation. The storytelling is confusing and the ending makes it clear that you just wasted a considerable amount of time.

There’s some solid voice acting, and, to its credit, Under: Depths of Fear can be fairly creepy at times. But we’ve seen this type of story before. The graphics are also extremely bland and simplistic, oftentimes looking like a decade-old game. The level design is even worse, as the game can’t keep itself from repeatedly falling into the same traps that many similar titles have snapped their bones in. 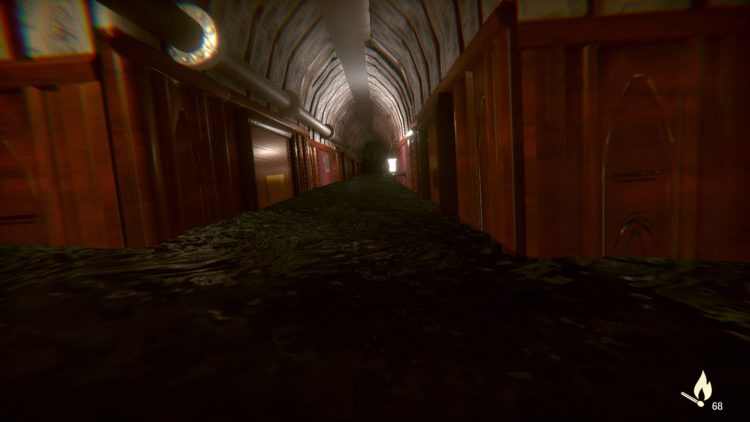 Fear is the key

If I haven’t made it clear, Under: Depths of Fear is a first-person horror game about navigating through a boat while dodging a crappy monster. Did I say crappy or creepy? Whatever. Most of the game is literally walking around in the dark while opening doors. You open doors by running into them to push them open, because the normal way just isn’t good enough. Sometimes, you’ll need a key to open doors, which the game will tell you. You’ll get around this by wandering until you find a key hanging on a rack or sitting in a drawer. Oftentimes, when you die, a hint will appear onscreen telling you what to do, as you wouldn’t be likely to figure it out from context alone.

But the level design in Under: Depths of Fear is quite awful. Doors and hallways on the boat look identical, so you’ll just be running into doors at random and hoping you’re going the right way. Every now and again you’ll find a door locked with a padlock. But these are super idiot padlocks that only require one number to open, so you can just guess them. I’m going to guess the company that made those went out of business. At two different points, you’ll find a gun that can blow different kinds of locks off some doors too.

Then there are the times when the ship starts filling up with water. You’ve got a certain amount of time to find a door that opens or to find a key in order to get out of the flooding area or your character will drown. This is something that’s never the least bit enjoyable in Under: Depths of Fear, on account of the aforementioned identical corridors and lazy key hunting that comprises the game’s environments. 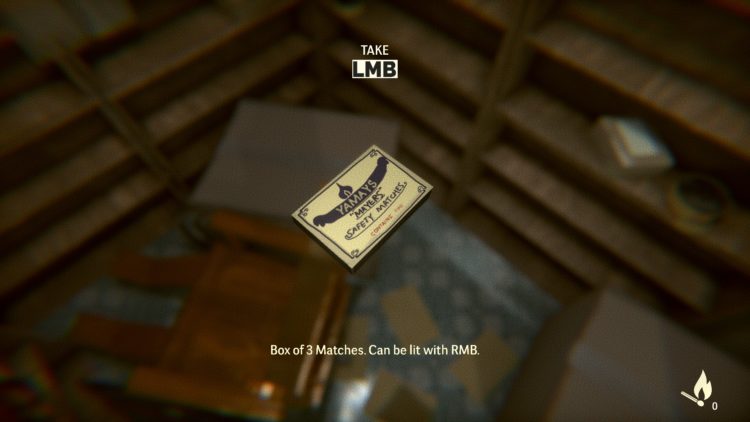 Run for your life

Then there are the monster parts. You know the drill here. A monster shows up and you have to run from it. The only way to get away from the monster here is to crouch under a bed or table or close a door to block his progress. I guess those gangly limbs make it too hard for him to look down. The first time you meet this guy is one of the worst encounters I’ve ever seen in a horror game. He shows up in a hallway and you’re supposed to immediately enter the door to your right by running into it and then close it via the interaction prompt on the handle.

But Under: Depths of Fear gives you hardly any time to do this, so it’s likely going to take some practice. Additionally, the game never has you close a door before and you could only manipulate them by running into them, so this sequence will possibly require you to try it repeatedly. And, once again, if you spend as much as a couple of seconds processing that you’re supposed to close the door, he comes inside and one-shots you. Other encounters with him aren’t quite as terrible, but they’re still very poor. Generally, the lights will turn out and you’ll have a few moments to hide under a table or something. It takes about thirty seconds for the lights to come back on and, as you’d imagine, waiting is not only not fun, but it’s totally devoid of tension.

If you’re under a table or bed, he literally can’t see you, so there isn’t any threat whatsoever. It gets to the point where I’d duck and hide pre-emptively because I knew the lights were going to go out again in the next twenty seconds. To make matters worse, the only means you have of lighting a dark place are matches you find around the boat. These come three to a package and they only last a few seconds each. One monster section happens while you’re in an area that is simultaneously filling with water, so if you crouch to hide under a table, you might get your match put out by the water and be unable to see if you actually made it under the table or not, leaving you to wonder until either the monster grabs you or the lights turn back on. 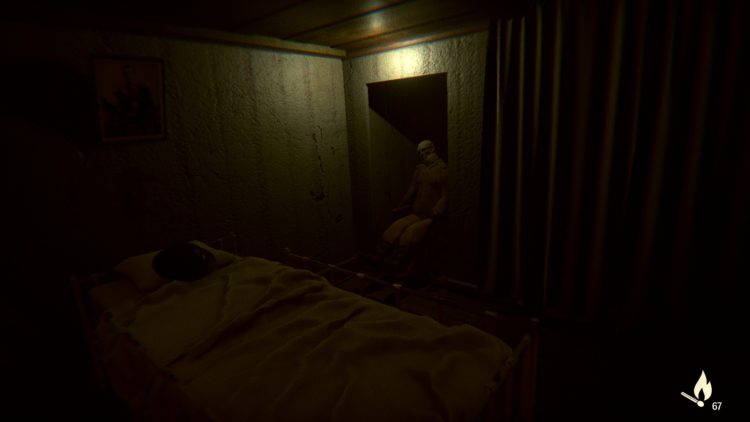 I know what you’re thinking: what box of matches only has three inside? Well, no worries, because you can farm them due to a glitch. The first encounter with the monster saves your match count upon death but also places you back in the previous area, so you can collect the three matches at the beginning of that section as many times as you want, which was quite helpful, as I may have run out otherwise and had to stumble through the dark a couple of times. Due to this section, I had over 60 matches in my possession due to how horribly unclear the section was.

Under: Depths of Fear is exactly what you’d picture when you hear “bad indie horror game” used in a sentence. The design is universally poor, the graphics are ugly and dated, the gameplay is tedious and full of trial-and-error, the story is weak and cliched, and it’s only about three hours long. I’m pretty grateful for that last one, though, as I doubt I could have stood it much longer than that. I don’t care how much you want to play a spooky game on Halloween, you can do a lot better than this. 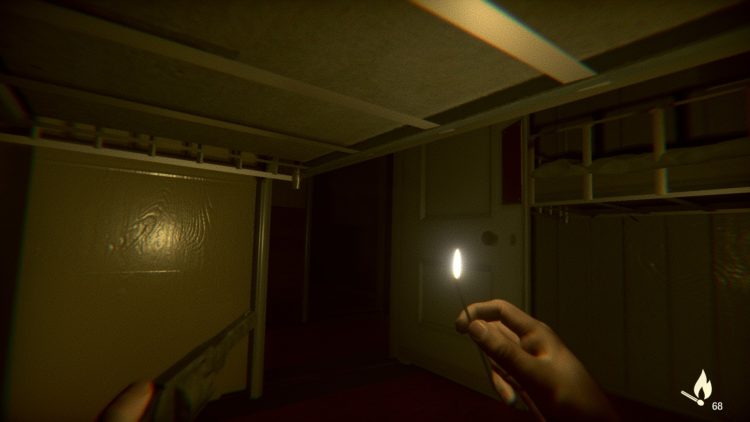 Under: Depths of Fear

Bad graphics, bad gameplay, bad design, bad everything. Wait, no. Solid voice acting. Almost flubbed that. Stay away from this one.