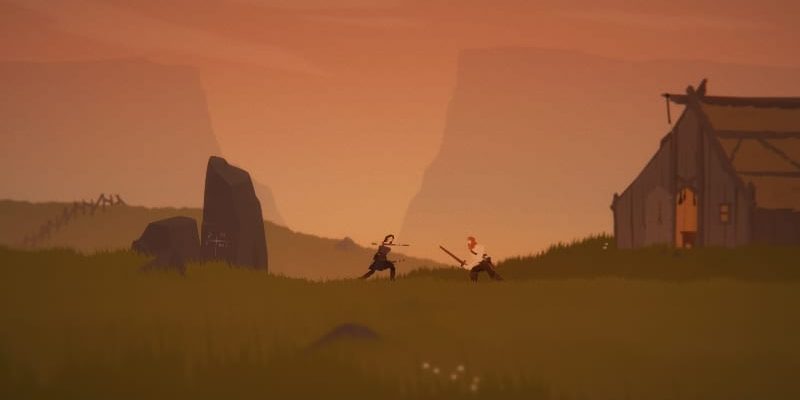 With all of the frantic shooter action, not to mention countless other remasters that have landed on console and PC over the past few months, playing the soon to be released Unto the End was a breath of fresh air. The action/platformer/survival game is a different take on the 2D combat adventure. It’s unlike anything that I’ve had the opportunity to play before. Just be ready to suffer from a critical case of “git gud” before it’s all said and done.

If you were to describe the overall visuals of Unto the End in a single word, the first that comes to mind is minimalistic. The minimalism has been married with a surprisingly wide range of geographic locations and weather conditions throughout the campaign, to deliver a beautifully streamlined, yet slightly barren environment. The real star here is the lighting, which helps to set the ominous mood throughout this literal death march.

Before we dive into the nitty-gritty of the review, it’s important to address the storyline, or rather, the lack thereof. To put it bluntly, there isn’t much of a story early on in the campaign. All that’s really known is that you’re a father who is shown leaving his family, presumably to go on a hunting expedition. It’s during this adventure that he maybe gets lost, and appears to be looking for the way home. I say “maybe,” because due to the lack of any true exposition (either verbal or written), this is somewhat left open to interpretation. The lack of clarity somewhat resolves itself later on in the narrative. Rest assured that things aren’t necessarily as it seems and will eventually begin to make a bit more sense. From the jump, however, just know that damn near everyone wants to use your melon as their personal percussion instrument.

The combat is where things get a little bit crazy. Despite existing only on a two-dimensional plane, 2 Ton Studios has somehow managed to cram the heart of a “Souls” game into this diminutive package. Battles are far more complex than they have any right to be, and that is very much a positive thing. Heavy and light strikes, dagger throws, shoulder charges, and feinting strikes make up a majority of the offensive arsenal. Defensive options consist of a standard high and low blocking, dodge-rolls, and ducking. The trick is determining how to best utilize this toolset to dispatch enemies in the most efficient manner possible. 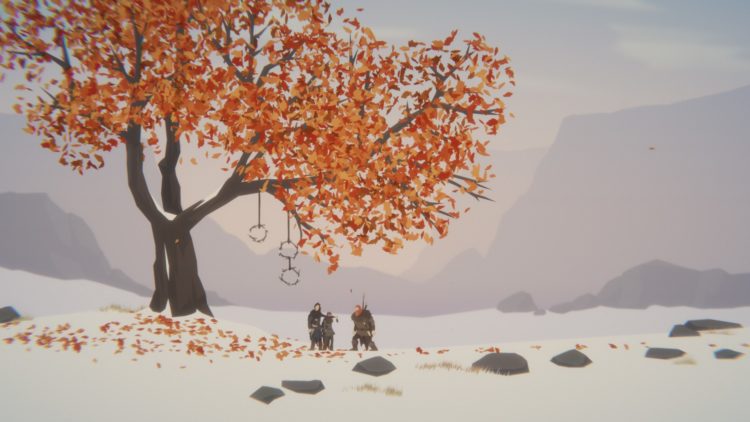 You will still die, though. Get used to it. Part of the charm of Unto the End’s combat is that mistakes rarely take long to iron themselves out. If you mess up, you will die. Simple as that. Luckily, the restart loop only takes a brief moment before re-submerging you back into the action, restarting from the most recent checkpoint. In most cases, the checkpoints are fairly generous, as long as you’ve dealt with all enemies on screen before proceeding. But then, defeating enemies is kind of the kicker, isn’t it?

Each encounter with adversaries results in impressive amounts of bloodshed. And, at least until you’ve perfected the battle systems, will tend to feel stacked heavily against you. While there are plenty of garden variety grunts to tear a new asshole, there are also numerous larger, much better-armed units that are going to take more than a simple “hack and slash” to address. In many cases, these prolonged fights will be a several step process involving a combination of attacking, parrying, then counter-attacking.

Opponents come in a wide variety of shapes and sizes, and they each have differing battle tactics that help keep things extremely fresh. It’s critical to remain on your toes, because even units of the same type don’t necessarily behave the same way on a situational basis. Reusing the same strategy to do away with identical units will work to some extent. But eventually, the time will come when the tactic will simply no longer function. This is where the dreaded replay loop once again comes into play. 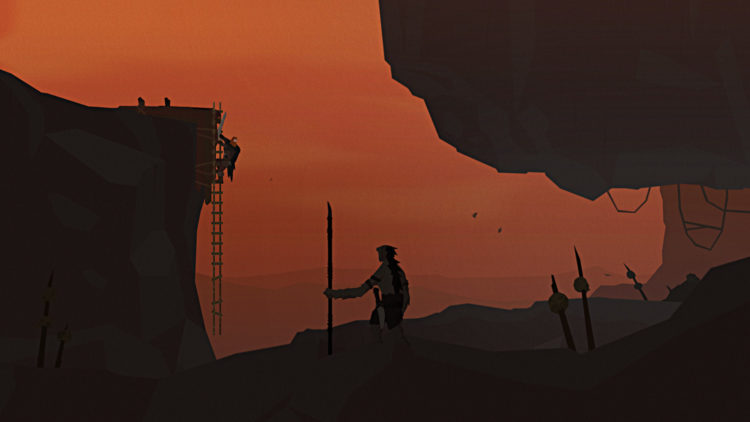 In a handful of particularly difficult scenarios, I found myself continuously dying. For the better part of a half-hour, I kept trying new approaches to clear the screen. At this point, things became a tedious process of trial and error, until the path to victory becomes clearer. Thankfully, the quick respawn rate helps take the sting out of getting your ass handed to you in a doggie bag, time and time again.

Easily the worst part about being stuck in Unto the End’s death spiral is that for a vast majority of the time, it’s entirely your fault. I don’t consider myself even remotely proficient in the arena of quick, timing-centric combat, but even I knew when I’d screwed the pooch. Though the margin of error was extremely low, the tension was further heightened by the fact that most enemies can kill you in a couple of strikes. Due to the fairly rigidly scripted AI systems, after a few times around the horn, you’d be able to fairly consistently predict the moves of opponents. Yet, it would take numerous more attempts to finally perfect the ideal combo. This process was tedious and frustrating, to say the least, but once you’ve finally managed to clear out resistance, surviving was the most gratifying feeling in the world. 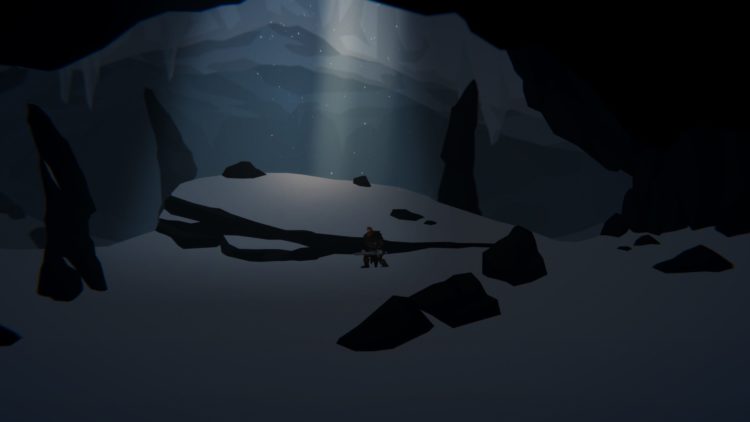 So, what happens in-between getting mercilessly massacred? Survival. Throughout the main character’s quest, there are bound to be extra bumps and bruises. Accordingly, it’s key to maintain health at all times. In between trips to the campfire to recoup health (more about that shortly), there are craftable items that can be used to stave off bleeding to death. The tricky balance is that those same items are used for crafting new materials like better armor or health potions.

Using herbs to stop the literal and proverbial bleeding is only temporary. Eventually, the blood will once again start to flow, which will in turn impact your ability to progress. Once a serious injury has been sustained it’s only a matter of time until movement starts to slow, dodging becomes slower and less effective, and full-on fainting spells start to kick in. These are the critical moments when you need to track down a campsite to, once again, survive. If not attended, serious injuries will eventually result in bleeding out.

Upon discovering an abandoned camp, you can create a fire and relax for a few moments. As alluded to earlier, once a campfire has been established you can then utilize craftable items to either fully heal, create potions, or upgrade gear. Campsites are frequently located slightly off of the beaten path, so a little bit of exploration may be necessary. That said, rest assured that if you choose to follow the mainline campaign, there are still plenty of camps to be found. 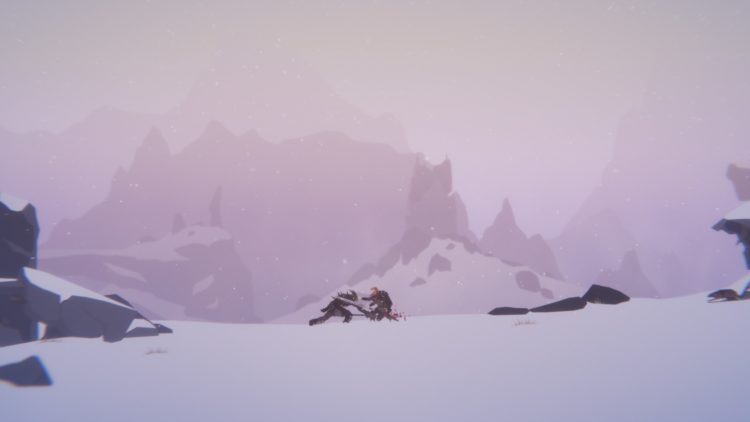 Aside from the overall lack of direction that the Unto the End provides early on, there are only a handful of issues worth mentioning. For one, they could use a dialog popup that explains how and when to use an elevator. I legitimately spent a half-hour at what I thought was a dead-end, trying to figure out what to do next. It turns out that aside from being a world-class dummy, there is also a switch on the floor, used to activate all elevators. As soon as I figured that out, I was back to cooking with gas. However, that still doesn’t change the fact that I burned a substantial amount of time trying to find that goddamn switch.

Another issue that I found to be slightly demoralizing was the controller response time when attempting to block or parry an incoming attack. While the process of performing blocks was easy enough (either up or down on the left stick), when I was in the heat of battle, it felt like there was an inherent lag to the block registering. This resulted in enemies having a split-second advantage over myself. Plus, when there’s an enemy that literally uses the corpse of a dead dear as a baseball bat, good luck trying to time out that dodge properly.

Despite causing me a decent amount of heartburn while in battle, Unto the End impressed me to no end. The minimalistic, yet beautiful, visuals and fluid combat melded together well, ultimately delivering an experience that must be played to fully appreciate. As long as you are persistent and have the time to dedicate to combat trial-and-error, this is a quest that is well worth undertaking.

Though it's a small package, Unto the End manages to deliver both an amazing visual experience and surprisingly deep combat systems. You won't want to miss the sort of adventure that will keep you coming back for more punishment, death after death.

By Jason Rodriguez18 hours ago
Reviews

By A.K Rahming20 hours ago
Reviews