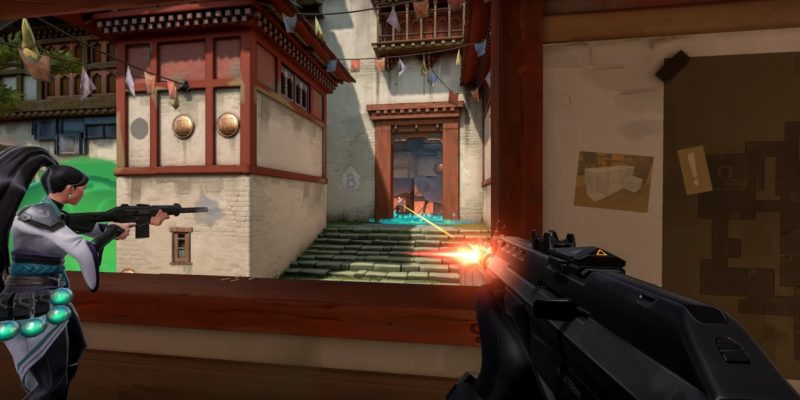 There’s a lot of excitement for Valorant at the moment. Players are analyzing every second of gameplay footage out there, questioning people who have tried the game, and speculating wildly about the its features. There’s a lot out there, so I’ve put together a list of 10 details that I believe provide good insight into what the gameplay of Valorant will be like.

As with all new games, Valorant is being compared to other titles that seem similar to it. CS:GO and Overwatch are the two games that seem to inspire Valorant the most. But from what people who have played it are saying, it seems like Valorant will be a lot more like CS:GO than Blizzard’s hero shooter.

For starters, a match in the game will consist of 24 rounds of 5v5 combat. And the only game mode we know of right now involves planting or defusing a bomb, just like CS:GO. You will choose one character for the entire match and halfway through, taking turns swapping from attacking to defending or vice versa. 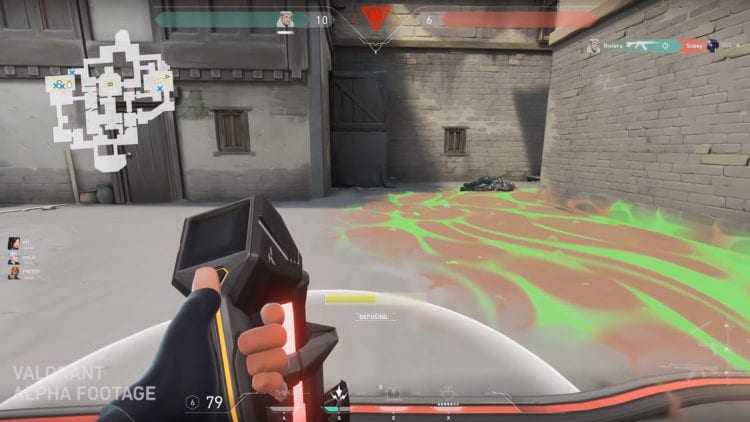 Defusing the bomb (or spike) takes the same amount of time as it does in CS:GO.

A match in Valorant won’t just involve shooting your enemies or throwing fireballs around, however. Much like in CS:GO, players will also need to manage their money (or economy) from round to round. Weapons, armor, and abilities all come with a price tag. If you want the good stuff, you’ll need to kill enemies and win rounds.

You cannot have multiple versions of the same character on a team. This is a good decision as far as I’m concerned. Anyone who played Overwatch just after it launched will remember the anti-fun strategies that came from fighting two Reinhardts and three Genjis at once.

Players who have managed to get their hands on Valorant already have said that, currently, characters are chosen on a first-come-first-serve basis. Not an ideal situation for a randomly assembled team in online gameplay. Hopefully, this is changed by the time the game launches — certainly for ranked game modes.

All 12 agents at launch and all future agents will have the same hit boxes so as not to have any effect on Valorant gameplay.

All the agents in Valorant will be a similar size and shape. To put it another way, they will have the same hit boxes and health. The reason for this is to avoid issues with certain character models  giving players an advantage.

It’s worth briefly noting here is that Riot Games has said it does not intend to have character skins in Valorant. However, there will be weapon skins starting at launch.

4. How to tell allies from enemies in Valorant

Unlike CS:GO, which has a set of different character models for the two sides (terrorists and counter-terrorists), Valorant will often have the same characters on both sides. To help you keep track of who wants you dead and who wants to keep you alive, allies will always be visible to you. If something is blocking your line of sight, the ally will be a blue silhouette. Enemies, on the other hand, will have a slight red aura to help you identify them quickly. 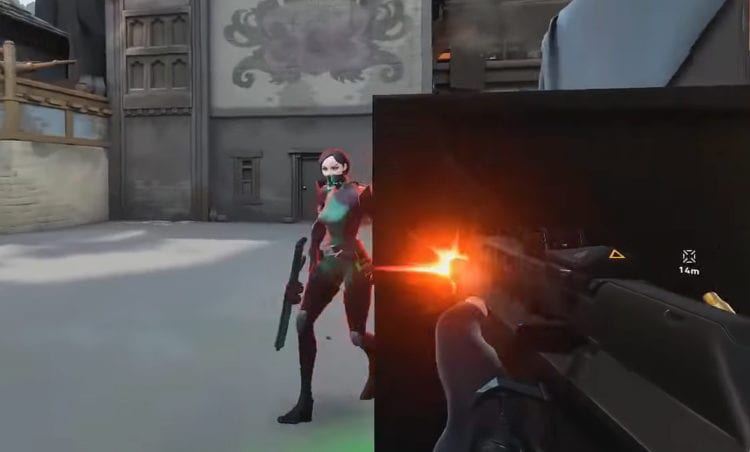 The enemy Viper has hints of red all over model.

Weapons in Valorant are highly lethal, meaning the time to kill is very low; a few seconds at most is all it takes. From this, we know that the game is going to feel a lot more like CS:GO than Overwatch. Also, former CS:GO player HenryG confirmed that when you get hit by bullets, your movement will be slowed. So, if you get caught in the open, your chances of surviving are low.

One more thing about guns and firing: moving makes your weapon fire less accurately. Meaning you can’t strafe and hope to hit precision shots at the same time. Again, pushing the gameplay style closer to CS:GO than the more arcade-like Overwatch. 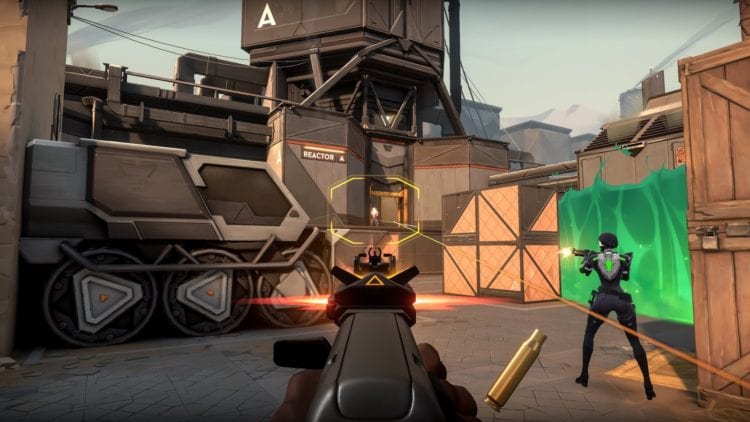 6. How important are abilities in Valorant gameplay?

As we’ve said in a previous article, abilities alone in Valorant will not win you the game. They are more like utility items from CS:GO than the powerful character-deleting abilities you see in Overwatch. In Valorant, gunplay comes first.

It has also been said that the audio in Valorant is very clear and distinct. You can hear player footsteps easily. Most of the abilities are broadcast and, if possible, can be countered. For example, the drone and recon bolt can both be shot down. And before using his Curveball, Phoenix snaps his fingers. Presumably, you can hear this and look away before the ability blinds you.

When you are killed in Valorant, you get a pop-up that shows you a combat report. This will tell you how much damage you did to the enemy, as well as how much was returned before death. This information can be key to help your team take down remaining, injured enemies. 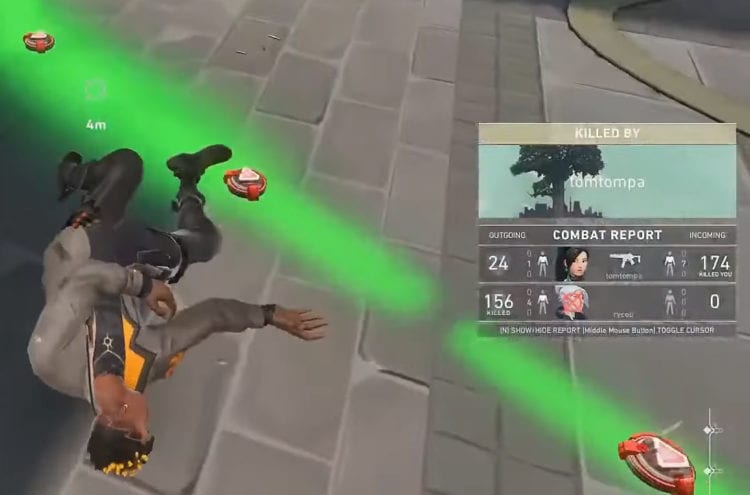 Players will need to get good at quickly digesting the information from a combat report and relaying it to their teammates. You can provide your team with a range of info on the enemy, including what guns they are wielding and how much health each one has left.

Bullets in Valorant will be able to penetrate walls, boxes, doors, and other forms of cover — similar to CS:GO, or even Call of Duty. You can see numerous examples of this in the video Riot released showcasing a round of Valorant. The killfeed will indicate when you kill an enemy through an object. 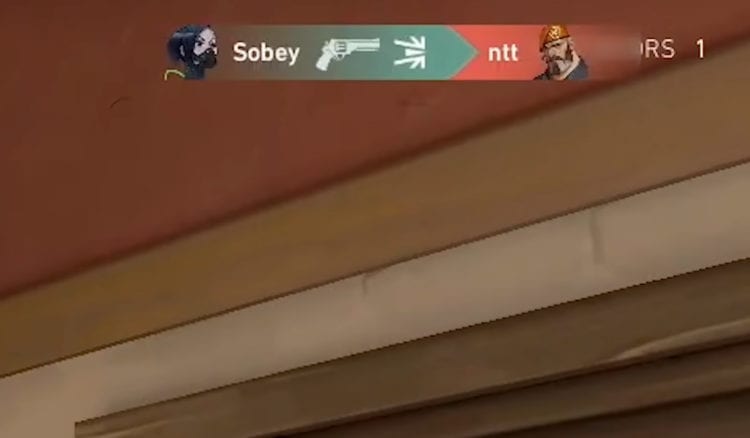 Here you can see the icon that indicates a player has been killed through an object.

You will be able to ping items on the ground, similar to the way you can highlight gear and weapons in Apex Legends. You can see weapons on the ground highlighted with a bright white light in a lot of the gameplay footage that’s out there right now. 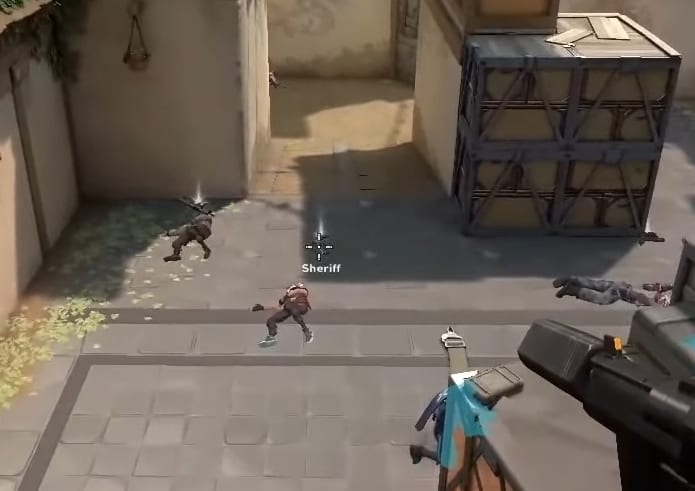 The last gameplay mechanic that defines Valorant is one CS:GO players will be very familiar with. You can run faster with your knife out. So, expect there to be some stylish knife cosmetics in-game.

Looking at these 10 gameplay details, it seems Valorant will play more like CS:GO than any other first-person shooter. And the abilities many players are concerned about are clearly just utility options to help you get creative with your play. They won’t win you a match on their own.

Valorant is due to be released in summer 2020. We’ll be sure to bring you every bit of news about the game that comes out between now and then.

Diner Bros: Taco Amigos DLC – Is it worth it?