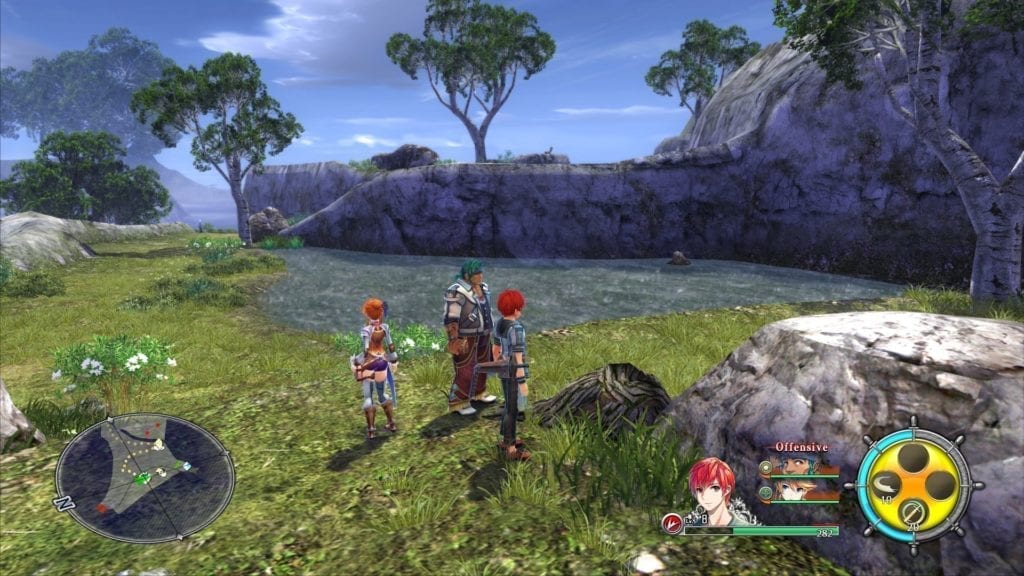 The Ys series had massively overhauled itself several times before Ys VIII came along. The basic structure of most of these games was that the series’ main character, Adol Christin, went on solo adventures. Along the way, he’d find ancient secrets while leveling up and obtaining new weapons and armor. Early entries were short but so fast-paced that they didn’t feel like it.

The first two entries were top-down games where you had to bump the enemies to hurt them. The third was a side-scroller. The fifth was top-down but featured attacking similar to the 2D Zelda games. The sixth game then shook that up and added faster, flashier combat to the series. It took the slower, more generic combat of the fifth game and changed it so much it was almost unrecognizable.

Although I’ve played every game in the series, the sixth one was my first. I loved that game so much that it motivated me to play every other game. I was hooked on the speedy grinding, the killer tunes, and the cartoony visuals. The series followed this formula for the next two games, but with Ys Seven, the gameplay was completely re-invented yet again. It was originally only on the PSP, so I had to borrow a friend’s and buy a copy of the game just to play it, but I didn’t mind too much.

I Was Initially Very Unhappy With The Series’ Direction

However, I didn’t like it. Ys Seven changed the series in much bigger ways than the sixth game did. You now controlled three characters, instead of just Adol, and there were three different types of attacks. Adol was slash-type, alongside the strike- and pierce-types, and different enemies were weak to different attacks. The game also added crafting to the mix, with harvest points and enemies dropping items. It didn’t feel like Ys anymore. Along with the game making you return to previously explored areas, again and again, it felt padded in an unnatural way. I longed for the series to go back to the way it was before.

When the follow-up, Ys: Memories of Celceta was revealed to continue in this vein, I was not excited. I didn’t want another generic, padded game that was so unlike its predecessors. I got it anyway and quickly had to change my tune due to how much the devs had ironed out the previous game’s design issues. The world design was better, the game’s systems flowed together in a more logical way. Plus, the game had a new mapping system that urged you to explore every nook and cranny for both completion and rewards. I loved this one.

All-in-all, though, Memories of Celceta wasn’t massively different than Seven. It just did everything better. Ys VIII continued those improvements but did so many new things that I can’t help but be extremely impressed in regards to the massive strides the game made. It’s still very much the same at its core, but the game’s entire structure and the way it’s presented is so different that it deserves further commendations.

The Third-Person Camera Was Long Overdue

For starters, while the previous two games had a distant camera that you couldn’t really controll, Ys VIII has a standard third-person camera that serves to give a much closer look at the action. This goes a long way towards making it feel like a more modern experience. The game’s structure is also so different that it stands in stark contrast to the rest of the series. Previous games always had Adol making his way from town-to-town and buying new armor and equipment. Visiting these towns generally moved the story forward as well. Well, this one did away with that entirely.

The central hook of Ys VIII‘s structure is that Adol and the rest of the people aboard the good ship Lombardia have all been shipwrecked on a cursed island known only as Seiren. As such, there are no cities. Although collecting gold and using it to afford the next tier of equipment was necessary in pretty much every previous game, there was absolutely no currency this time. Progression instead centered around finding more of the shipwrecked passengers and inviting them to your small base, Castaway Village.

The castaways often have unique skills that allow them to set up their trade in the village. And seeing it grow is really satisfying. When you first stumble upon it, it’s a barren area. But after a while, it’s loaded with crafted materials that the castaways have put together, and it keeps growing little-by-little with each additional person.

I Love How The Island Premise Opens The Game Up

Speaking of crafting, though, Ys VIII handles that in the series’ best way yet. Seeing as money is out of the picture, the game instead focuses on a constant influx of items. Need stronger weapons? You can’t buy them, so you have to improve the ones you already have. Early on, you can only slightly improve them with crafting materials, but once you find a blacksmith castaway, she can completely reforge your weapon into something more powerful. One thing I’ve always strongly disliked about party-based RPGs is having to go out and constantly buy new gear for multiple characters, but Ys VIII almost completely removes the annoyance factor.

And it’s not just the gear. The game’s structure expands massively with this focus. Obstructions exist all over Seiren that you can only remove once you’ve found enough castaways. I once thought I’d be able to move something, only for one of the game’s castaways to refuse to help me, which was perfectly in line with their character. The number of available helpers I had immediately dropped by one, which made perfect sense in the context.

The castaways also have quests that all make good sense within the game’s context. If you’re marooned on an island with next-to-nothing, it’s not strange at all to be tasked with going out and finding items that allow one of the castaways to make a boat. And since Seiren is crawling with beasts, the village will sometimes get raided. You can set up a whole host of defensive measures with the items you find. When a raid occurs, Adol and company can warp back to the village to fight off waves of monsters. These missions come with scores and rankings. Doing well will net you a host of additional crafting materials.

The PC Version’s Early Problems Are Behind It

Every one of these additional features makes a whole lot of logical sense and absolutely nothing feels tacked on. Ys VIII took the series and made it a full-fledged RPG experience. It’s a huge game, with a lot to do and plenty of room for players to pay extra attention to various facets of the game world. I absolutely wasn’t expecting it to redefine a series I thought had come close to going as far as it could, but I’m glad to be surprised by this beloved old stalwart. And after the devs resolved some early issues with the game’s performance and mouse and keyboard controls, the PC version is a joy to play through, making this an excellent time to give it a spin.

Giveaway: Take One Of Our 1,000 Beta Keys For Aftercharge