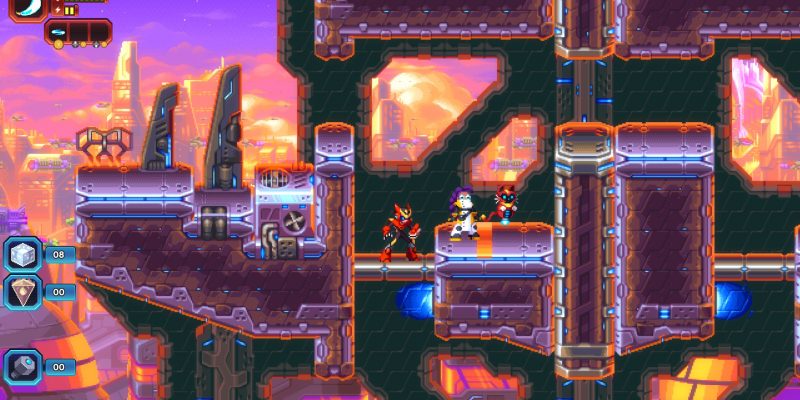 I, like many other Mega Man X fans, very much loved 20XX. The only thing that didn’t quite do it for me was the game’s visuals, which I wished were pixels instead of vector graphics. When 30XX was announced, my reaction was mixed. On one hand, it seemed a bit soon for a full sequel to a rogue-lite that was likely going feature the same run-and-gun feel. On the other, the new game will carry with it a completely different art style. So far, there seem to be a good amount of differences and the game seems a hell of a lot harder. But is it worth it?

30XX starts out by offering you an important choice. You can play the standard rogue-lite mode, or one that allows you to keep progress between levels. Much like the original, you’re plopped into your headquarters and allowed to choose between Nina or Ace, a.k.a., the buster or the saber. I don’t know if any of the DLC characters from 20XX will show up, but they may be unlockable later on. Or maybe they’ll be DLC again. You can explore the surprisingly vertical HQ and get a feel for things before stepping onto the teleporter that takes you to a random level.

The game is undoubtedly similar to its predecessor, as expected. The graphics make for a noticeable difference, though. The sprites are colorful, detailed, and well-animated, offering 30XX a more authentic Mega Man aesthetic. Likewise, there’s a level of artistry in the game’s backgrounds. One area takes place in a kind of crystal cave that occasionally lets you peer into the distance — the layers of parallax backgrounds are lovely and packed with character. 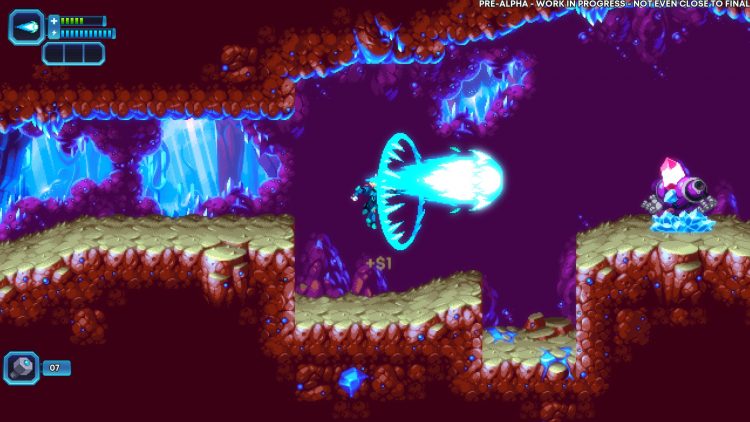 One thing I don’t think I’ll get over is how wonderfully it feels to control characters in 30XX. I love the game’s inspirations — the precision and impact of all the movements and attacks are pitch-perfect. The game is, of course, still easier with Nina than Ace, but that’s to be expected. The dashing is also immaculate, and moving through the game’s huge levels is an absolute joy. Unlike 20XX, there doesn’t appear to be a way to actually choose what level you want to go to. At least, not yet.

The structure is the same as it was last time: fight your way through a level until you get to the boss. Beating them offers you their special attack as reward. Bosses appear to be a step up from the last go-round. The ones I’ve faced feel more like Mega Man X bosses than most of the ones features in 20XX.

Each stage also has its own unique mini-boss that often ties into specific level gimmicks. The cathedral level, for example, pits you against two enemies that attack you by shooting at reflector panels. Of course, you can manipulate these panels and turn the attacks back on your foes. At one point, I got them both to blow each other up simultaneously. It was awesome. 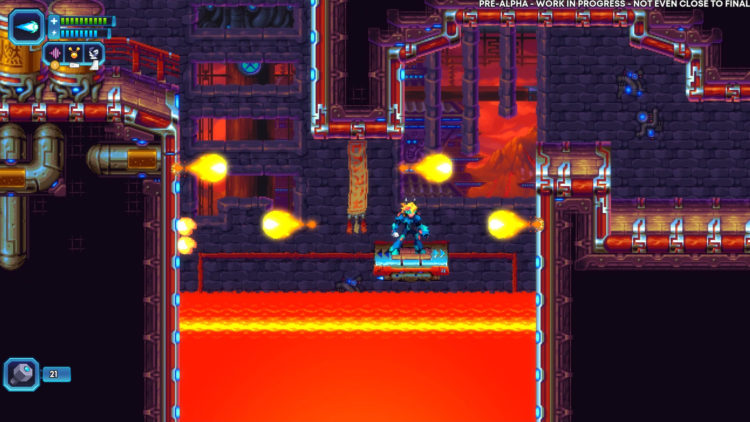 A couple glitches, nothing more

In this preview build, the levels did feel too long. But I also didn’t mind that too much because the game is such a delight to play. At the time of writing, I’d say the main issue to be worked on is damage detection. The game doesn’t do a good job of letting you know you’ve been hit, which may lead to unfortunate deaths.

Playing this build has only increased my desire to see how 30XX shapes up as it moves through Early Access. It’s a beautiful game with tough, intricate level chunks and well-designed boss fights. Bosses now drop a second kind of currency, too! Other people’s level editor chunks obviously aren’t available in this build. But I’m very much dying to see how they play out when everyone is able to get their hands on the game when it launches into Early Access on February 17. 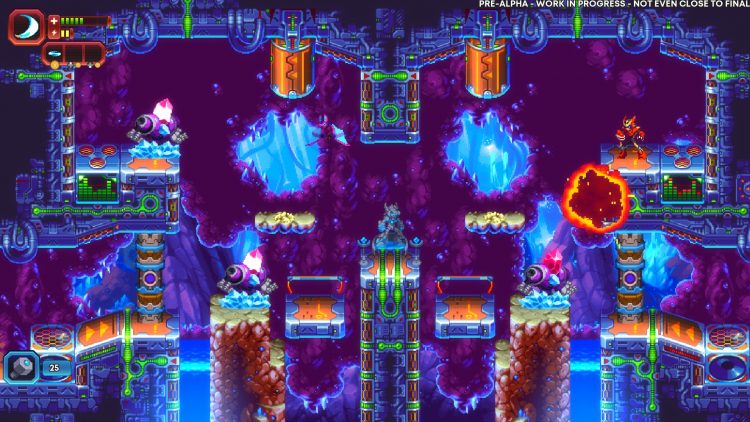 Neverwinter: Sharandar expansion brings with it a blast from the past