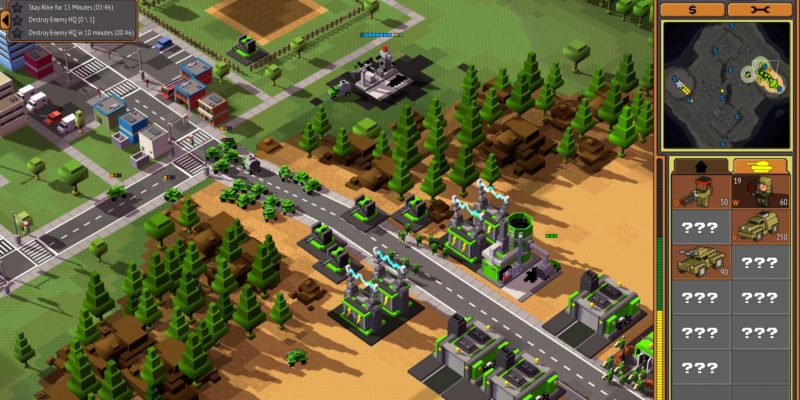 Petroglyph’s new voxel RTS 8-Bit Armies which is very similar to the original C&C has been updated.

When the game released it didn’t quite feel feature complete but I think Petroglyph know they are onto something with this one and have been busy adding new features based on feedback.

This update adds some requested new features to the game such as no super weapons in multiplayer, the ability to mod the unit responses, ability to set the primary factory and more. Based on the list below they appear to be bringing it more in-line with what C&C players would expect to see which is a good move.

(The Design Team will be watching the forums for feedback on these balance changes. Try it out, then let us know what you think.)