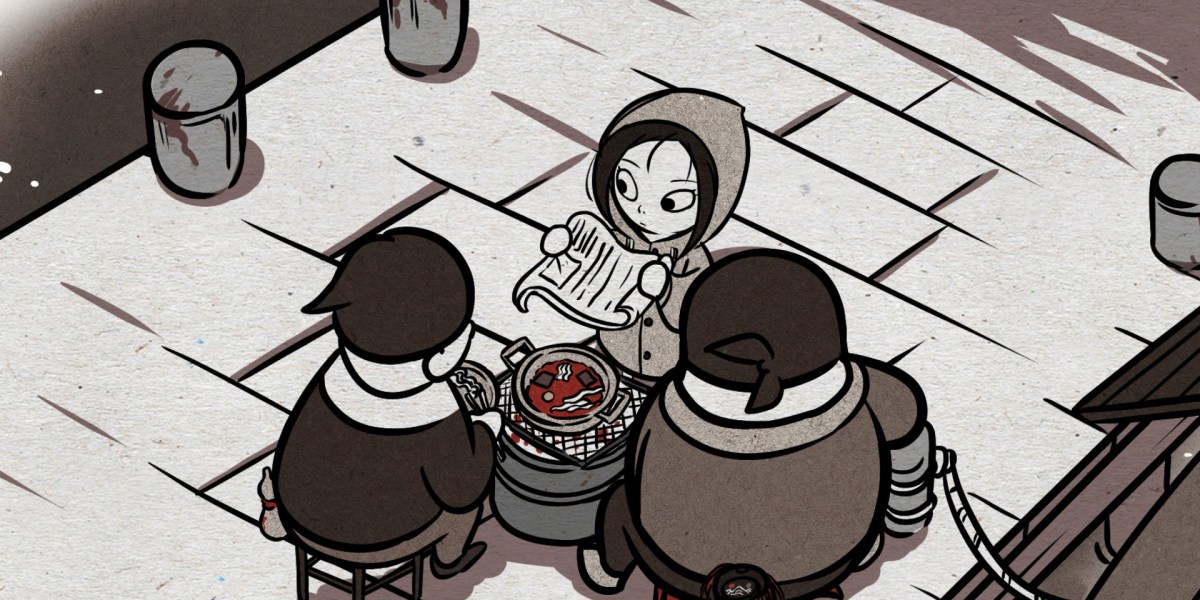 Metroid-likes are a subgenre that I never get sick of jumping into. Throw in some unique mechanics and a fresh aesthetic, and you’ll have a recipe for something special. 8Doors: Arum’s Afterlife Adventure does enough to set itself apart from many similar games. Plus, it has the controls, level design, and solid hook that would have been enough to make it a title that could be well worth playing by many. But the game throws all of this away for FromSoftware-esque boss battles that don’t meld with the rest of the experience, making it much harder to recommend than I would have preferred.

8Doors puts you in the shoes of a young girl named Arum. People in her village are dropping like flies, including her dear old dad. She makes a deal with two guys to take her out on a boat so that she can go to purgatory and find him. Arum feels her soul separate from her body and sinks into the water, only to awaken in a papercraft-inspired Korean purgatory. She becomes a temporary death guardian and goes looking for her father’s soul.

The story is interesting, but it takes a while to get going. It doesn’t help that the game sets up a major villain early on and most of the cast is too stupid to notice how clearly evil he is. There’s a fair amount of dialogue, but the translation in 8Doors is rather poor. It’s stilted, too literal, and has noticeable errors, such as other characters referring to Arum as “he” and “him.” The cast also exclusively calls purgatory, “The Purgatory,” which never stops being weird.

Visually, there’s good and bad here. The general art style and character designs are typically excellent, but the game itself almost looks like a flash game, with low-quality, hand-drawn characters and backgrounds. 8Doors is a Metroid-like and comes with the typical suite of features. Arum explores interconnected areas, hunts for secrets, fights enemies, and acquires upgrades that let her progress. Early on, she meets a frog named Ducroak that she’s able to ride. The level design, while on the simplistic side, is good, as the areas are clearly differentiated and punctuated by unique hazards. A frozen area teems with icy waterfalls, and an underground environment is filled with pipes that blast steam.

There’s always an arrow pointing you toward your destination, too, so getting lost is a nonissue. The map in 8Doors is mostly featureless, though, and you’ll need to buy vendor maps to get the juicier spots jotted down. There are secret areas all over hidden in walls and the like, and finding them all without any help is no easy feat. There are collectible skill points called Dawns that are found on pedestals, as well as fugitive souls that can be reaped with Arum’s scythe skill. You can carry four of the latter at once within a capture device. These are turned in to an NPC for currency and a couple of Dawns for every four you find.

Dawns, on the other hand, are used to purchase perks. These make the game a great deal easier and include damage reduction, attack boosts, additional skills, and higher currency drops. There’s a lot of meat to the game in spite of its short length. Going through all of the areas and hitting the final boss will take most people roughly six hours, but more on why that’s a bit misleading later. All you need is skill

You fight and platform alongside all the navigation. The controls are wonderful. Arum can attack, jump, roll, air dash, double jump, and wall jump — all the usual trappings. The way many new abilities are acquired is underwhelming, though, as NPCs just give them to you. A lot of the abilities come in the form of new weapons, which are varied and fun to use. Arum starts with just a sickle, but also gets a sword, bow, light staff, fan, umbrella, and bat along the way. Each weapon has a secondary use as well, most of which utilize energy collected from striking foes.

There are a lot of different enemies in 8Doors, and they require different strategies to beat. But the game is filled with challenging platforming sections, too. These can be quite difficult and take a fair amount of precision, which the controls are only too happy to oblige. Spiked walls, projectile traps, and invisible platforms abound, requiring you to be on your toes if you want to survive until the next checkpoint. For the levels themselves, I was mostly very pleased with the game’s difficulty curve during exploration, save for two miserable chase sequences that take a lot of trial and error.

Unfortunately, 8Doors has a major caveat. The game’s regular enemies aren’t necessarily easy, but they’re far from grueling combat encounters. Despite this, the game is loaded with tedious, obnoxiously difficult boss battles that feel like they’re from a different game entirely. I’m talking multi-phase battles that require rote memorization and a lot of patience. They have no business being in this game, and they drag the pacing down considerably. The first phases of most boss fights are typically uneventful, and it’s never fun to slog your way through them just to get to the cheaper, more frustrating parts. But it gets so much worse at the end. Why would you do this?

As I said, I hit the final boss battle in 8Doors after about six hours. The closest thing I can compare it to is Sekiro. But that game was deeply focused on high-octane, demanding combat, so the final fight being a nightmare wasn’t too much of a shocker. Sure, this game has a lot of horribly obnoxious, overly difficult boss encounters that eat up a ton of its runtime, but I wasn’t expecting the four-phase slab of unholy bullshit that it concludes with. It took me three hours of practice to beat this section. That’s right, literally one third of my playtime was just the final fight.

To put it bluntly, there is no reason in the world for this section to be in 8Doors. It’s not only completely out of place, but irrevocably tarnishes the overall experience. It doesn’t help that Arum’s healing capabilities are poor. To be fair, the first three phases aren’t that bad, even together. I’m able to get through them without taking a single hit. But the last phase is simply unnecessarily cruel to a degree that most of my admiration for the game was wiped away with its appearance. This would have been a much better game if it had boss battles that fit instead of jamming wannabe Souls-like nonsense into the framework for no good reason.

There are two endings, though, and the good one requires that you find and beat all the game’s hidden bosses. That’s the hardest of passes from me. When you’re not fighting horribly out-of-place boss battles, 8Doors is a good game. But it’s dragged down by all of those fights that mostly serve to aggravate and pad the runtime. It’s still worth a look for anyone who enjoys Metroid-likes that won’t mind the excess baggage, but everybody else will likely find the experience less enticing due to the padding. There's a lot to love about 8Doors: Arum's Afterlife Adventure, from its ease of platforming to exciting and varied combat. But the obnoxious boss battles eat away at any good feelings you have toward the game.

How to fix Dev Error 6034 in Call of Duty: Modern Warfare