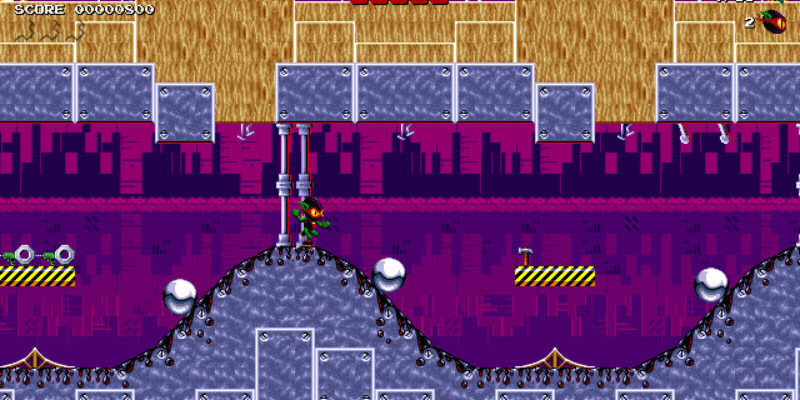 The ’90s cult-classic Zool is making a return with the new remake Zool Redimensioned. Developer Sumo Digital Academy, a team made up of entry-level graduates and students, remade this cult game from scratch, with a redesigned engine to modernize the game.

If you haven’t heard of the original Zool game, that’s hardly a surprise. Zool belongs to the retro Amiga console, a set of personal computers. Originally developed by Gremin Graphics, the Sonic the Hedgehog rival had fast-moving gameplay and even spawned a sequel, Zool 2. The original is somewhat notorious for its difficulty, so modern gamers who like to torture themselves with Super Meat Boy-esque games will likely find lots to love about the remake.

Ninja of the Nth Dimension

It is neat to hear that the team rebuilt the game from the ground up by those fresh to the industry. According to the press release, Sumo Digital Academy is comprised of students “focused on creating new pathways into the games industry.” The original devs gave some additional guidance to the team, and it shows with how similar the remake looks to the original.

In Zool Redimensioned, you play as Zool, the Ninja of the Nth Dimension. You’ll have to traverse your way through 28 different challenges across eight worlds, defeating bosses and saving the universe along the way. The game will have several different game modes for players to try. There’s redimensioned, a modernized upgrade, as well as ‘Ultimate Ninja,’ a mode designed for those looking for a challenge. There’s also the ‘Mega Drive’ mode, which strives for a “truly authentic retro adventure.”

Zool Redimensioned will release on August 18 on Steam. There’s currently no price listed on Steam, so you can only wishlist the game for now. Check out the trailer below for a better idea of what the game is all about.