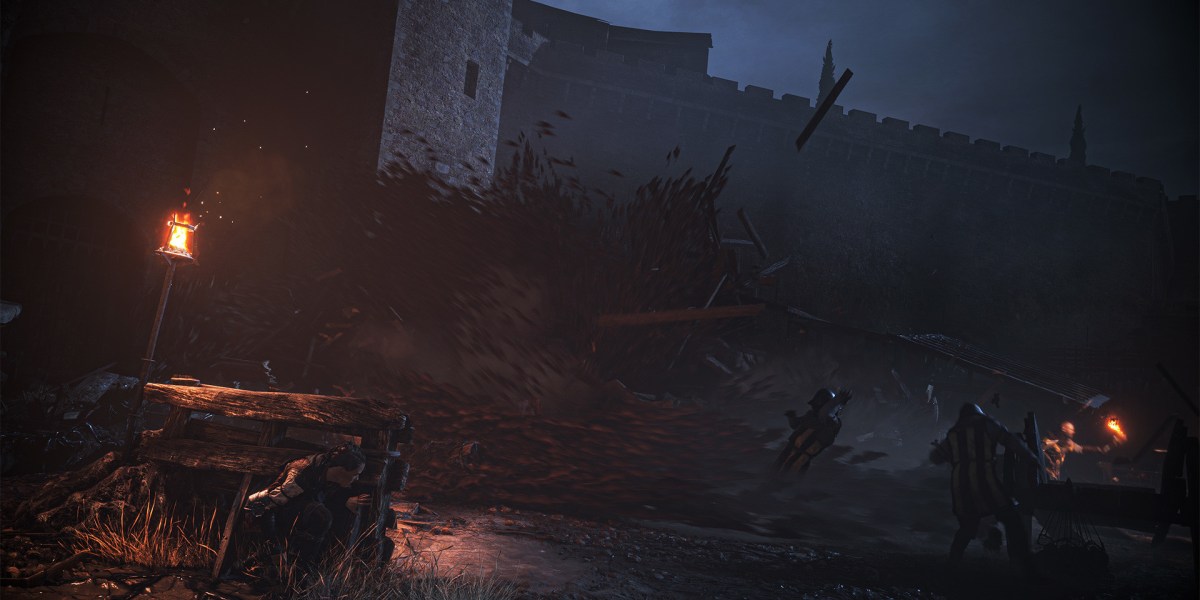 Developer Asobo Studio is taking its swarming, horrifying waves of rats into new and more terrifying heights in its sequel to 2019’s A Plague Tale: Innocence. The next iteration of the stealth horror adventure is upping the ante of its predecessor. Where the original saw its lead characters getting chased down by a swarm of 5,000 rats, the next is dialing it up to 300,000. And you’re going to need a beefy rig to render all those rodents. A Plague Tale: Requiem got its PC requirements listed today, and they’re pretty steep.

The gulf between the requirements for minimum and recommended is wide. Asobo explains that for 1080p at 30 fps, you’ll need at least a GTX 970 or RX 590 GPU and an i5-4690K or FX-8300 CPU, plus 16 GB of RAM. That’s about as low as you’ll be able to get with Requiem. However, if you’re looking to boost the visuals, you’re going to need something higher up the chain.

The recommended PC requirements for A Plague Tale: Requiem are certainly a step up. To run the game at 1080p on Ultra settings in 60 fps, you’ll need an RTX 3070 or RX 6800 XT GPU and an i7-8700 or Ryzen 5 3600 CPU. And that’s only for 1080p. The graphic provided by the developer doesn’t go into the details, such as DLSS settings or ray tracing options. Both minimum and recommended ask for 16 GB of RAM, as well as 55 GB of storage space (SSD recommended). 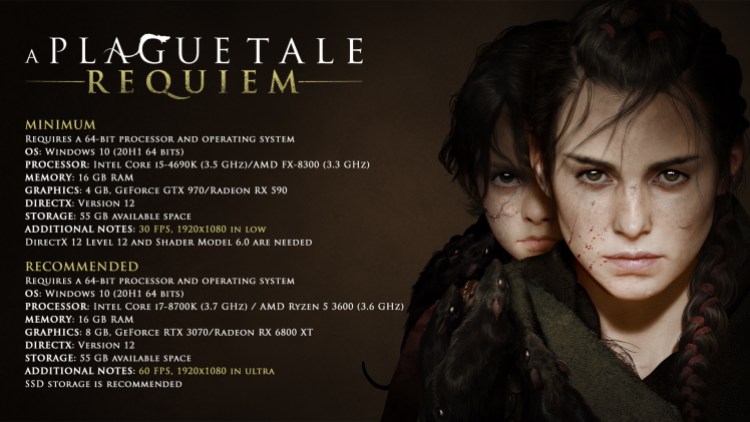 As mentioned, the PC requirements don’t detail all the graphics options coming to A Plague Tale: Requiem. It will include both ray tracing options as well as Nvidia DLSS, and the latter should assist with pushing more framerate. However, the graphic (seen above) doesn’t specify if the tech is being used to gauge the performance. And since the game is coming out in less than two weeks, we likely won’t know how well it truly runs until then.

A Plague Tale: Requiem is launching for PC and Game Pass on October 18.

No Man’s Sky update 4.0 Waypoint adds a trade rocket and a Relaxed Game Mode for a ‘laid-back experience’

Crash Bandicoot 4 is coming to Steam, a new game looks to be on the horizon