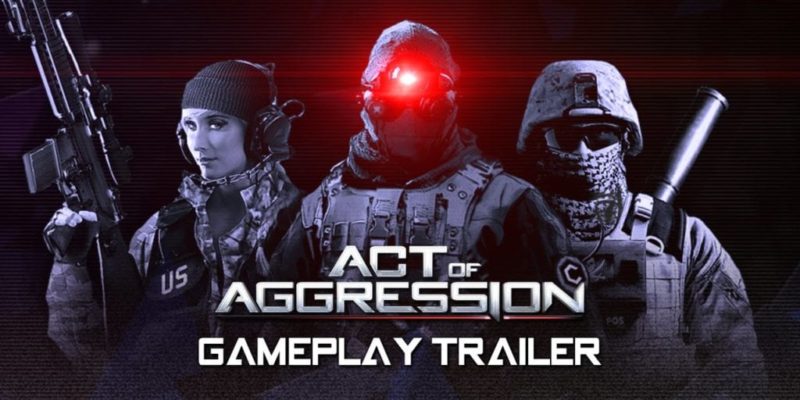 Eugen Systems, creators of RUSE and the Wargame series, have put out a couple more screenshots from their upcoming RTS project, Act of Aggression.

According the game’s new official site, this is intended to be a title which is informed by the 90s-early 00s ‘Golden Era’ of real-time strategy. Three factions, each equipped with modern and prototype weaponry. Mass production of units through constructed bases. Supply lines. Waging war with units of “increased veterancy.”

In Act of Aggression, you’ll be expanding your base network by building (and protecting) distant refineries in order to harvest vital resources. It also sounds like you’ll be able to supplement your income by raiding local banks, and taking prisoners of war from defeated enemy vehicles.

Eugen have an enviable track record in the real-time strategy department (usually for innovation,) so it’ll be interesting to see how they fashion a more ‘classic’ RTS. The dubbing of the game as a “techno-thriller” is pretty interesting too. It suggests pure force won’t be the only way to press the conflict; which would be in-keeping with Eugen’s previous titles.

Here’s the “pre-alpha” gameplay footage of Act of Aggression from a few weeks back, followed by the new screenshots. The game is due in ‘Spring 2015’ (which … seems like it should be now, but maybe Focus has a different definition of Spring,) and will apparently have a closed multiplayer beta in the near future.)