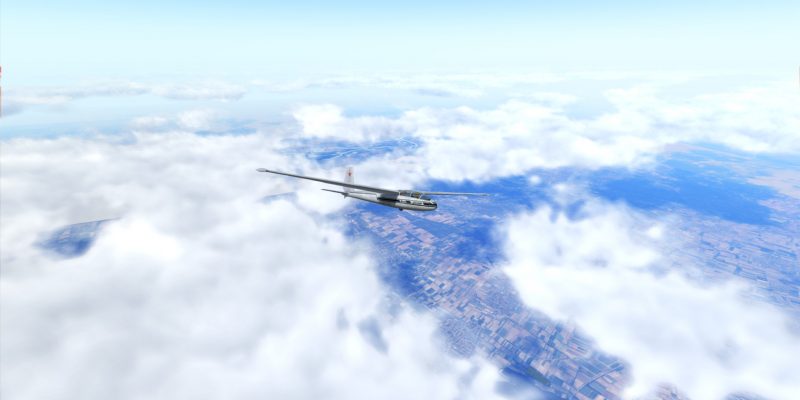 The world of flight simulation has heated up considerably in the past year after the release of Microsoft Flight Simulator. The folks over at Aerosoft have played a big role with that, having published the boxed editions of Europe, directly partnering with Asobo, and, of course, developing high-quality add-ons for the sim. But, Aerosoft also has some original products of its own. The latest of such just had its release, World of Aircraft: Glider Simulator.

Parring things back to the bare essentials, World of Aircraft: Glider Simulator is all about the simplicity of flight. Players take control of a series of gliders and tow aircraft, all of which operate under VFR conditions. Essentially, the intimidating and sophisticated instrumentation in the cockpit is modeled and functional. However, it’s mostly ignored in favor of simply flying the plane “naturally.”

Aerosoft’s Glider Simulator takes place in a single high-definition area based on Europe. There are only two airports, but plenty of detailed countryside to soar above. The environment sports animated traffic and ray-traced clouds. It even has some friendly birds to ensure you don’t fly alone.  Players have access to five detailed aircraft: four gliders and one tow aircraft used to help the unpowered models ascend to a reasonable height. With Aerosoft’s long history in the flight simulation realm, it managed to design a solid physics system and flight model that gives players an authentic feeling flight experience, despite this being a much smaller project than a typical sim.

World of Aircraft is a series of standalone flight simulators from Aerosoft that each focus on a specific category of aircraft. Glider Simulator went live on May 26, with more World of Aircraft entries set to release in the future.

You can pick Glider Simulator up via Steam for only $30 USD.