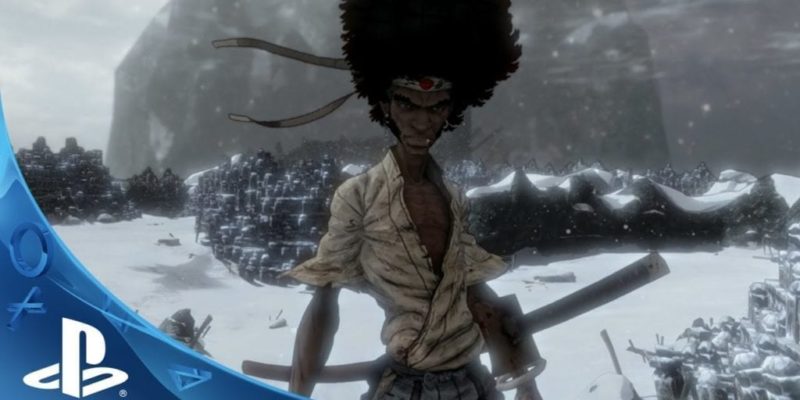 Afro Samurai is a series that has maintained a loyal fan base over the years. That fan base eventually became the reason for the first Afro Samurai game, and has been enough reason to create a second.

Coming on September 22nd, you’ll be able to experience the first volume of three for Afro Samurai 2: Revenge of Kuma.

To set the stage, it’s one of this century’s coolest manga/hip hop universe incarnations that has a rabid fan base who is passionate about the characters and story. If you like manga, anime, and hip hop, you’ll love this.

The original story follows the tale of Afro Samurai, a man who witnessed the death of his father all so that someone could claim the #1 Headband, believed to grant superpowers. Driven by an insatiable desire to avenge his father’s death, he ends up getting a lot of innocent people killed on the path to revenge, people he would call his family.

Afro Samurai 2: Revenge of Kuma is the action-packed sequel to the original story and picks up where the first game left off. However this time the story follows the path of Kuma, a cybernetically enhanced killing machine with a bear’s head who was actually once Afro’s closest childhood friend called Jino.

Regaining consciousness after his defeat at the hands of Afro at the end of the first game, Kuma must regain his strength, sanity, and humanity so that he can go after Afro to avenge those he loved.

I would imagine you’re wondering why you would pick this up if you didn’t get a chance to play the first game. Thankfully you’ll be covered by various flashbacks that will give you an idea of what’s going on. It is suggested that anybody interested give the anime series a shot so that they can get further background on the universe as a whole.

Afro Samurai 2 is described as third person combat on steroids, “with a bit of Tomb Raider type exploration in it,” and of course, plenty of hack n’ slash violence to pull it all together.

Even the original artist for Afro Samurai, Takashi Okazaki, has gotten in on this game. He has contributed new hand-drawn content for the title that should be a treat for any fans.

Afro Samurai 2 will be released in three distinct volumes with their own story arcs, characters, and combat styles to master. Not to mention that, with hip hop being a key part of the Afro Samurai universe, it is also being treated as a key part of the game with a new, original soundtrack by up and coming indie hip hop artists, mentored by RZA of the Wu-Tang Clan.

As a treat, a track from the game has been revealed. You can see the video below:

You’ll be able to buy Afro Samurai 2: Revenge of Kuma Volume 1 on September 22nd, and Volumes 2 and 3 at a later date.