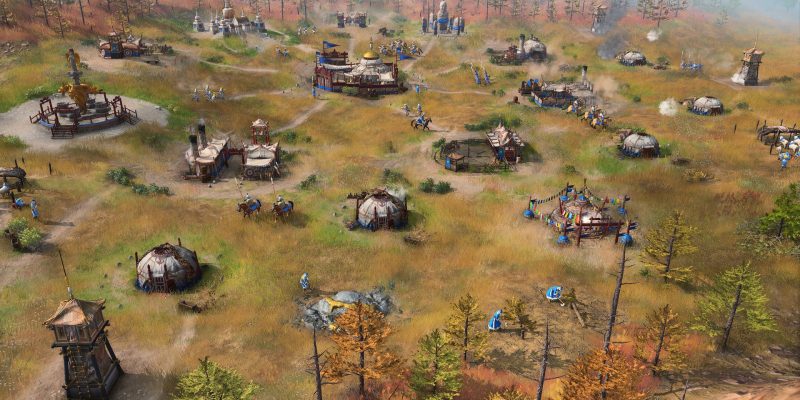 If you’re ready to finally jump into Age of Empires IV, then the time is approaching, as the game has a release date. The game was revealed back in 2017, so it’s been a four year wait to see the thing actually come close to release, but here we are. The game has been set to release on October 28, so there are only four and a half months to go before we can control entire nations with a few simple commands. The game is being published by Xbox Games Studios, so it’ll be on Steam, Microsoft Store, and Game Pass, giving players plenty of options.

As of now, Age of Empires IV can be pre-ordered in both standard and digital deluxe versions. The digital deluxe comes with both in-game and extra digital content, such as a player profile portrait, coat of arms, soundtrack, and art compilation. Pre-ordering the title will also grant customers Age of Empires II: Definitive Edition‘s Dawn of the Dukes expansion for free, giving fans a solid reason to get invested early. The extra $20 USD for the digital deluxe version seems a bit high for what you get, but I’m sure plenty of people really dig the music in these games.

The series dates back to 1997, with the original game having been developed by Ensemble Studios. The sequel showed up in 1999 courtesy of the same developer. AoE III game came out in 2005, and was the final entry that Ensemble had a hand in. It’s been a long 16 years separating the second and third games, but the wait is nearly over.

Age of Empires IV is being developed by Relic Entertainment. Ensemble has been out of commission since 2009, which partially explains the notable absence we’ve felt. We don’t have to wait long for the new game, and we’ll have more to share as information becomes available.