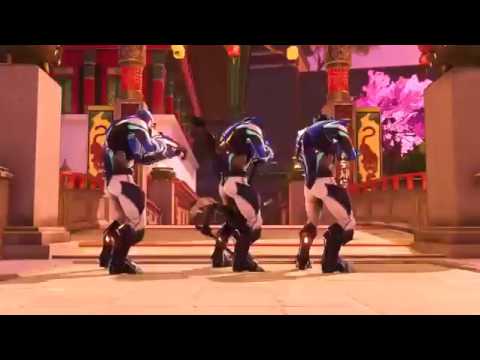 A new trailer for Volition’s Agents of Mayhem has appeared a little bit earlier than planned (it’s probably coming officially tomorrow), and includes a release window. The upcoming open world effort from the Saint’s Row developers will be out in August.

In this trailer (which is only in 360p I’m afraid) leans heavily into its A-Team pastiche, and reiterates the set-up for the game. You’ll control a set of three agents (from a total of twelve) in the MAYHEM organisation; out to stop the unpleasant chaps of LEGION from messing up Seoul. And possibly the world too.

Expect plenty of Saint’s Row references (MAYHEM itself uses the familiar purple fleur-de-lis logo, and traces its foundation back to a Gat Out of Hell character), but, oddly, no co-op. It’s quite possible there’ll be more Agents of Mayhem news tomorrow, but for now here’s the (again, rather low res) trailer.

Total War: Warhammer 2 – What to expect from the Dark Elves