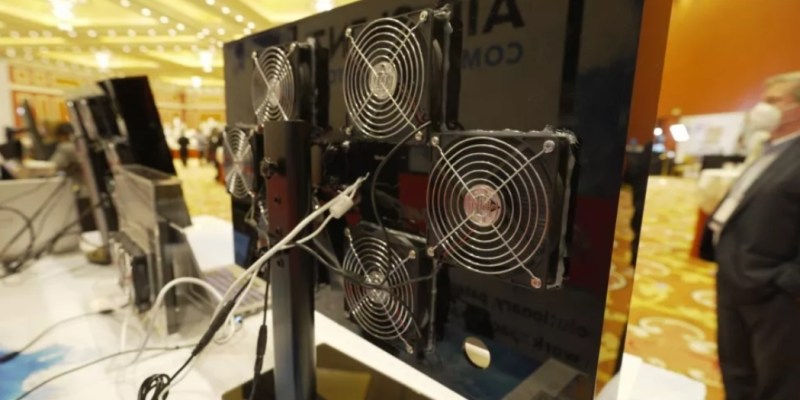 People have been forced to make some big changes over the past couple of years with the pandemic still raging around the globe. Many now work remote to avoid the risks that come with going to a potentially hazardous workplace. It’s more than understandable and actually has been beneficial for some people. However, it isn’t necessarily a long-term solution for many, and that’s a problem. But Air-Clenz’s anti-germ monitor could solve that problem.

At CES 2022, Air-Clenz, an air purification company, revealed its idea for an anti-germ monitor that filters the air. It’s an interesting idea and certainly makes sense. Monitors are pretty gross when you think about it, especially since they can collect all sorts of germs from throughout the day. From coughs and sneezes, to simply breathing on your display, you’re unknowingly spreading a load of germs around the place.

Air-Clenz’s concept for an anti-germ monitor is certainly intriguing. The company showed off an add-on to an LG monitor that basically has an HVAC filter inside of it. It isn’t exactly the most aesthetically impressive piece of tech, considering you can see the glue holding it together. Not that it really matters since being healthy is more important than something like smooth edges and RGB. Well, to some people anyway.

The shroud or covering for the display fits around the back, and from the front, it almost looks like the display is in some kind of box. On the back of the shroud, there are six fans in total and a mess of wires, but this isn’t the final product, so none of this is indicative of what you’d see at retail. It’s a good thing too, since six fans working at the same time could get pretty noisy. 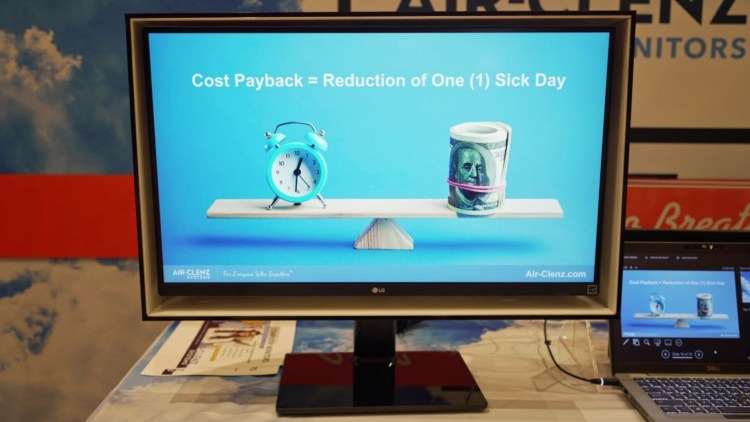 It all looks a bit rough, but there’s a reason for that. Air-Clenz’s goal is not to manufacture this technology as a finished display product, but to license the patent out to other display manufacturers. What we’re seeing here is more of a proof of concept than anything. Air-Clenz also showed that the design could be applied to laptops via a dock.

For gaming, this could be a pretty useful bit of tech. Particularly when it comes to esports events and conventions that have loads of people coming and going.  But, it’s difficult to say whether it would really help in that situation considering the high volumes of people and the fact that many filters would need to be running to make a difference.

Until more data is gathered, it’s unclear how effective Air-Clenz’s anti-germ monitor concept could be in the long run. There would need to be a large amount of testing in order to measure its effectiveness. It’s an intriguing addition to CES 2022 though, as we start to see tech evolve to the new status quo of the pandemic.

Be sure to check out the rest of our CES 2022 coverage as well for some more exciting tech announcements.