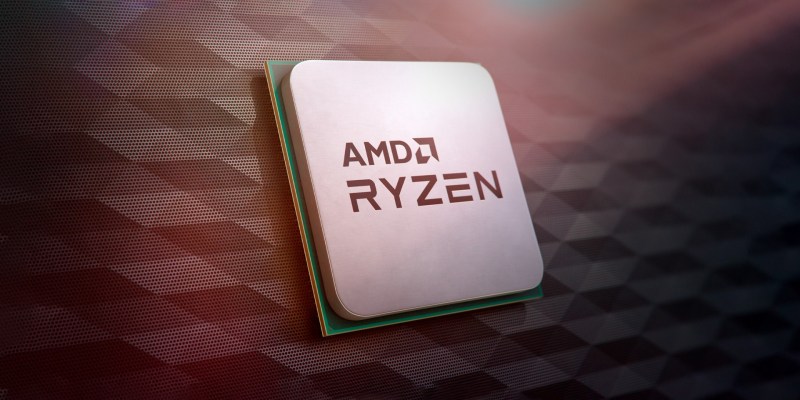 Reviews and impressions are in for the Ryzen 7 5800X3D from AMD and the immediate feedback seems to be pretty impressive. Suffice to say, the new 3D V-Cache technology featured in the AMD Ryzen 5800X3D looks like a big win for gaming performance.

Intel has been giving AMD serious competition again since the release of its Alder Lake processors. Intel’s Core i9-12900K is an especially big powerhouse when it comes to performance. Then there’s the more recent release of the Core i9-12900KS which boasts a 5.5 GHz boost clock. Of course, this CPU is also very expensive with an MSRP of $739 USD (originally priced at $800 USD until recently). Now though, according to some reviews, the 5800X3D may have helped AMD reclaim the gaming crown.

The Ryzen 7 5800X3D’s strongest aspect is its performance in gaming. And it’s important to note that you should place extra emphasis on the word gaming here. As expected, and communicated by AMD, this CPU is designed to squeeze as much performance as it can from games. However, that performance does not extend to tasks outside of gaming like rendering and encoding. Reviews for the AMD Ryzen 7 5800X3D tend to emphasize this too.

When we’re talking about gaming, the results here are seriously impressive. Tests conducted by Tom’s Hardware show that the 5800X3D is able to beat out Intel in multiple titles. However, it’s worth noting that the 12900K still prevails in various titles including Hitman 3 and Horizon Zero Dawn. Overall, Tom’s Hardware rated the 5800X3D favorably. Though, they did make sure to mention its weaknesses when it comes to wider desktop PC applications.

Impressions from some other outlets looked at the CPU in a slightly less positive light. PCMag highlighted that the pricing of the CPU was too steep for the gaming performance you get in some titles. Indeed, it performs relatively the same to the 5700X in CS:GO. Overall, the AMD Ryzen 7 5800X3D managed to score a 3.5 out of 5 from them. 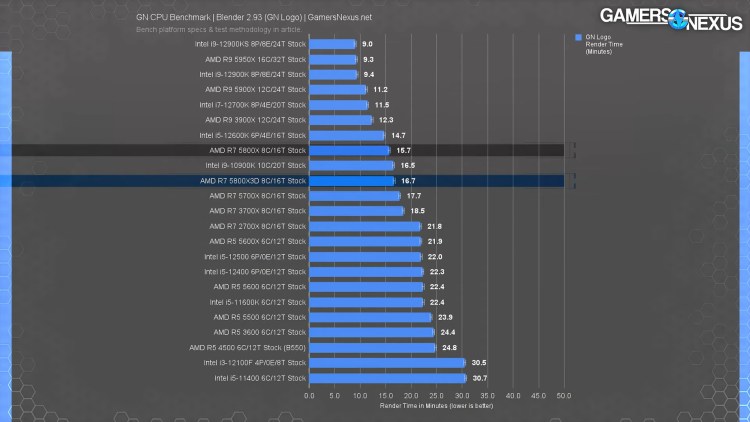 Back to you, Steve. (Image credit: Gamers Nexus).

Gamers Nexus also offered in-depth coverage of the 5800X3D and compared it to both Intel and AMD’s highest spec CPUs. They noted that the processor has exceptional performance in some titles like Far Cry 6 and Grand Theft Auto V. They also noted that it’s performance isn’t great for non-gaming tasks. When performing a rendering test in Blender, the 5800X3D performed 43% slower than the 12900KS. Overall, they found the 5800X3D to be a strong CPU for gaming-focused PCs. Also, they noted that the 5800X and the 5900X outdo it in terms of more general desktop applications.

A rundown of the 5800X3D’s performance

AMD’s newest CPU seems to be one that has its own share of pros and cons. Its gaming performance is clearly quite impressive in most regards. The huge amount of L3 cache helps to take some of the load off from more intensive titles. The consensus is that it’s a formidable option to consider for a gaming PC. That being said, in terms of overall desktop performance, it doesn’t manage to dethrone Intel just yet. The fact that it’s so much cheaper than the 12900KS at MSRP does make it a more enticing option though. And this is especially true if you’re simply interested in building a gaming machine. 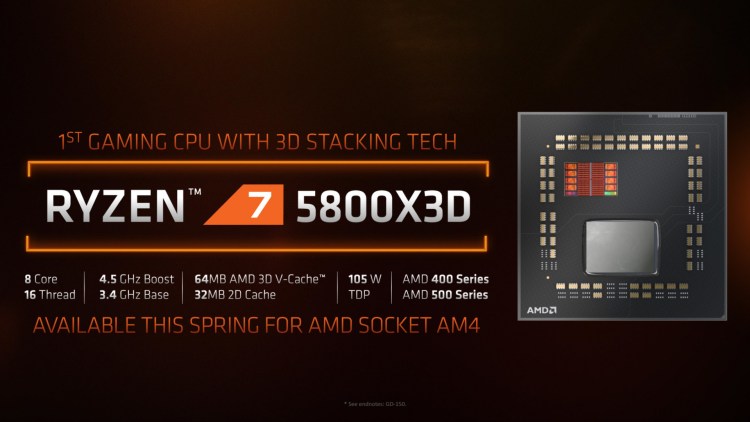 The lower clock speeds are one downside to the current iteration of V-Cache, and the 5800X3D does not support overclocking. We speculated this could be because the 5800X3D has problems dealing with heat dissipation. That’s something which could be ironed out with future implementations of 3D V-Cache, but for now, it’s a problem.

Reviews for the Ryzen 7 5800X3D from AMD are generally positive in regards to gaming performance. Elsewhere, it doesn’t do anything too spectacular. The possibilities of 3D V-Cache and what it can do via future iterations is an exciting prospect though. As it currently stands, it’s an excellent upgrade option for those with AM4 motherboards and fast DDR4 memory. The low price relative to the 12900KS and its lean power efficiency certainly bolster the justification for buying the 5800X3D as well.

Hardspace: Shipbreaker will fully launch late May for PC and Game Pass