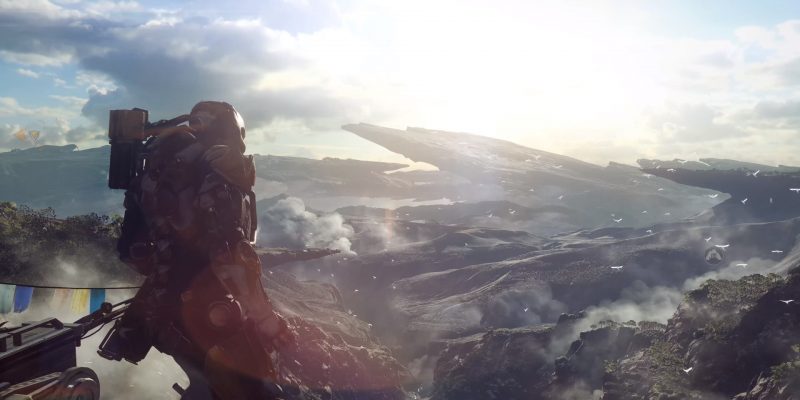 Following an internal review from EA executives, the development of Anthem Next at BioWare has officially come to an end. This was one of the two possibilities after EA decided to look at progress on the project, the other being continued support.

Anthem Next was going to be a re-do of sorts for Anthem, BioWare’s 2019 live-service action RPG. Upon release, players quickly lost interest in the game due to its repetitive missions and enemy types. You can find our PC review of Anthem here. Up to this point, BioWare Austin has been developing Anthem Next. The studio is also behind Star Wars: The Old Republic, a live-service MMO.

This doesn’t spell the end for Anthem just yet. In a post announcing that development on Anthem Next would cease, Christian Dailey, an executive producer at BioWare Austin, said that support for the game would continue. “We will, however, continue to keep the Anthem live service running as it exists today,” Dailey said.

Work on Anthem Next began at the end of 2019, and consisted of what Dailey calls a “fundamental restructure of the game.” According to old blog posts from former BioWare general manager Casey Hudson, the changes in Anthem Next would have included a reinvention of its gameplay loop, along with “clear goals, motivating challenges, and progression with meaningful rewards.”

In a post detailing the decision to end development on Anthem, Dailey went over the game’s past year of development. “During the development we’ve provided updates revealing some of the team’s work through blog posts and conversations with you on social media and it’s been inspiring for us to see the positive reactions and feedback,” Dailey said. “I’ve been incredibly proud of the work the team has been doing, and excited to see and play each new build of the experience.”

However, the development of Anthem Next, like many other games, was adversely affected by the Covid-19 pandemic. “Not everything we had planned as a studio before COVID-19 can be accomplished without putting undue stress on our teams,” Dailey continued.

It’s not clear what projects BioWare Austin will be focusing on going forward. The studio is still supporting Star Wars: The Old Republic, but may assist on other games. According to Dailey, BioWare Austin may assist in the development of BioWare’s upcoming Dragon Age and Mass Effect titles.

By Tim McDonald40 mins ago
Features