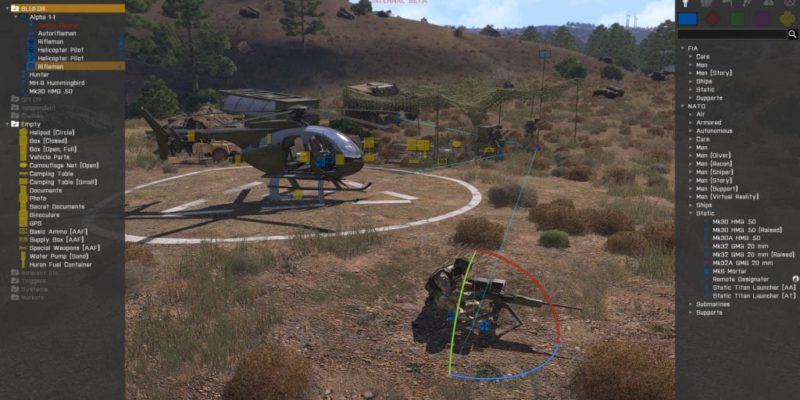 Bohemia Interactive have some pretty detailed plans for updating Arma 3 across 2015 and early 2016, which they’ve laid out in a new blog post.

November 2015 should see the release of the Nexus Update. Described as an important stepping stone towards Arma 3 Apex, this one is going to be all about “core features and multiplayer systems”. Features like fatigue and personal protective equipment will be getting some kind of revamp here.

Nexus will also have more ‘End Game‘ instances, and is intended to “optimise shared systems, identify performance bottlenecks, and validate improvements in other areas [of multiplayer]”.

The first quarter of 2016 will bring the Eden Update, focusing on both “usability and visual fidelity” and the release of the new 3D Eden Editor.

Eden will have an overhaul of the way players find and join multiplayer sessions, plus “several usability tweaks (such as control mapping, weapon switching, and the configuration of game and difficulty settings)”.

All of this should lay the groundwork for the release of Arma 3 Apex later in 2016 (currently scheduled to be the second quarter). Apex will introduce the new Tanoa area, as well as “a co-op campaign, and new vehicles, weapons, and characters”. New vehicles like VTOL aircraft and light strike vehicles are planned too.

Bohemia say they’ll be maintaining a ‘features are free, content is premium’ doctrine for these updates and additions. Everybody, for example, will have access to the new Eden Editor. But significant additions like Tanoa will cost money.

HeroWarz MMO will be heading to the west