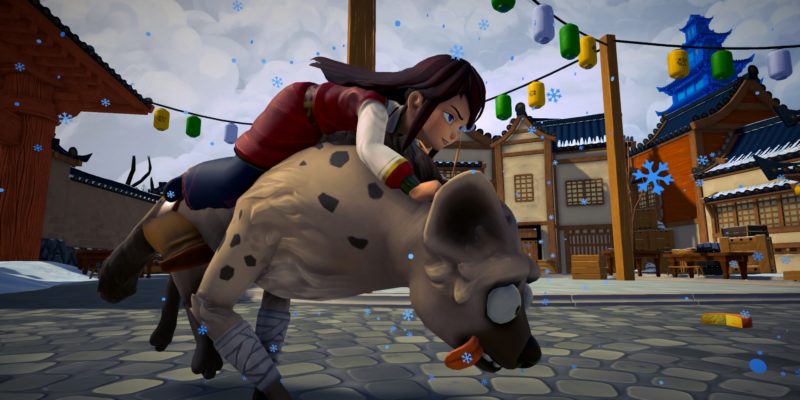 I love seeing small indie studios create 3D Zelda-style games. Ary and the Secret of Seasons is coming out next month and I got to try it out and see what it has to offer. It still needs some polish here and there, but anyone looking for a colorful, fun adventure with a little something for everyone should keep their eyes on this one.

Ary and the Secret of Seasons has a set-up that reminds me of Mulan. The game begins with a cutscene showing a young girl named Aryelle playing with her dolls. It’s a light-hearted, yet amusing way to introduce us to Ary. She’s charming, admirable, and her voice actress does a very good job of bringing her to life. Unfortunately, not all is well in her home.

Her little brother went missing a week or so before the game starts, leaving her parents despondent. Her father, the guardian of their hometown of Yule, sits clutching a photo of his only son. The yearly meeting of the guardians is coming up and he’s in no shape to attend.

Next, red crystals plummet from the sky and turn the winter wonderland they call home into an, uh, spring wonderland. All the snow melts, the chill in the air vanishes, and that one idiot who wanted to live in an igloo is now homeless. 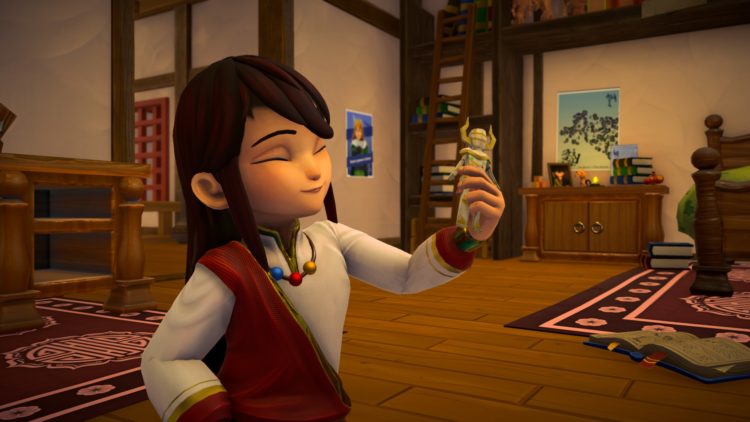 Ary dresses in her brother’s clothes, gives herself a quick, uneven haircut, and goes into the cellar to grab the guardian’s winter crystal that her father stores there. Ary and the Secret of Seasons is all about using seasonal powers to alter the landscape at will and what better to start you off than a little piece of home, right? After acquiring the crystal, Ary sneaks out of town and heads to the guardian summit.

Familiar in a good way

Ary and the Secret of Seasons gives you all the tools you’d expect. Ary can equip melee weapons, lock onto foes, and dodge around them. She even has a parry and follow-up counterattack that makes short work of her enemies. The combat feels somewhat weightless and unpolished so far, but it gets the job done. Building on that, there are treasure chests all over with coins in them. Ary can use them to buy upgrades or new equipment, such as better weapons or even outfits.

The world is surprisingly large, with a lot of space, but not so much that getting around is a pain. Ary can run at a fairly steady clip and getting where you’re going works smoothly enough. It definitely looks like one of those lower-budget Unity games, considering the cartoony mid-2000s look, and the NPC character models that stand around. However, what’s really entertaining to see in Ary and the Secret of Seasons are the season powers. 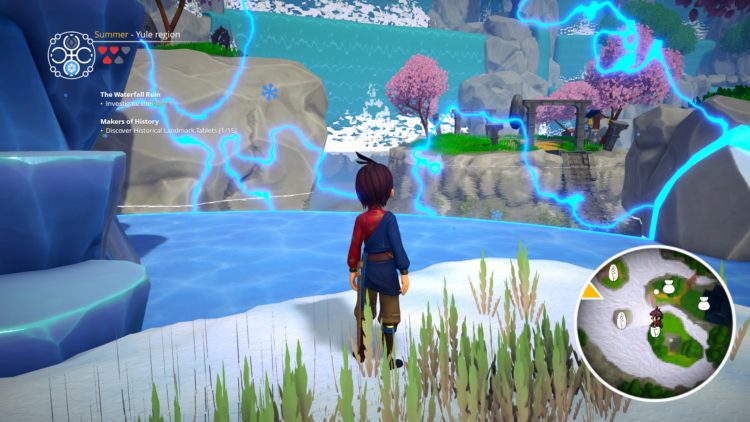 Ary makes good use of the winter ability from the get-go. You simply use the power and it creates a little circle of winter, with snow and everything. If you use it on a special statue, you can winterize entire areas. It’s truly captivating to use the power and see the world transform before your eyes. Icy platforms appear out of thin air, the ground becomes covered in snow, and new areas become accessible. Using this power in tandem with Ary and the Secret of Seasons’ platforming mechanics is very satisfying, and I’m looking forward to seeing what else there is.

Ary and the Secret of Seasons isn’t going to reinvent the wheel, but it looks like it will offer hours of platforming, action, and puzzles in a neat, little package. I hope the combat gets a bit more ‘oomph to it and that the controls feel somewhat better when the game is released, but I’m still very much looking forward to seeing what else is in store for Ary. 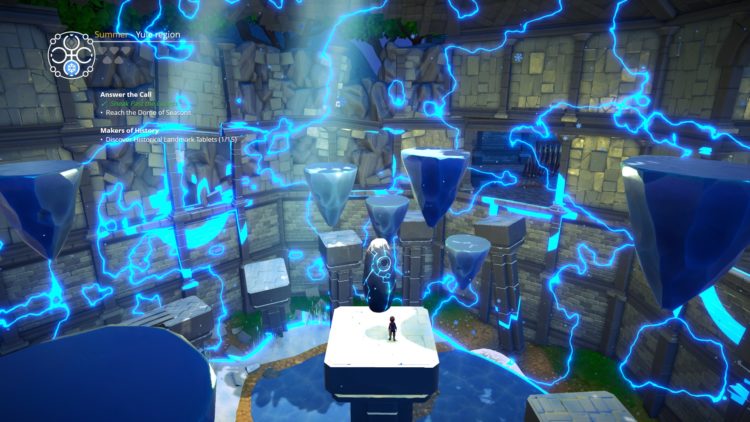 By Steven Wong8 hours ago
Previews