Assemble with Care released on Steam today after first releasing as a mobile title on Apple Arcade in October of 2019. The game is about restoring various objects and antiques that come the player’s way via meaningful puzzles. Its meditative scenes and methodical puzzles offer a lighter, uplifting gaming experience. However, Assemble with Care lacks the challenge or length necessary to keep more seasoned gamers engaged.

The story takes place in the fictional vacation destination of Bellariva, where Maria, a “globe-trotting antique restorer,” has arrived to pick up some work. Naturally, she gets a lot more than she bargained for and becomes close with a few of Bellariva’s more interesting, and tragic, residents. This creates a natural metaphor between mending and reconciliation, which is a nice angle.

The narrative reads much like young adult fiction, and while the story itself is safe for all ages, I could see it being the most compelling for an age range of 12-20, since Assemble with Care deals with the death of a parent, estranged siblings, and general familial strain. The way Maria observes these relational obstacles, and how her new friends comment on them, is more contemplative than confrontational.

The only issue I had with the narrative is that I wish there were more of it. The game reads like a short story rather than a novel. My first playthrough, on mobile, took roughly two hours altogether, including interruptions. My second playthrough on PC took less than an hour. Unless you really enjoy the voice acting, or this is a story that hits home hard, there isn’t much replay value.

As a tinkerer myself, I really appreciated this game’s mechanics and how it encourages people to consider the longevity of their belongings. Some jobs are relatively easy; the first job you’re given could either be confusing or laughably simple depending on your age and experiences. The difficulty does increase incrementally, but once you’ve become accustomed to the tools of Maria’s trade (namely, a screwdriver, glue, and some fuschia wires), there’s very little to actually do.

At one stage, it almost feels like the developers realized this as well — for one job, you’re tasked with fixing little Izzy’s “Pop ‘n Play.” (Its design, as you can see, is a fun nod to Nintendo.) Once you successfully replace the sound card, screen, and A button, you’re prompted to play Izzy’s copy of Forest Adventure. “It’s sooooo hard,” she exclaims. And yet, there is very little to do in the game-within-a-game. The diversion is over before it’s begun. It’s a fun inclusion but adds little beyond sentimentality.

The main issue with these side-challenges is that they don’t add anticipated difficulty or depth. For example, after you put together a camp stove, you’re prompted to help one character, Carmen, make soup. In my second playthrough, I tested how attentive the game was to error and didn’t look at the recipe. (The recipe itself is smudged, which keeps the player from following it exactly to the letter anyway.) After haphazardly throwing vegetables into the pot, I eventually threw enough ingredients in to prompt Maria to tell me how good it looked. (It didn’t.)

I tested the same carelessness using glue on a broken statuette, a music box, and a neon sign. Glue could not be applied anywhere but the surface it was intended for. At one point I even put a single dot and — voila! A neon sign was born! This lack of risk kept me from investing in the gameplay.

There is, at least, an order to some tasks. Wires need to be configured in a particular manner; watch cogs must be placed correctly. But materials can’t be misplaced, items can’t be broken beyond repair, and relationships, unrealistically, are always destined to mend. Again, this aspect cheapens the whole — without risk, nothing is truly lost.

On a mobile device, it was easy to skim the text while the narration moved along. On PC, I found myself clicking the forward arrows quickly, no longer interested in how Joseph felt about his daughter or Maria about her work. I wish there were some finesse required for repairing the items.

I’m not asking for a DIY simulator here; I can get my kicks finally fixing the handle on my coffee mug. But some care with the digital glue (or electrical wiring perhaps) could have added to the game’s themes, prompting the player to consider the worth of their own belongings and relationships.

I actually found Assemble with Care easier to play on mobile. On PC, components were now a series of extra clicks. There were several times I accidentally undid turning the screw while trying to click away from the screwdriver. If you’re desperate to play the game, sure, having it on Steam is nice. But if you can borrow someone’s Apple device for 1-2 hours, you may come away less frustrated.

Bringing Assemble with Care to PC ultimately doesn’t take away from the game, but it doesn’t add anything significant to it either. In general, the game is better in theory than in actuality, and for as beautiful as it is, it lacks the challenge necessary to hold the attention of most.

Assemble with Care is quaint and contemplative but is short and lacks the challenge necessary to keep mature gamers engaged. 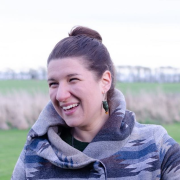