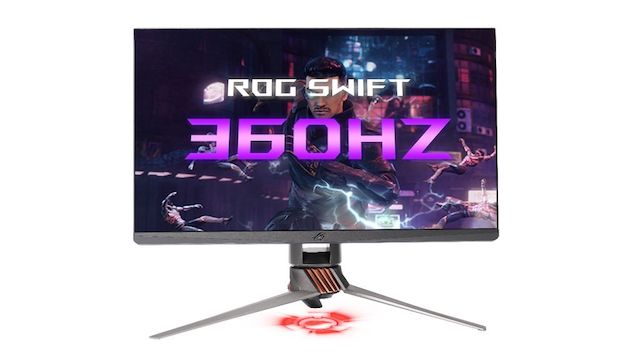 The team at Asus isn’t holding back when it comes to proclaiming dominance with its monitor lineup at the Consumer Electronics Show (CES). Today, it revealed the new ROG Swift 360 monitor, which promises to have fast refresh rates. And this is something that both esports pros and dedicated PC gamers will want to take notice of.

What does the ROG Swift 360 monitor have to offer?

As part of Nvidia’s recent presentation at the show, the monitor utilizes G-Sync and has a refresh rate of around 360Hz. That’s one of the fastest models on a monitor to date.

In addition, the Swift 360 also has a pretty good size, at around 24.5 inches. With the right PC hardware, it can run frame rates of over 300 FPS without missing a beat. It also helps that the display is set in Full HD. You can see for yourself in the commercial below, though there’s not too much in the way of gaming action.

The ROG Swift 360 monitor is set to debut later this year, though pricing isn’t available just yet. Asus said that more information would be on hand around that time.

Asus also talked about its other top-of-the-line monitor at the show, the ROG Swift PG32UQX. Featuring 4K resolution and utilizing mini-LED backlighting for 1,400 nits of peak brightness, it’s a pretty nifty model in its own right. And it’s DisplayHDR 1400-compliant and backs up its gaming action with a 144Hz refresh rate, which isn’t too shabby. This one’s also a little bit bigger, clocking in at around 32 inches. That’ll make it an ideal fit for your gaming rig.

There was no word on pricing for this model either, though it’ll likely come at the same time we hear about the ROG Swift 360’s. You can read more information about these monitors at their official page.