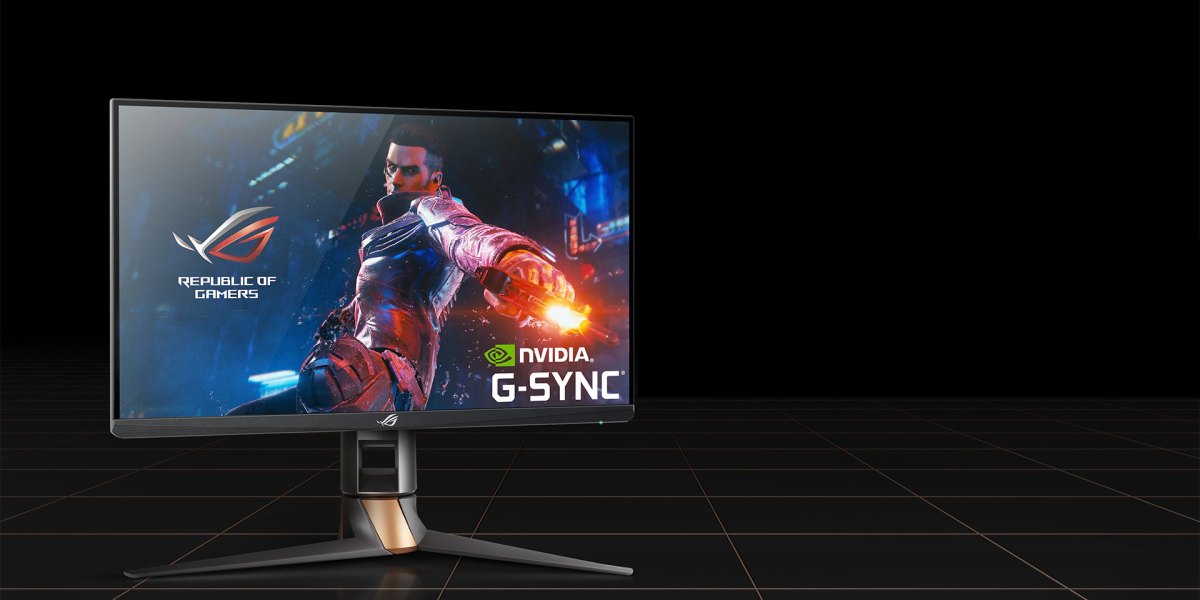 Computex 2022 is underway, and companies are announcing upcoming products and teasing exciting new possibilities. ASUS seized the moment to reveal its next flagship gaming monitor, and the refresh rate is something esports players are sure to drool over. We currently know it as the ASUS ROG Swift, which is a 24″ 1080p TN panel gaming monitor capable of outputting gameplay at 500Hz.

This level of performance for a consumer product will be a world first, and it’s probably safe to say it will offer an uncompromised experience when it comes to smoothness and competitiveness. Nvidia also partnered with ASUS to make it a G-Sync panel so users can eliminate screen tearing and reduce input lag. At such ludicrously high framerates, even competitive players should be able to make use of the frame pacing tech without sacrificing monitor responsiveness.

Nvidia created a presentation to help convey the benefits of this monitor and advertises that 500Hz will allow for smoother animations, less ghosting, and less latency. These are the characteristics pro gamers and aspiring competitors need to play their best, and Nvidia and ASUS believe this panel will provide an extra edge over the competition at the highest skill levels.

Can you literally see it?

Whether this level of performance will make a huge difference in your gameplay is another story. We’d point out that the differences between what a 240Hz display and a 500Hz display can do run into the obstacle of diminishing returns. If you calculate what a 240Hz monitor can display relative to render times, it equals about 4.17ms, versus a 500Hz panel offering 2ms. Although we can quantify more than a 50% reduction in what can be rendered and displayed, this will be subtle if not imperceivable to most users at these levels.

There are also other areas where system latency can occur to more noticeable levels, so a higher refresh display only solves a part of the general latency dilemma. It’s important not to overlook the latency that your mouse and keyboard, CPU, RAM, and other components can contribute to the total system latency. Then there’s you, the human latency factor.

What’s impressive about this announcement, though, is that today’s best hardware can handle framerates at these levels in numerous esports games, such as Rainbow Six Siege and CS:GO. So those who want to see the smoothest possible experience with zero tearing may still find reason to splurge. Just keep in mind that this TN panel is geared towards responsiveness, smoothness, and reducing motion blur before anything else. If you’re not an elite gaming athlete, there are reasons to look at other monitor technologies if you value image quality instead.

ASUS has not announced pricing or availability for this new ROG Swift 500Hz gaming monitor. There are other technical specs we have yet to learn about as well, such as what I/O will be supported to channel frames from the graphics card to the monitor. You can likely expect it sometime later this year.

Relaxing island life sim Tchia gets delayed to 2023, but has a new trailer