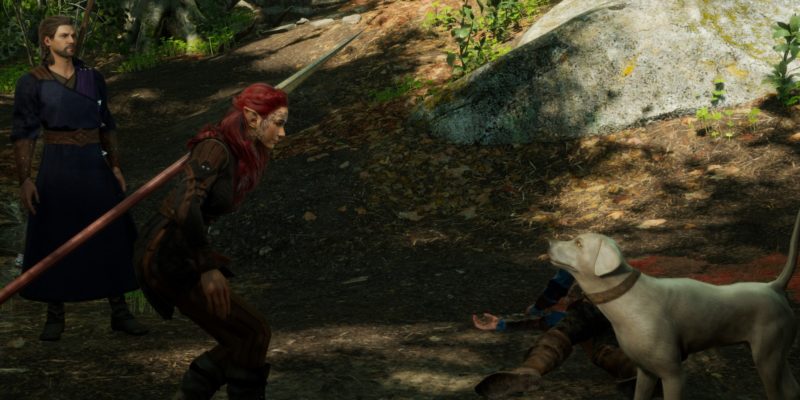 While adventuring in Baldur’s Gate 3, you might encounter a couple of animals that you can have as pets in your camp. One of them is the dog Scratch, and the other is an owlbear cub. Here’s our guide to help you out.

Baldur’s Gate 3: Scratch and the Owlbear Cub — Bringing your pets back to camp

The owlbear cub can be found inside, well, the Owlbear Cave. This location is discovered fairly early on in Baldur’s Gate 3. It’s also where you’ll find a Gilded Chest of Selûne. Inside the cave, you’ll find the mama owlbear and her cub.

Redditor Call_Me_Gibletish does suggest that you could kill the adult owlbear and leave the cub alone. Apparently, the little one will eat his mother, but you can encounter him again later.

Note: If you leave the Owlbear Cave, the two creatures will be gone the next time you return. In my Baldur’s Gate 3 playthrough, I simply avoided fighting or killing either of them. 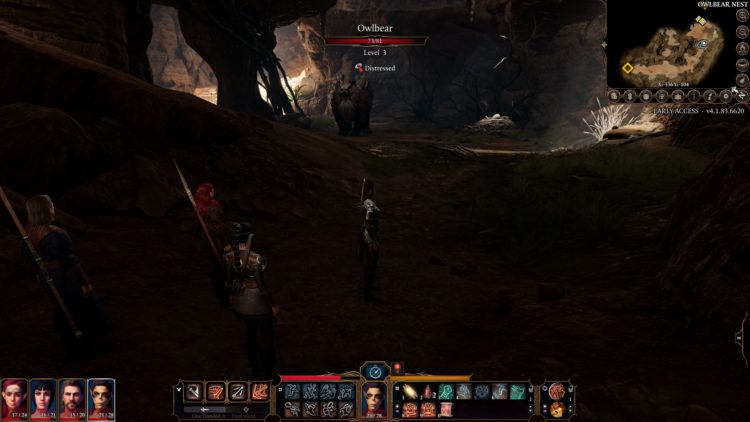 Once you’re back outside, head a bit north and you’ll find a dog standing next to the corpse of his master. 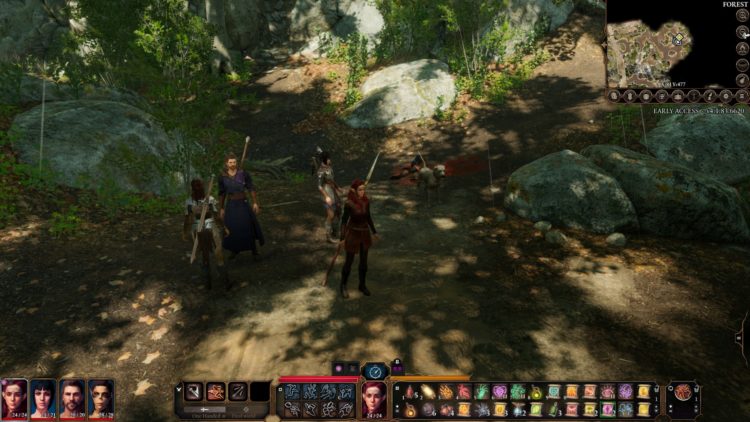 Continue the dialogue and tell the dog, Scratch, that his master is gone. You can then let Scratch have your scent. It’ll say that the dog will follow you back to camp shortly. 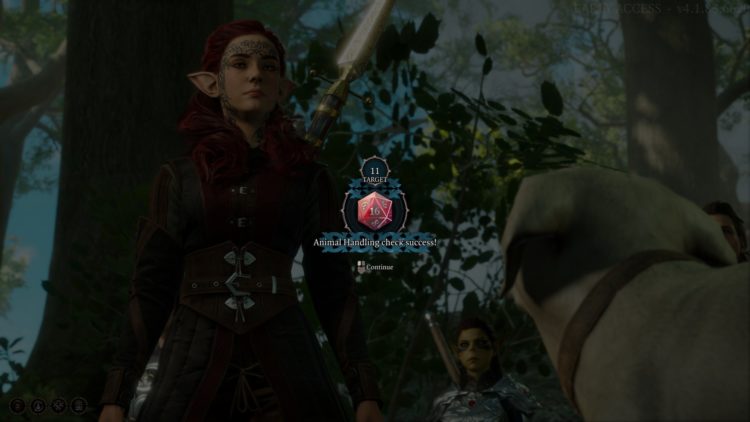 Meeting the owlbear cub once more

Fast forward a bit once you reach the Goblin Camp in Baldur’s Gate 3. Here, you’ll find some goblins chasing the poor owlbear cub.

Speak to the handler, Krolla, to join the game and wager some gold. 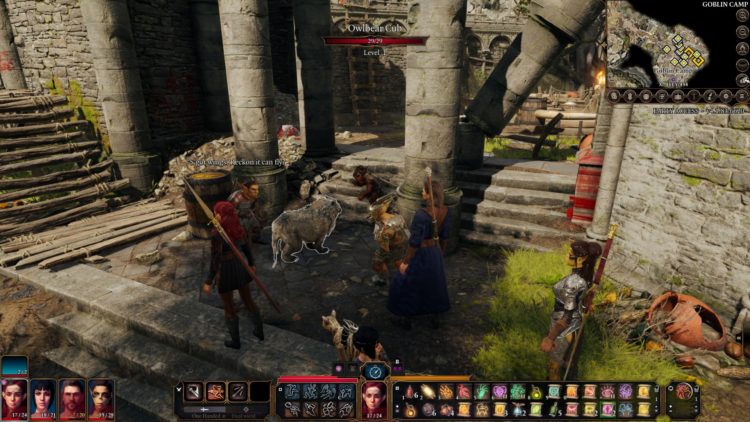 Walk to the pen and, without going further inside, speak with the owlbear cub. You need to pass an Animal Handling skill check here which, in turn, leads to two more Animal Handling options. You can either have the cub follow you to the goalposts (to win the wager) or have it become hostile to the goblins. Failing the skill check leads to Shadowheart’s disapproval.

Whatever happens, speak with Krolla and tell her that you want to leave with the owlbear cub. You can use Intimidate, Persuade, or the Illithid mind meld to convince her. Your companions will approve of this too.

Note: Your pets, Scratch the dog and the owlbear cub, should appear in your camp. If they’re not there, you might need to do a couple of long rests until they spawn. 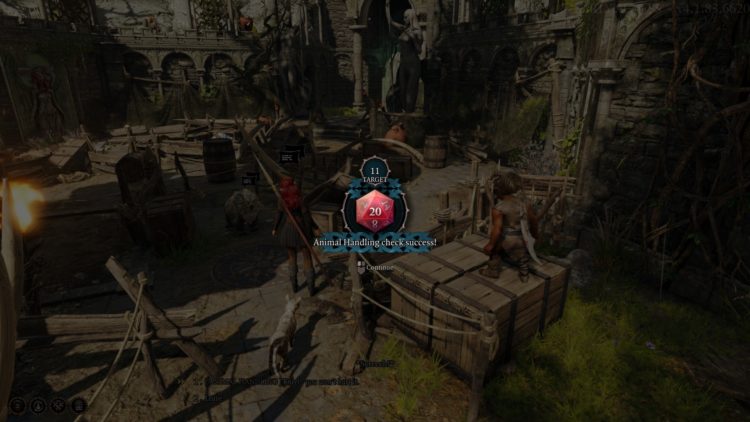 Baldur’s Gate 3: The Owlbear Cave and the Gilded Chest of Selûne