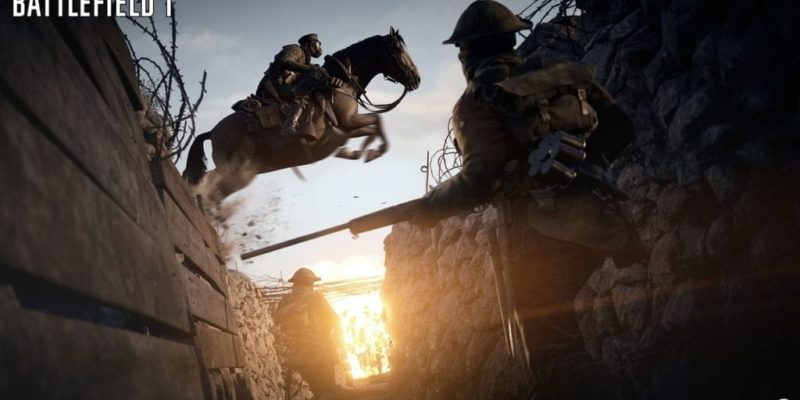 Showcasing lushly gorgeous landscapes contrasted with the gritty realism of warfare, the new Battlefield 1 screenshots promise a visual feast to go with an equally tantalizing concept: a combat game set in the era of World War I.  And that’s exactly what is shown in the most recent leak of images.

Players with beefy PCs will be able to appreciate the artistry packed in every detail. The alpha-phase screenshots were taken in Spectator Mode at the EA Play event; the full set can be viewed on Imgur.

EA’s last game to be set during World War I was the combat flight simulator Wings of Glory, released more than 20 years ago. Game creators have historically tended to favor the setting of World War II, with a list of releases three times as long as that of games set in the first world war. Until now, the most well-known first-person shooter set during the Great War was arguably Verdun, released in 2015 exclusively on Steam by Blackmill Games and M2H, with plans to launch on Xbox One and PlayStation 4. However, EA aims to change the paucity of such games with the release of Battlefield 1.

EA is not alone: Gallica Game Studio is looking to release an FPS titled The Trench 1916 in the fourth quarter of this year, and StrixLab announced its intention to release atmospheric horror game Ad Infinitum sometime in 2017; both titles are set during WWI.

A serene sky over a ruined edifice.

It’s an exciting shift in mindset – creators are perhaps looking to revitalize the tired FPS genre by exploring a less popular era of history. And Battlefield 1 makes that shift look incredibly appetizing indeed. Beyond mere vistas of stormy skies, crumbling structures, and verdant countrysides, Battlefield 1 also seeks to inject a level of historical accuracy to the game. Players will be able to make use of various WWI-era vehicles such as biplane aircraft and zeppelins, as well as mount horses into war.

The Battlefield 1 arsenal includes weapons like bolt-action rifles, artillery, flamethrowers, and deadly mustard gas. Along with a reworked combat system, new melee weapons were introduced: players can now bludgeon, hack, or slash opponents with anything from a bayonet to a trench club.

Battlefield 1 is slated for release on the PC, PlayStation 4, and Xbox One October 21, 2016. Watch the official gameplay trailer below:

Civilization VI video takes a look at the Egyptians