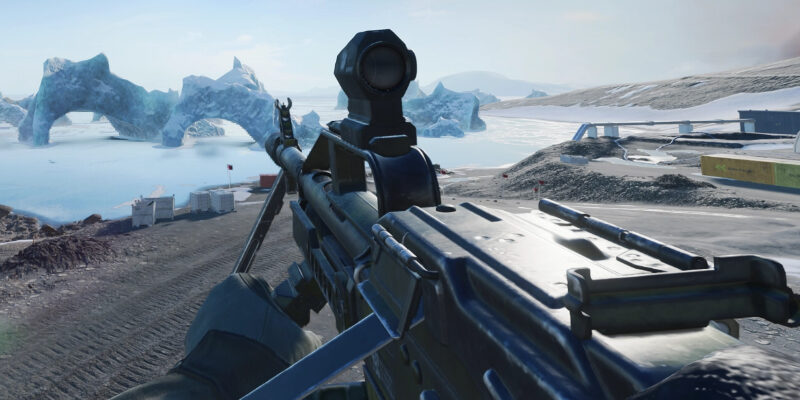 With 128-player lobbies being playable in Battlefield 2042, there are opportunities for some epic kill feeds. Most guns can only get three or four kills before reloading, though due to their limited magazine size. But this is not a problem for a light machine gun. Of the light machine guns in Battlefield 2042, the PKP-BP stands clear at the top. With the right build, this beast can mow down entire squads before they can even react.

The PKP-BP has an unusual recoil spray pattern. It starts off very inaccurate, but quickly becomes laser precise. This makes it an outstanding weapon at long range, as it has great damage and is easy to control even at extreme distances. To take advantage of this, but not make yourself too vulnerable up close, it is best to use a medium-ranged optic. The XDR Holo sight works well for this, but some alternatives include Shan 2.5x, 8R Holo, and Bravo 3x.

To help alleviate that initial recoil, it is best to use the Warhawk Compensator barrel. This reduces horizontal recoil which makes the LMG’s bullet spread much easier to handle. The Tactical Compensator is a good alternative as it provides similar bonuses. 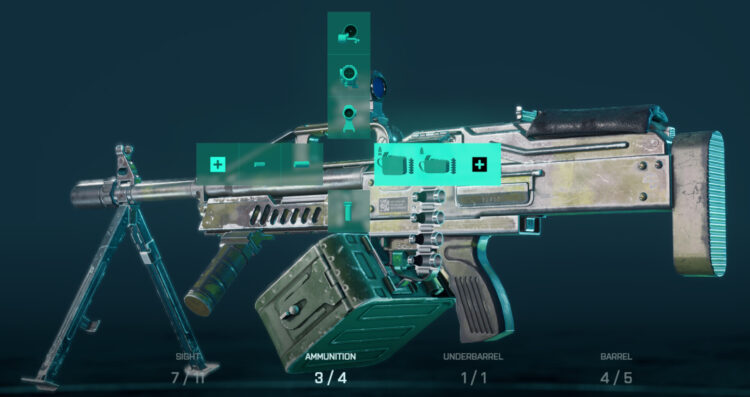 Perhaps the greatest strength of the PKP-BP lies in its High-Power/ Extended ammunition type. Not only does this hit like a truck, but it also provides a colossal 300 round magazine. Even though the reload speed is very slow with this attachment, having 300 shots to fire before having to reload more than makes up for that. This level of output is incredible for killing large groups of enemies that are clustered together.

As for the underbarrel, we opt for Factory Mounts because it is the only choice. Strangely, the PKP-BP is the only non-sniper in Battlefield 2042 that has one underbarrel attachment. Regardless, this stock attachment acts as a foregrip similar to the kinds that can be placed on other weapons. 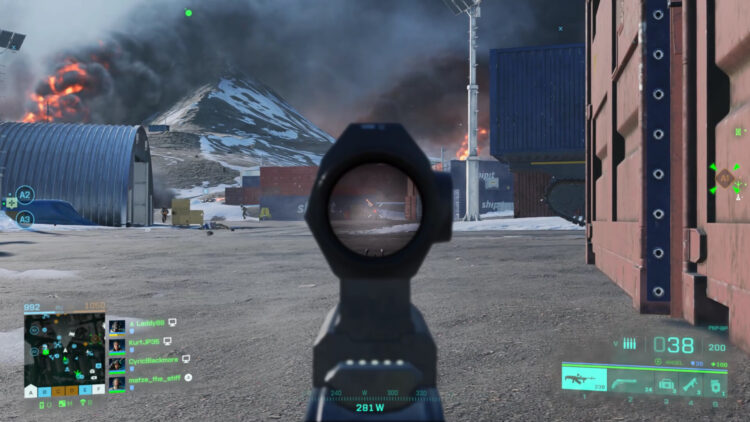 Going prone will automatically deploy the PKP’s bipod. While the bipod is deployed, overall recoil is reduced drastically, making it easier to land shots on targets far away.

It’s rare that you’ll ever have to use a secondary when using this gun, but, if it is necessary, I’d recommend opting for the M44 revolver. It can kill in one shot, which makes it a nice complementary weapon to the PKP. Although, for most gunfights, the best answer is usually to keep working through that 300 round magazine rather than pulling out a pistol.

Technically, there isn’t a go-to gadget that works especially well with the PKP-BP, but playing this loadout in an anti-vehicle role can be fun. To fulfill this role, it is best to use either the Recoilless M5 launcher or C5 Explosive. The latter deals more damage but requires you to be up close while the M5 can do a similar but less impactful job from further away. The M5 Launcher is particularly good if teamed up with a SOFLAM user, as this enables lock-on tracking for both ground and aerial vehicles.