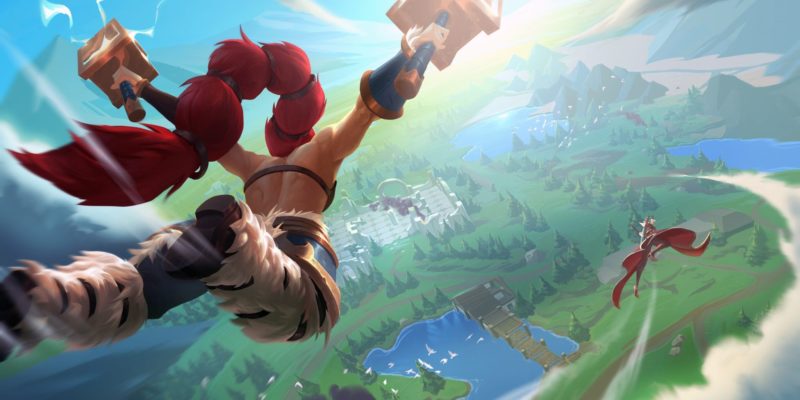 Stunlock Studios is jumping on the battle royale bandwagon with the announcement of Battlerite Battle Royale mode.

Battlerite is the free to play top-down team brawler and they say that this new mode is a combination of an Action MOBA/Arena Brawler and the Battle Royale survival gameplay. The maps for this new mode will be thirty times larger than the current arenas and instead of the usual one hundred players we are used to seeing, the mode will be twenty players on a deathmatch island.

“With a top-down Battle Royale mode we’ve set out to bring the ultimate survival experience to Action RPG and MOBA players.” said Johan Ilves, Marketing Director at Stunlock Studios. “We want to give players the excitement of a Diablo-esque exploration experience combined with the character variation of a MOBA and the thrill of a survival game. That said, I think anyone who’s looking for a fresh and different take on the Battle Royale genre will have a blast.”

It will be interesting to see if this mode will bring new players to Battlerite which has been doing quite well since it released last year. Whether it will work quite as well in a top-down view remains to be seen but expect to see more games to suddenly spawn a battle royale mode in the months ahead.

The new mode is expected to launch this summer.