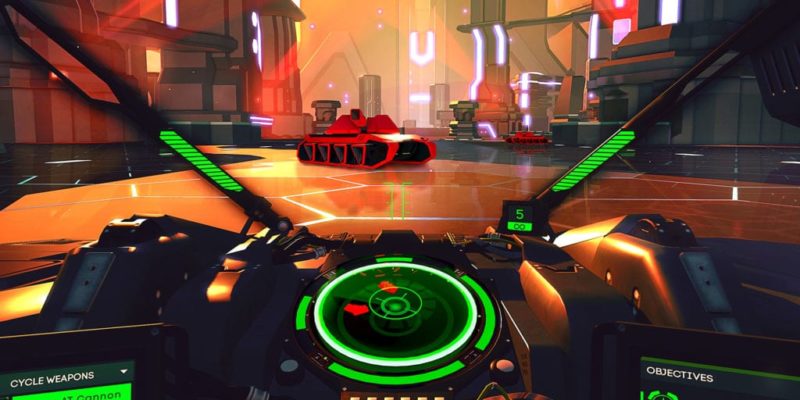 Rebellion’s reboot of the classic Battlezone was released for VR but today it’s available for all gamers with the Battlezone Gold Edition.

To celebrate the launch of this new version, the game has been discounted by 10% for the first week. Players drop into their tank’s cockpit and battle their way through procedurally generated levels for up to 1-4 players. There’s also drop-in, drop-out co-op which works incredibly well.

VR gamers who already own the gamer get this updated version for free which means you have the choice of either playing in VR or on a monitor.

The game can be picked up on Steam now and check out our review if you want to find out more.