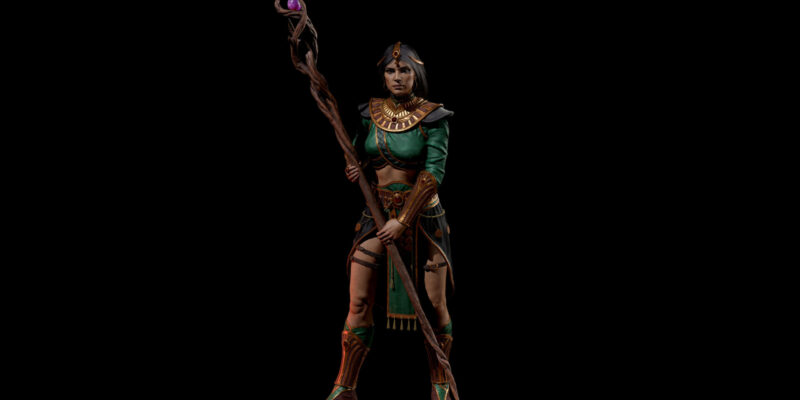 If you’ve played online at all since the release of Diablo II: Resurrected, chances are that you’ve joined many games populated entirely by Sorceresses. This popularity is chiefly attributed to the Teleport skill, which combines with the Sorceress’ relative gear independence and Static Field to make the class a great season starter. Thus, this article in our best Diablo II: Resurrected class builds series will feature the Sorceress.

The format follows our best Paladin builds article. Below, you will find our top 4 choices for Sorceress builds, a short description for each of the builds, and links to complete build guides for good measure. Once again, this list comes courtesy of PC Invasion’s sister site Icy Veins. Check out the build guides below, and check out the Icy Veins site for even more guides. Happy grinding!

We’re starting today’s list off with the classic Fire Sorceress. Nothing beats the feeling of conjuring large Fire Balls out of thin air and using Meteors to simultaneously cook and crush one’s enemies. The Fire Sorceress is a simple, tried-and-true build specializing in area of effect damage that works well from the very start of the game.

The main downside? As with most single-element builds, the Fire Sorceress cannot deal with monsters who are immune to fire without relying on a mercenary, other players, or high-end gear. This issue is exacerbated by the fact that fire immunity is by far the most common immunity, making it the hardest one to break in general. Fortunately, Teleport makes bypassing troublesome foes easy.

Meteorb is a portemanteau word combining Meteor and Frozen Orb, the build’s two primary skills. What sets the Meteorb Sorceress apart from other Sorceress builds is its use of two distinct elements – fire and cold – to help mitigate the class’ weakness to elemental immunities. Frozen Orb and Meteor also synergize particularly well in combat, as chilled monsters are significantly easier to hit with Meteor.

Versatility has its price, however. Some of the most powerful item modifiers, including skill tree bonuses, elemental damage, and resistance reduction, are specific to a single element. Any such modifiers will therefore benefit only Frozen Orb or Meteor. Furthermore, having to spread one’s skill points between two skill trees leaves either Frozen Orb or Meteor not fully synergized. As such, Meteorb Sorceresses always deal less damage than their pure counterparts, although this only becomes apparent with expensive gear.

Worry not about elemental immunities with our Meteorb Sorceress build guide for Diablo II: Resurrected.

Cold Sorceresses have been the subject of much discussion in Resurrected due to some mechanical changes to Cold Mastery, which now allows cold damage to pierce through cold immunity at the normal 20% effectiveness. Whether or not this change was intentional is unclear, but it is a buff to the most popular starter build in the game.

Blizzard Sorceresses are notorious for their ability to progress quickly and annihilate bosses on a shoestring budget. Blizzard, their namesake skill, pelts a wide area with many ice shards over time; larger targets are hit by more shards, and the commonly farmed act bosses are among the largest enemies in the game. Cold damage is also great from a defensive standpoint, as it inherently chills enemies, letting you get away with even less vitals than many other builds.

As far as weaknesses go, Blizzard Sorceresses must deal with a fairly common cold immunity problem (although the Cold Mastery change outlined above helps mitigate this somewhat). And given the popularity of the build, quality cold gear is always going to be very expensive.

You can still be the coolest Sorceress around with our Blizzard Sorceress build guide for Diablo II: Resurrected.

Fire has its consistency, cold has its chilling effect. What does lightning get? Raw damage. As is tradition in Diablo II, lightning damage is also chaotic, with extremely low minimum damage and very high maximum damage. The Sorceress’ lightning skills are no exception to this, but they make up for this randomness entirely with extremely high average damage potential. It’s also worth noting that lightning immunity is by far the least common of the three, making the element more versatile than its counterparts.

The rather unoriginally named Lightning, the build’s main skill, is particularly powerful against lined-up monsters thanks to its piercing property. Charged Bolt does not pierce but instead “shotguns,” allowing its 24 bolts to hit isolated targets – such as bosses – for massive damage when positioned properly. Since both Lightning and Charged Bolt require excellent positioning to use well, Lightning Sorceresses are not recommended to newer players. Also, the build requires good gear to truly shine, but shine it does once over that hump.

Light the way with our Lightning Sorceress build guide for Diablo II: Resurrected.

Stay tuned for our next article in this series, where we’ll be covering the best Necromancer builds in Diablo II: Resurrected. 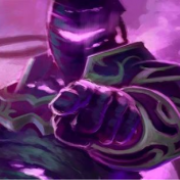 Demon Turf preview — Look at what the bats dragged in